After the successful landing of civilians going fartherest to space in history, SpaceX’s Elon Musk replies under a tweet saying that the president is not acknowledging this historic flight. Musk replied, “He’s still sleeping.” Usually, Musk doesn’t get into politics, and recently he even stated that he would prefer to stay out of politics. 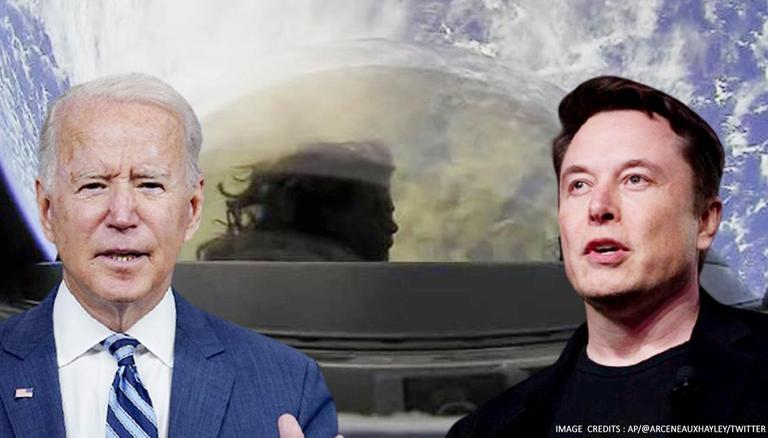 However, somehow Musk was promoted to reply under that tweet mocking the President of United States, Joe Biden. Earlier when former President Donald Trump was in the presidency, Trump often called Biden-“Sleepy Joe”. Most recently, Trump as a response to Biden going to a summit with Russian President Vladimir Putin, Trump gave a sarcastic message. Saying, “Good luck to Biden in dealing with President Putin— don’t fall asleep during the meeting, and please give him my warmest regards!”

More or less, it looks like Elon Musk is not only well into engineering, innovations, and other creations, but also politics. Besides, SpaceX has good relationships with the federal government as they have many launches schedules from NASA. The company has already flown around 10 people for NASA to the International Space Station.

But that doesn’t mean the fact that Elon Musk’s Tesla was in good relations with the government. Recently when the White House schedules an EV event for the major automakers in the country. Tesla is the most American-made vehicle in the country, was not invited to the event. Furthermore, when asked about the reason behind this, the White House representative couldn’t give a proper answer.

Musk and the US government

Later after the news of the new incentive program was announced, Elon Musk said on September 12, “This is written by Ford/UAW lobbyists, as they make their electric car in Mexico. Not obvious how this serves American taxpayers.”

However, there are controversies on this subject, as the Washington Post stated that earlier the government-supported Elon Musk. And added that now as they are supporting Detroit, Musk isn’t happy. But, Tesla isn’t the only company to be losing because of the incentive program, even Honda and Toyota have expressed their disagreement with the program.

Furthermore, Musk’s SpaceX is under investigation for the acquisition which points out that the company preferred candidates for job-based on their citizenship status. Regardless of all the fights, Tesla continues to boost its sales. It is predicted that the company will be selling 1.3 million cars by 2022. Elon Musk’s companies seem to dominate the industries irrespective of their relationship with the government.

Update: Jeff Bezos congratulates Elon Musk for the launch. Known to fight battles, they are now seen to be congratulating and replying “Thank you” on Twitter.