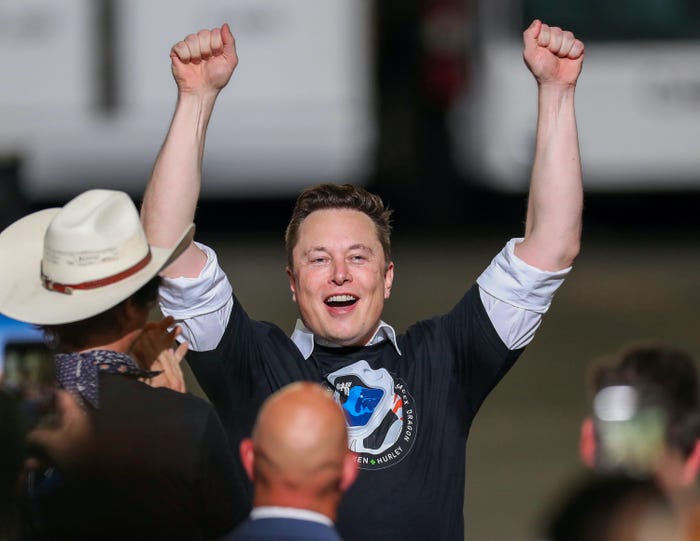 SpaceX set a new record on Wednesday when it recovered its 100th orbital class rocket booster while launching new supplies to the International Space Station. The first stage booster that drives the Falcon-9 rocket returned to the Just Read the Instructions droneship in a picture-perfect separation and landing.

Elon Musk’s business is credited with developing the very successful reusable rockets that have delivered not just supplies to the space station, but also satellites into orbit and humans into space. The boosters touched the droneship before shutting down, marking the rocket’s 100th successful landing in the Atlantic.

“Still kinda hard to believe it is working”

The @SpaceX #CargoDragon is due to launch at 5:06am ET on Tuesday and dock to the station at 4:30am on Wednesday. https://t.co/GjgI6ypJWs

The uncrewed Dragon 2 spacecraft C209, which is carrying 3 tonnes (6500 kg) of cargo, is now securely in orbit and will dock with the ISS for the second time as early as 4:30 a.m. EDT (09:30 a.m. UTC) on Wednesday, December 22nd. It will be the capsule’s second trip to the space station in less than six months.

SpaceX has risen to the top of the list of companies that have commercialised space launches. The Falcon-9, the company’s workhorse, has been launched 132 times thus far, with 92 landings. The boosters have been reflown 74 times by the business. The two-stage rocket is the first reusable orbital-class rocket in the world.

Because of the reusability, SpaceX can re-fly the most expensive elements of the rocket, lowering the cost of operating. The 70-meter-tall rocket has a payload capacity of 5,49,054 kilos. Flacon-9 is also capable of launching a mass of 4,020 kilos to Mars.

The spacecraft will arrive at the floating outpost on Wednesday, docking at its forward-facing port dubbed Harmony module at roughly 4:38 am EST (3:08 pm IST) (3:08 pm IST).

The arrival from the Space Station will be monitored by Nasa astronauts Raja Chari and Thomas Marshburn.

According to Nasa, the spacecraft will remain tethered to the orbiting outpost for nearly a month before returning to Earth with research and return cargo, splashing down off the coast of Florida.