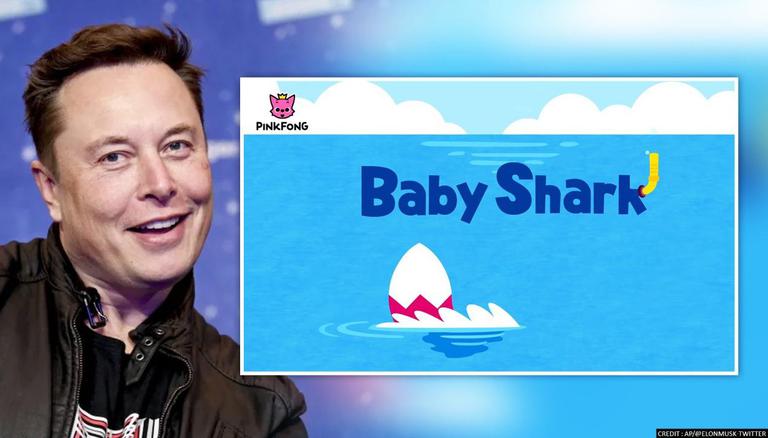 Elon Musk, founder and CEO of Tesla and SpaceX is one of the most influential people on the planet and he has yet again proven his worth by shaking the share values of a viral YouTube video, “Baby Shark”.

It has really become a new phenomenon that whenever Elon Musk tweets about another company or product, the share markets surge for that company. Recently, in response to a clip shared by the official Twitter account of South Park, an animated comedy series, about the viral and extremely popular kids’ song “Baby Shark” YouTube video, the billionaire Tesla founder tweeted “Baby Shark Crushes all! More views than humans.”

Musk tweeted this to his 56.3 million Twitter followers and guess what, Baby Shark actually crushed it all in a market surge following the tweet. As mentioned in a report by The Guardian, the latest tweet posted by Musk about Baby Shark YouTube video sparked a surge in the South Korean company, Samsung Publishing which is the second-largest investor in the Baby Shark creator, SmartStudy and the value of its shares jumped by 10% and ultimately settled at 6% higher on the Korean Stock Exchange.

This is the power of influence on the internet and Elon Musk seems to be the brand ambassador of influence on Twitter lately. As mentioned earlier, this is not the first time that Musk has tweeted ‘for’ something and it has shaken the share market entirely.

If you remember, concerning the WhatsApp controversy where Facebook Inc. was highly criticised for abusing its dominant position in the technology industry and forcing users to accept its new terms of service and privacy policies, users intentionally mass quit WhatsApp for alternatives like Signal and Telegram. Musk tweeted in favour of Signal and boom, the share market crashed, there was a sudden surge in share values of Signal.

Samsung Publishing, the second largest shareholder in the producer of the “Baby Shark” viral YouTube song, surged to its highest level in more than a month after Elon Musk tweeted about the kiddie pop jingle https://t.co/Xt0bf72Ms1 pic.twitter.com/y78ud6IJ9n

Similarly, not very long ago, the Tesla founder joked about a dog meme-based cryptocurrency “Dogecoin” and its shares soared more than 50%. Elon Musk’s tweets act like a catalyst to these companies and it has just become an active repetitive phenomenon.

Coming back to Baby Shark, Musk mentioned in his tweet, “more views than humans”, this is where he references the views on the Baby Shark YouTube video- 8.3 billion views and back in 2020, the population of the world was estimated to be somewhere close to but less than 8 billion. Thus, Baby Shark has more views than all the people of the world. As mention before it is a very popular kids jingle that just got even more popular after Musk’s tweet.