Employees at Activision Blizzard stage a walkout in response to the sexual harassment lawsuit against the company.

The employees at Activision Blizzard are staging a walkout following the sexual harassment lawsuit against the company. Recently the company made headlines after the state of California filed a lawsuit claiming that the company was a “breeding ground for harassment and discrimination against women.” Netizens were furious following the news and express their anger and fury at the company for being absolutely callous and non-accountable in the face of a critical issue. There were several reactions on Twitter as users called out the company on its loose morals and urged others to boycott the games. And this Wednesday as the employees planned to stage a walkout in response to the rather lethargic response of the leadership, Twitter came together expressing solidarity and support for the cause. Soon enough, #ActiBlizzWalkout was trending on Twitter as users from around the world raised their voices in support. 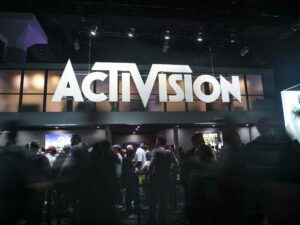 There is no further explanation or detail required as the horrific details concerning the work culture of the company was revealed in the lawsuit. It had left majority of the world shaken and shocked, as it opened a can of worms revealing the unsafe and unfair conditions under which women are forced to work. The walkout is in response to the statement from the company’s leadership which according to a group of employees failed to reflect their values. If the big fishes in the company thought that people will easily forget the “frat house” environment, they were absolutely wrong. Because the voices are being raised in response to the injustice and it is echoed far and wide.

It is not new knowledge that every news of importance passes through Twitter. In fact, Twitter has emerged to be the social media platform where the voices attain the maximum frequency and strength. This is well reflected in the case of Activision Blizzard. Ever since the plans for a walkout were revealed, Twitterati is going all out asking and urging people to stand together by those clamoring for justice and equal treatment. Here is a small peek into the echoes of this voice.

When people come together for a cause, change is inevitable.

If lack of accountability has a solid form, here it is.

Activision Blizzard only sent their updated response to the lawsuit after employees issued their open letter and caused their stock prices to go down. Remember this image the next time you think about giving them an inch.#ActivisionBlizzard #actiblizzardwalkout pic.twitter.com/N33Tsg2QzH

Workers at Activision Blizzard are staging a walkout today to demand better working conditions for women and other marginalized groups & to protest the company's dismissive response to sexual harassment and discrimination lawsuit #actiblizzardwalkout https://t.co/A3CEZe2w3U

As a woman who currently works in the gaming industry, and is well aware of its male-dominant culture, I stand in solidarity with the victims of sexual harassment and the striking workers at Activation Blizzard. #actiblizzardwalkouthttps://t.co/EWEBU23d45

Strength is not always about power. Sometimes it is about unity.

The walkout starts today! Passing the message along. No games or purchases to this company from me. Here's some donation links people have been posting! #actiblizzardwalkout pic.twitter.com/W7cufXiwZ9

Their needs are actually more than “more than reasonable.” What they are asking for is basic human rights. And to think that they were denied that!

I'm so inspired and heartened by the community of passionate, brave, and dedicated people pushing for change. I haven't been here long but you're all paving the way for us newbies to feel safe & welcome 💙

I absolutely support everyone taking part in #actiblizzardwalkout. Anyone and everyone should feel safe in their workplace, free from harassment or discrimination. Decency and professionalism should be normal for all.

These responses imply one undeniable fact that no matter what truth always comes forth. And when there are strong and determined minds to fight for that, change will happen on its own.