End of the line finally coming for BlackBerry devices

BlackBerry, the once-dominant provider of smart mobile devices, recently announced that it would be abandoning essential services that support its devices. The phones will no longer receive provisioning services as of January 4th, meaning they will gradually lose their capacity to connect to networks, including the cellular network. 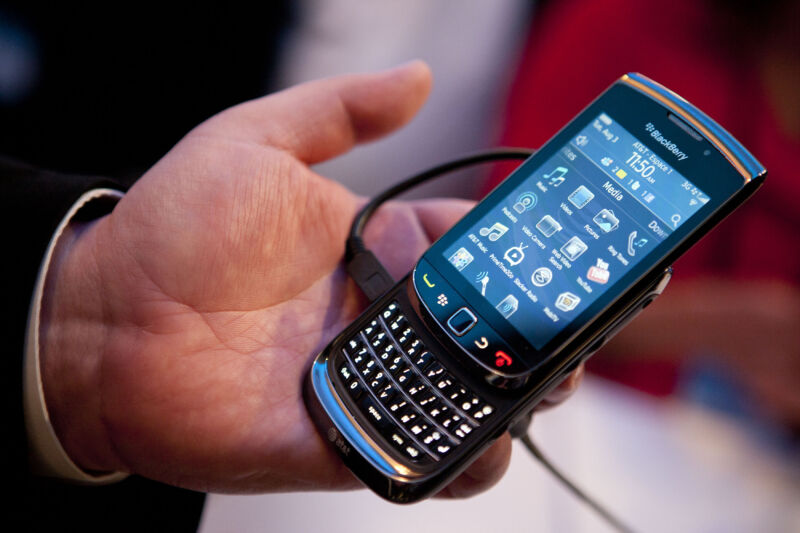 If you weren’t using cell phones at the time, it might be tough to believe, but BlackBerry previously ruled the smartphone industry. Because the services it supplied were often run through BlackBerry servers, which allowed for high levels of security and control, its keyboard-based hardware was frequently embraced in corporate settings. Early internal builds of Android resembled a cheap BlackBerry imitation rather than the cheap iPhone knockoff that was subsequently released, indicating its relevance.

Unlike the developers of Android, BlackBerry’s leadership was caught off guard by the iPhone’s success. It shunned on-screen keyboards and relied on its monopoly on corporate services to keep its market share. It took Apple more than a year after the iPhone’s release to introduce its own touch screen phone, and its software was an uncomfortable blend of old and new for a long time after that. Meanwhile, business users have fallen in love with their Apple and Android phones, forcing IT departments to support them.

BlackBerry subsequently stopped making phones and began launching Android-based alternatives before abandoning the hardware market entirely (it now primarily provides corporate security services). The most recent version of the BlackBerry OS was launched in 2013, hence the devices impacted are already quite old. It has already over-delivered on its commitments, as the promised term of support ended almost a year ago.

The impact of the cessation of support is described in depth on a FAQ website maintained by the former device maker. The most significant change is that BlackBerry will no longer give these devices provisioning updates. Provisioning information describes how devices should connect to various forms of networking equipment, such as cellular and WiFi networks. As a result, at some unspecified time in the future, service provider networking changes will prevent BlackBerry devices from connecting. As a result, BlackBerry’s devices “will no longer be expected to function consistently, including for data, phone calls, SMS, and 9-1-1 capabilities,” according to the company.

There were a few software services that required access to BlackBerry servers to function. So, if you rely on BlackBerry World or BlackBerry Link, those services will stop working on July 4th.The number of persons who will be impacted by this is really minimal. Nonetheless, it serves as a visible marker of the decline of a once-powerful technology.