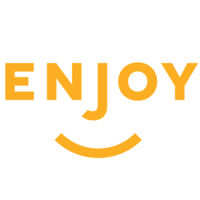 The retail startup, based in Palo Alto, California stated that it plans to sell its US assets to technology repair company, Asurion LLC. Reportedly, the company agreed to give about $55 million of financing so Enjoy Technology can operate at this juncture. Mainly, as it reorganises under Chapter 11 protection from creditors with the Delaware US bankruptcy court.

Ron Johnson, ex-Apple and JC Penney executive, founded Enjoy in 2014. The startup mainly operates what it refers to as mobile retail outlets that allow customers to purchase smartphones, along with other technology that they can set up at their homes.

However, in a filing at court, a restructuring adviser stated that Enjoy Technology has witnessed struggles with declining liquidity. Partly, this was owing to significant number of SPAC investors taking back their money, along with the ‘supply chain crisis,’ as well as an inability to retain its staff.

The retailer stated that it just has $523,000 cash in hand at the moment. Alongside, it noted that its British unit is under the process of eliminating 411 jobs, which came to around 18% of the total workforce of the company. Special-purpose acquisition companies, or blank-check companies are mainly listed shell entities that allow sponsors to take private companies public quicker than by means of traditional initial public offerings.

Reportedly, various investors are pulling pack from such SPACs as the vehicles go on to face strict regulatory scrutiny. According to critics, these vehicles are somewhat possible to face conflict of interest and shoddy due diligence.

Since the closure of the mergers, the share prices of 291 companies, that ended up going public by means of SPAC from 2019 to 2021, have fallen approximately 58%. This was specified by Jay Ritter, financing professor at University of Florida, and cited data from SPACResearch.com.

When working at Apple, Johnson rose to become a star executive overseeing the its retail stores’ growth. Though he became the CEO of JC Penney in November 2011, he was ousted just 17 month following his turnaround plan. Mainly, this plan emphasised fixed prices, and eschewing coupons, which alienated customers who were used to big discounts. The shares of the retailer were down 27.8% at 21 cents, which peaked at $12.16 in October last year.