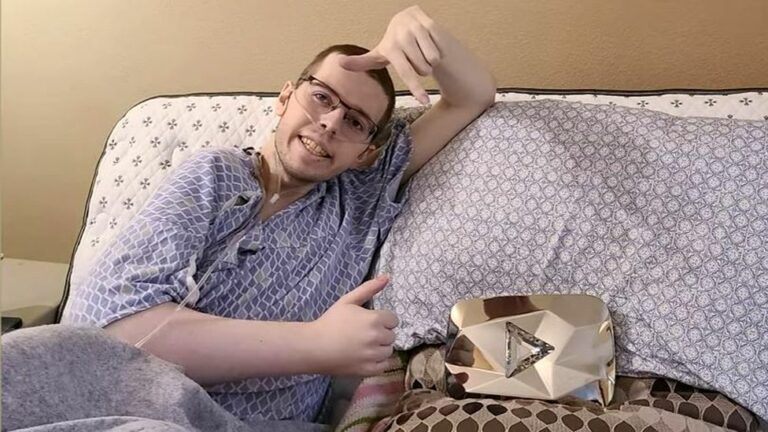 Technoblade revealed that his real name was Alex
Home
Gaming

Renowned YouTuber Technoblade famous for his Minecraft videos on YouTube passed away a few hours ago. 23-year-old Alex was suffering from cancer.

In a video uploaded on his channel on YouTube, Technoblade thanked his fans for the support he received over the years.

In the video titled “so long nerds”, his father first appears and tells that Technoblade asked him to read a message he wrote to all the viewers.

Video then shifts to a Minecraft game video with the background voice of his dad saying “Hello everyone, Technoblade here. If you’re watching this, I am dead,”. “Thank you all for supporting my content over the years. If I had another 100 lives, I think I would choose to be Technoblade again every single time, as those were the happiest years of my life.”

He apologized to everyone for “selling out so much in the past year” referring to the merchandise he offered to his subscribers on YouTube. Then he adds to the statement that because of the merchandise sale, his siblings can now go to college.

Alex’s father then described how difficult it was for Technoblade to write the script for the final video, as he was suffering from his illness. He wrote it from his bed and passed away a few hours later. His dad added that even though he was not able to convey everything he wanted to say, all the important points were written clearly.

After finishing the script, he lived for eight more hours.

A few months ago, in August 2021, Technoblade informed his YouTube audience that he got diagnosed with cancer. He said that his right arm was hurting badly since July 2021. Even though he first thought it was repetitive strain syndrome, once he consulted a doctor they diagnosed him with sarcoma. Sarcoma is a malignant tumour, a type of cancer which affects connective tissues in an individual’s body. Alex was diagnosed with stage 4 Sarcoma cancer.

Last December, Technoblade through another video explained how he nearly escaped from getting his arm amputated.

In a statement at the end of his last video, family members of Technoblade said he used to respect and adore his fans a lot. The statement said that the last few months had been difficult for YouTube, but still, he fought all of it using his strategy and game. It went on to say Technoblade was a good human being his entire life. He did not want sensational recognition and therefore kept his identity private.

The family thanked all his friends and followers and requested them to make sure his identity and family identity is kept private in the coming future.