The European Union (EU) is reportedly investigating a digital private key leak in forged COVID passports, which were being used to allow the likes of Adolf Hitler, Mickey Mouse, and Sponge Bob to cross the borders of the Union. The digital key is apparently used to certify and validate COVID vaccinations, successful recovery, and negative tests from the disease. 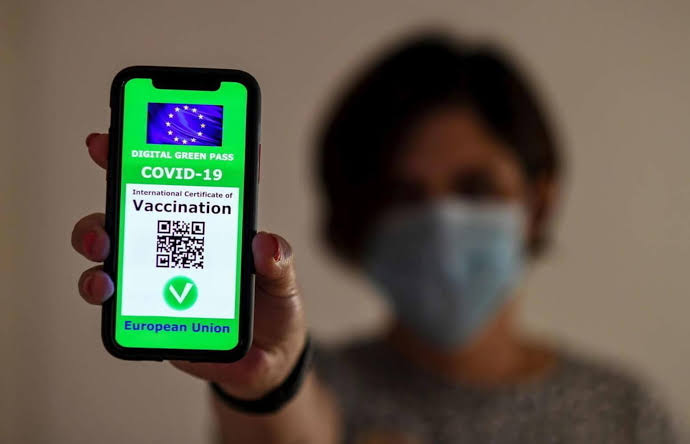 The digital passports are known as “Green Passes,” and allow EU citizens to cross national borders without any hassle, by acting as proof that they are not expected to be carriers of the novel coronavirus. However, a new report by Bleeping Computer claims that someone actually leaked the private digital key which was used to validate COVID statues and other information in the Green Pass, and had therefore allowed people to forge such passes either for themselves or for others.

In fact, they are also on sale online, with the demanded prices being as high as $300. Users have also reported seeing the key in circulation across messaging apps like Telegram.

The alarm was first raised on Twitter by white-hat hacker reversebrain, who has claimed that the key has been leaked, through a post which also includes an image that a forged COVID certificate is valid (as recognized by the EU’s official Verifica C19 apps). But it was quickly verified that the same was no longer being recognized, and it is believed that the Green Pass system revoked the key which was used to create it in the first place.

Nevertheless, the report does say that the certificate for Hitler are still being treated as valid by the Verifica C19 app on both iOS and Android.

An EU spokesperson has since admitted that they are aware of “alleged fraudulent manipulations” of the EU Covid Certificate QR code, adding that they are currently following the developments and remain in contact with member states and their authorities.

Remedial actions are also being put in place, said the spokesperson, while also mentioning that the European Union as a whole “firmly condemn this malicious act,” which was probably put in practice with the intent of interfering in a strategic area, one that has gained extreme importance over the last one year as countries have been trying to ease travel restrictions across borders, even with the COVID still posing significant problems to normal, pre-pandemic movements.