Shares in electric vehicle firm Rivian soared when they started trading on Wednesday, boosting the market value of the firm to $100bn (£74bn). Shares trade on the Nasdaq under the ticker symbol “RIVN.”

It all starts with Amazon.com Inc., which put Rivian Automotive Inc. on the map two years ago when it announced it was buying 100,000 electric vans from the company to deliver packages to e-commerce customers.

Rivian is already being compared to Elon Musk’s Tesla, which transformed the market for electric cars. The company has beaten its rivalries including  Ford and General Motors to design and produce a pick-up truck and is due to start rolling out its sports utility vehicle (SUV) in December and a delivery van in 2023.

“Rivian exists to create products and services that help our planet transition to carbon-neutral energy and transportation,” said RJ Scaringe, the company’s founder and chief executive, in the firm’s submission to the Securities and Exchange Commission (SEC), ahead of the share flotation.

“This is what inspired me to start Rivian, and it’s what drives every decision we make as an organization.” 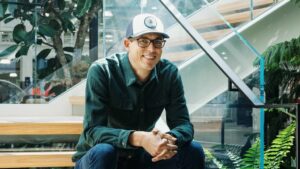 The firm was founded in 2009 as Mainstream Motors. It was changed in 2011 to Rivian, a name derived from “Indian River”.

Originally Mr. Scaringe pursued the idea of an electric sports car but later changed track to focus on trucks and vans.

They began deliveries of its R1T truck in September, while its R1S truck won’t begin deliveries until early 2022. Rivian already has more than 55,000 pre-orders for its vehicles. The R1T and R1S vehicles start at about $70,000, according to Rivian’s website.

Rivian shares surged ]over 50 percent in its NASDAQ debut on Wednesday. On that day shares were traded at $78 per share. Rivian shares closed at $100.73, marking a nearly 30 per cent jump from its offering price. It made Rivian the second most valuable U.S. automaker after Tesla Inc, which is worth $1.06 trillion.

However, they just having started selling vehicles and had little revenue to report, Rivian ranked ahead of General Motors Co. at $86.05 billion, Ford Motor Co. at $77.37 billion, which is one of the investors in Rivian, and Lucid Group at $65.96 billion.

“The transition to a public company (and) the growth in our capital base” enables Rivian to develop “promising products and volume and growth in terms of new segments and new vehicles that we’ll be going into,” Rivian Chief Executive R.J. Scaringe said in an interview.

Rivian is being valued at about $76.4 billion on a fully diluted basis that accounts for stock options. That compares with a valuation of $27.6 billion after a $2.65 billion funding round in January.

Rivian had earlier marketed 135 million shares at $72 to $74 per share after soaring the range from $57 to $62. In an updated filing with the U. S. Securities and Exchange Commission.

Amazon is also Rivian’s largest shareholder, holding more than a 20% stake worth more than $12 billion.