Last year, as automakers appeared to have picked up pre-pandemic level sales, there was another challenge. Supply chain constraints with respect to semi-conductor shortage and increase in battery materials cost have impacted the EV transition. This year, most EV makers from Tesla to Rivian have hiked the prices of their vehicles. In the changing times, it is necessary to keep up their businesses profitable. 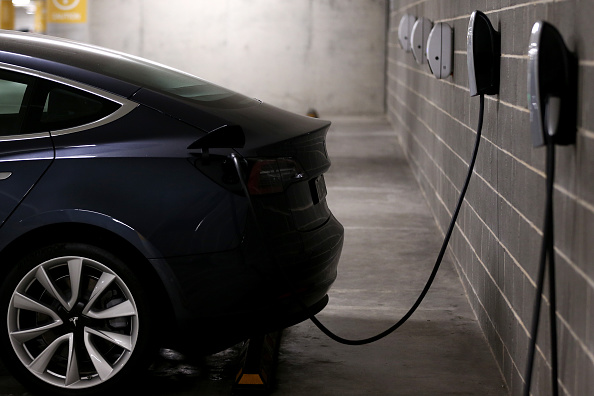 For years, battery prices have been decreasing in the past. However, as the demand kept increasing as automakers have set targets to shift to EVs by 2025 and 2030. There was a sharp increase in the demand for materials needed to build batteries. It is predicted that the EV battery price could be up by 20% in the next four years. Meanwhile, the raw materials have already become costlier as the supply chain disruption got worse with Russia’s invasion of Ukraine.

It is to note that these EVs like Tesla which has been in the industry for a long time were not always affordable for average Americans. Now as Tesla increased despite Tesla working for years to reduce the costs, the vehicles are becoming less affordable. Over the last year, the automaker increased prices many times, and twice in the month of March. Tesla’s CEO and also SpaceX CEO, Elon Musk talked about SpaceX facing challenges of the supply chain constraints. Overall, the automaker increased the price of its cheapest vehicle ‘Standard Range’ by 23% over a year, from $38,190 in February 2021 to $46,990 in May 2022.

Meanwhile, other automakers making EVs have no better luck in any case. Rivian which started manufacturing electric pickups in the third quarter of last year is already facing challenges. Initially, as the company was listed, it was highly valued with an estimate of $100 billion. Later the stock values soared and manufacturing hasn’t been impressive as well.

Rivian’s R1T vehicle price was hiked by 18% to $79,500. While the electric sedan R1S price was hiked by 21% to $84,500. The increase in price was announced on March 1. However, the automaker also announces a lower-cost vehicle version with two electric motors, not four, which are priced almost at the older prices of the vehicles.

Lucid Group is another major American EV automaker manufacturing the Lucid Air luxury sedan. It increased its vehicle price by 10% to 12% in the US. The new prices apply to the ones who order after May this year. Customers who reserved the vehicle for Lucid Air already will be paying $139,000. While those who will order from June 1 will be paying $154,000 for the Grand Touring version. The Air Touring trip will be priced at $105,400 and Air Pure at $87,400.

“The world has changed dramatically from the time we first announced Lucid Air back in September 2020,” Rawlinson told investors during the company’s earnings call.

The other automakers would be Ford, General Motors, and Nissan. These automakers already have a legacy with combustion engine vehicles in the industry. As they are focused on shifting towards electric vehicles, the supply chain constraints are known to have affected them as well. General Motors had to recall its Chevrolet Bolt last year on many occasions. The price of the vehicle is hiked by $500 compared to last year. However, the vehicle was comparatively priced at a lower price compared to the one introduced in the year 2017.

Nissan appears to have been using the same vehicle price. Currently, the Nissan Leaf is priced at $27,400 and $35,400. However, it is predicted that its upcoming vehicle Ariya EV will be priced high. It is expected to be launched in 2023 at $45,950.