Game Awards founder and host Jeff Keighley has started teasing the plans for Game Awards 2021, including its “largest list of world premieres and announcements.” While the 2020 edition of the show was a digital Livestream due to the Covid-19 pandemic, the 2021 Game Awards will be held as an in-person event at the Microsoft Theater in Los Angeles on December 9th”. After one all-digital event last year, the Game Awards will return as a live show in 2021. 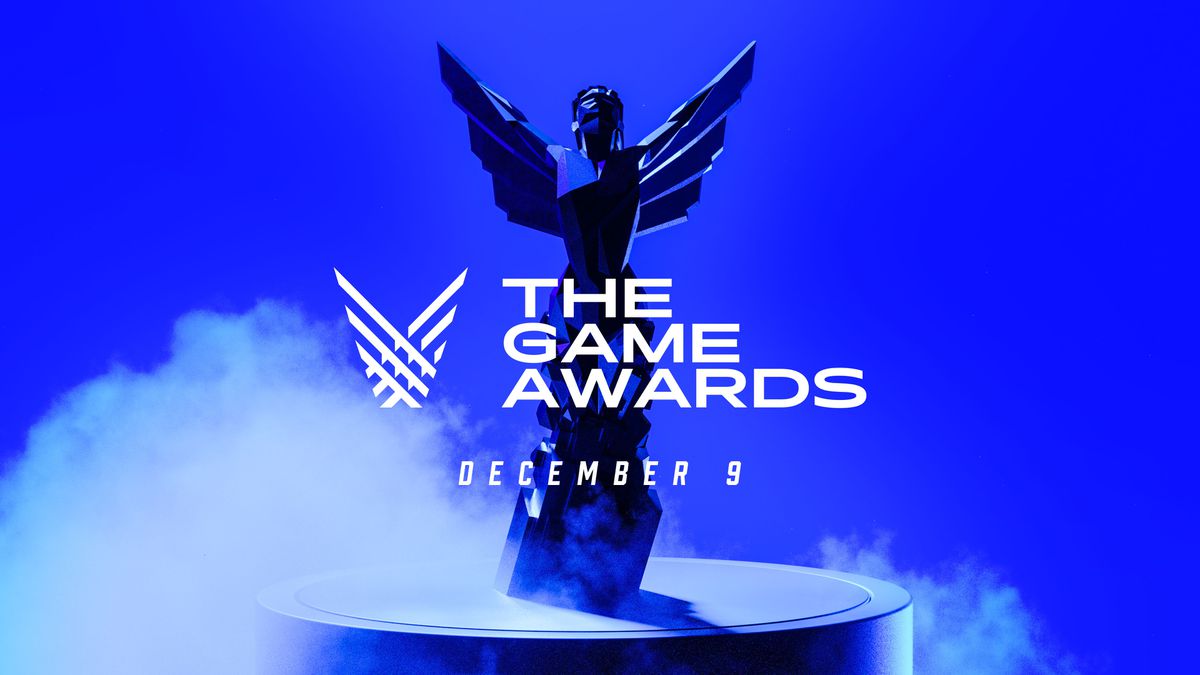 The Game Awards 2021 is the upcoming award ceremony for the best video games of 2021. The Award ceremony is back in 2021 with a list of this year’s award nominees which you can go vote on now, including the game of the year and content creator of the year.

There are several game awards events throughout the year, but Game Awards tend to be the largest – they attract fans desperate to see their favorite games win, as well as those who want to see trailers and talk about upcoming projects in 2022 and in the subsequent period. It’s great to see games win prizes when they aren’t there yet, but it’s a great way to celebrate the future of gaming at the end of each year. For a number of reasons, many of which are related to the Covid-19 pandemic, 2021 has not been the most outstanding year in video game history.

Any of the 6 nominees can take home the award for game of the year the results are based on voting according to fans and judges. The cards are tabulated and the five games that appear in the most cards are presented as candidates. To see which of your favorite personalities will be streaming the show, check out their pages before previewing and make sure you open the official stream as a backup so you don’t miss anything. 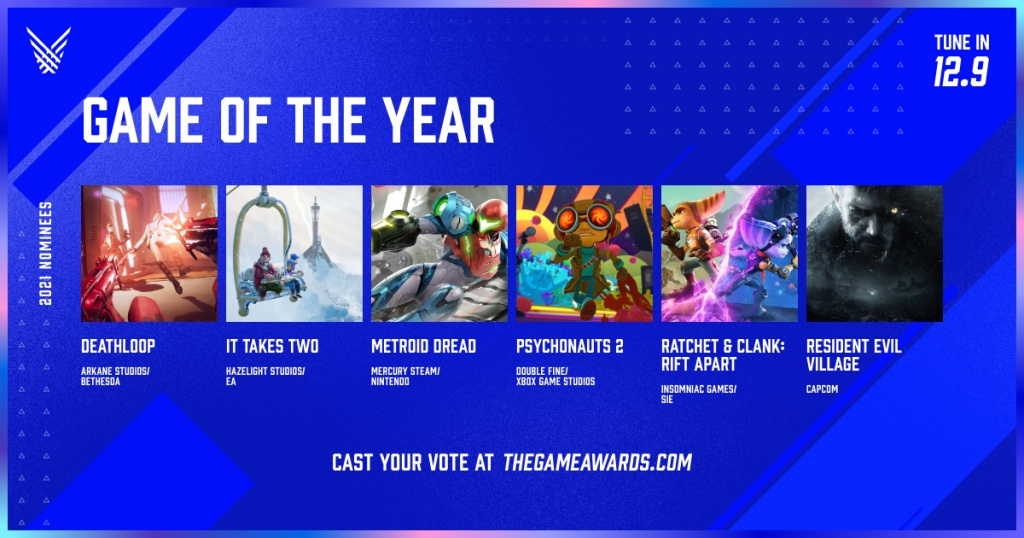 In addition to the winners, we will also see a lot of exciting news for 2022 and beyond, including trailers and new game discoveries, special in-game events, and even game demos that will be released during the show. Winners will be announced in over 30 categories for gaming and esports overall, including Game of the Year, Best Direction, Esports Team of the Year, and Esports Player of the Year. The annual celebration, hosted by Jeff Kayleigh, kicks off at the Microsoft Theater in Los Angeles, bringing with it awards for the list of past games and announcements of what’s next unless you’re lucky enough to get an invite to the Microsoft Theater in Los Angeles, you’ll need to stream the show live.

While other gaming platforms are not listed for streaming, there will likely be sales for some of the winners and other games featured throughout the event in many of them. At least we hope, so we would like to see Insomniac Games provide us with more information when TGA 2021 is released. The new game presented at the Game Awards 2021 will be “likely double-digit,” says host Jeff Keighley.

Keighley said in a podcast earlier this week that he expects “more than half” of the shows to be new game announcements. Keighley told the Washington Post this year that the event will feature six major game revelations and a series of cinematic trailers. While the store has tons of game announcements, updates, and videos, Keighley also says the actual prize-winning show will take about half of its time. He also added that among the ratings of game trailers there will be many previews, the number of which can be “double-digit”. 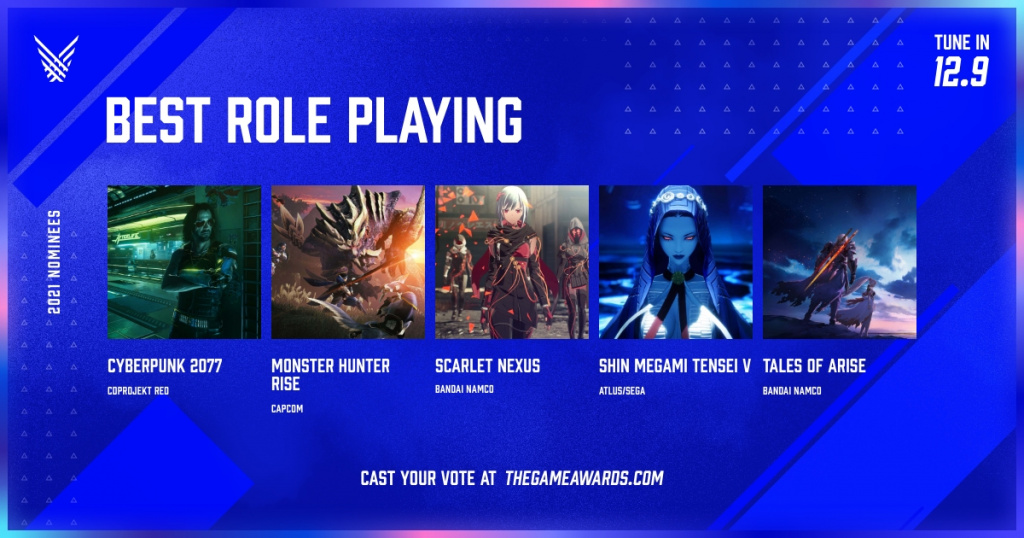 Finally, there were rumors of game demos that could be released after the show. Keigley said the show will definitely see more trailers this year for things that aren’t video games, but rather related video games, such as an inspired TV show or movie, or a re-creation of a video game. Kayleigh said the huge selection of games this year could be linked in some way to the pandemic, both due to changes in game production schedules and a reduction in video game events in which headlines can be shown.

With things like the Xbox Series X, the new Mass Effect game, and the first teasers of Bayonetta 3 revealed in previous years, fans can look forward to a lot of success this year as well. While we do not yet know which games will be announced and what announcements we will receive for the games already presented, we can still speculate. In addition, we will receive 40-50 announcements for upcoming games, including at least 10+ announcements for new games.

All that anticipation paid off during Summer Game Fest 2021 when the first full trailer was finally shown, but when it won the award for the most anticipated game in 2020, Elden Ring was still a mystery. Much of the story was revealed, the gameplay trailer gave a great idea of what to expect, and some players even got the chance to take part in a limited network test and try some of the game for themselves. We can’t wait for Elden Ring to be released, but for now, if FromSoftware can still reveal something new about Elden Ring, then it’s okay. While this is not confirmed but Studio Wildcard can also appear with some info on ‘ARK II’.

Kayleigh decided that the show would return to live events at the Microsoft Theater in Los Angeles because “he really lacks the energy for people to accept and respond to on-site awards”. Additionally, a return to the in-person event means the Game Awards Orchestra, directed by Lorne Balfe, will provide music and sideshows. The audience itself could accept a larger sample of the gaming industry, as many seem to see this year’s awards ceremony as an opportunity to personally reunite after the isolation caused by the pandemic. While this appears to be a year-end awards ceremony, more fans are tuning in to The Game Awards for E3-style game announcements and trailers than for red carpet interviews and stage performances.