Epic Games has revealed the Fortnite Chapter 3 Trailer with a new map and tons of new characters. A quick glance at the map may reveal some of the return locations from Chapter 1, but the trailer is too vague and quick to confirm anything. Like the previous Chapter, Epic has unveiled a new map with the trailer. Finally, the trailer concludes with an overview of the entire Battle Pass lineup (it looks like Gears of War characters will be sold separately) and a snapshot of the entire map above. 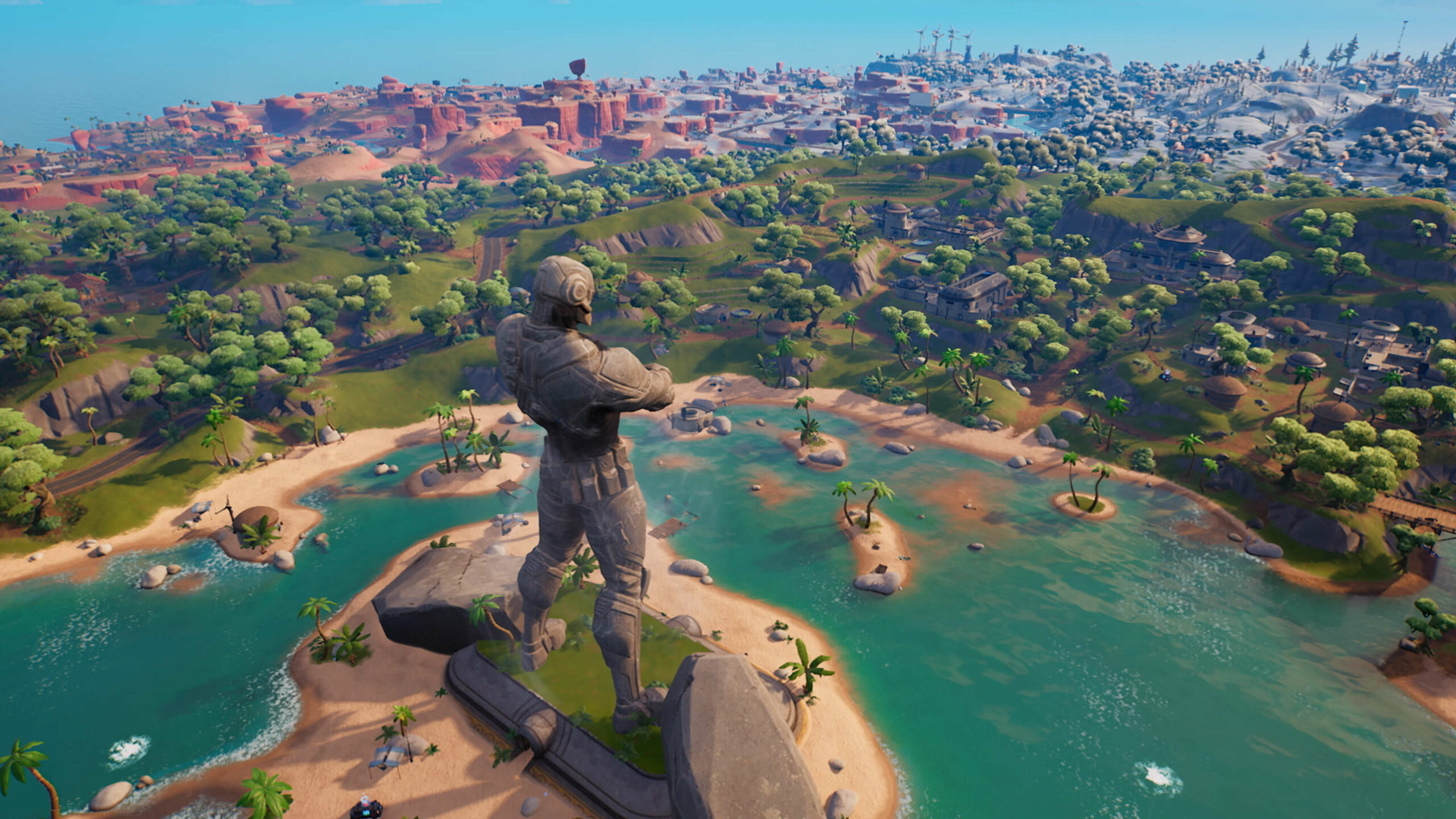 The trailer was leaked before. This is not the first time Fortnite’s official channels have leaked something and now their official TickTok leaked a teaser for the upcoming chapter 3 map. The official trailer released today shows the new skins, The Rock’s character, Spiderman, and more.

The new Chapter 3 will come as a big update to Fortnite. The image itself shows some of the classic Fortnite characters preparing for the final battle with the Queen of Cubes in her newly built Cube Pyramid POI. It looks like it confirms the rumors we’ve seen regarding Fortnite Chapter 3 Season 1: Downtime will start on December 5 and should end on December 7 with a new chapter beginning.

The official Polish Fortnite Twitter account has leaked to the Chapter 3 trailer, which says Spider-Man, Gears of War, scrolling, and shooting will appear when the chapter kicks off tomorrow. Epic is following its plans for Fortnite Chapter 3, but it looks like the content of the next chapter was accidentally leaked. Fortnite will receive one of its biggest updates in December, Chapter 3. A new chapter in the Fortnite universe will begin with Spider-Man, the creation of the Daily Bugle newspaper (along with the Symbiote outfit), and the addition of Markus, the protagonist of the Gears of War universe. According to the new Fortnite trailer, Chapter 3, Spider-Man can now be played in a variety of ways. The Spider-Man costume will be available in three styles, including the Symbiote costume.

Along with the skin, the Spiderweb Slingers will be added to the game as mythical items, and there’s an image of it sliding across the Fortnite map as shown in the trailer. The trailer offers an in-depth look at everything players can expect in Chapter 3, including all the characters that will appear in the first Battle Pass of the new season. Fortnite fans got their first glimpse of what to expect from the End of Season and Chapter 3 event. The final season of Fortnite ended on Saturday, December 4th. Epic Games wrapped up Chapter 2 after eight hectic seasons, embellished with endless Battle Royale content from October 2019. If the leaked chapter 3 ad is any indication of what is about to happen, Artemis’ island will actually be Apollo’s island, just flipped over.