Everything you Need to Know About Augur Token

Augur is a prediction market-focused decentralized oracle network and peer-to-peer driven technology. Augur is free software that is released under the GNU General Public License (GPL) and the Massachusetts Institute of Technology (MIT) licenses. It is a collection of smart contracts designed to run on the Ethereum network. 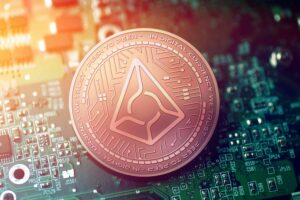 Augur is an open-source, decentralized technology that allows users to build prediction markets and bet on the outcome of events. It was launched in 2018. Augur also serves as a decentralized oracle, validating real-world occurrences and encoding the results on the blockchain.

Augur is a collection of open-source smart contracts written in Solidity that may be implemented on the Ethereum blockchain by users. Users can speculate on real-world events and settle payments for prediction markets in ETH by interacting with these smart contracts. Jack Peterson and Joey Krug established Augur in 2014. The goal for Jack and Joey was to get away from typical centralized prediction markets and biased verdicts. Their objective was to create a marketplace where people could bet on outcomes with the help of an unbiased and reliable judge.

Augur was created to help them fulfill their objective by removing the danger of self-interested conduct, corruption, and theft from the prediction market through blockchain-based decentralization.

The Forecast Foundation, a collection of developers who contribute to the protocol’s maintenance and development but do not own or control it, supports Augur. Among other constraints, the foundation does not collect fees from the protocol and has no participation in the functioning of such markets.

The Augur Protocol aims to overcome “the oracle dilemma,” which is one of the most challenging difficulties faced by decentralized app (dApp) developers when attempting to connect real-world data sources to the blockchain. The Augur oracle network enables data to be transferred from real-world data sources to the blockchain without the use of a third party.

How does an Augur work?

Augur contracts leverage Ethereum and Augur’s native token REP, which are both cryptocurrencies. Reporters on the Augur platform utilize Reputation (REP) as a staking currency to resolve disputes or results of the prediction market. Reporters cover a market by putting their REP tokens in escrow and betting on a probable outcome. Augur (REP) can operate as a decentralized oracle since the consensus of the market’s reporters is deemed truth.

A user will send a transaction to the Augur smart contracts for the market when they want to speculate on the result of a real-world event. The regulations for each event’s market are defined as the market is formed. Users may trade in a market once it has gone live until the event has occurred. Traders cancel out their holdings and collect any potential payments after the decision is confirmed and determined by Augur’s oracle mechanism. Augur (REP) has a complicated incentive structure that encourages good reporting, penalizes erroneous reporting, and penalizes passive holders who don’t invest for forks and disputes.

You might be curious about what makes Augur unique from all the other cryptocurrencies available. Well, Augur is distinguished by its decentralized, open-source contracts and governance mechanism, which enable every user to participate in fair speculation.

Augur is run by the Forecast Foundation, which is not involved in the platform’s governance and simply maintains the open-source code. Augur works with two different coins. REP (or reputation) is a staking token that reporters use to settle disputes about prediction market outcomes. Users escrow REP tokens, effectively staking them, to guarantee the result of an established market. In augur’s platform, there is a special incentive structure that encourages reporting on accurate results, penalizes reporting on incorrect outcomes, and penalizes passive holders who don’t gamble on disputes or forks.

The Forecast Foundation, a collection of developers who contribute to the protocol’s maintenance and development but do not own or control it, supports the augur protocol. Among other constraints, the foundation does not collect fees from the protocol and has no participation in the functioning of such markets.

“There is a significant link between the market cap of REP and the credibility of Augur’s forking protocol,” according to Augur’s whitepaper. If the market capitalization of REP is high enough and the attackers are economically sensible, the fork’s winner should reflect objective reality. In reality, Augur could work perfectly without the use of designated reporters and dispute rounds. The oracle would report honestly if it relied solely on the forking process.”

If Augur needs to fork, it will be extremely inconvenient and time-consuming for REP holders who use Augur markets. A single market can take up to 60 days to resolve after a fork, and only one market can be resolved at any given time. All non-completed markets are put on hold for 60 days while the market is being central. Only as a last resort would a fork be used to complete a market.

Augur has recently launched V2 of their smart contracts. It is open-source software that is free, public, and open-source, with elements licensed under the General Public License (GPL) and others under the Massachusetts Institute of Technology (MIT) license.

The augur markets are a series of open-source, Solidity-coded smart contracts that run on the Ethereum blockchain. When these smart contracts are implemented, they settle payments in ETH with participating users.

Any user may make a market based on any real-world occurrence, and trade can begin immediately. When building a market, the user creates a smart contract that contains the market’s rules. Until the event on which the market is based occurs, all users in the network have the power to trade. Traders shut out their positions and perhaps earn their payments after the decision is established using augur’s oracle technology.

Reporters cover a market by putting their REP tokens on a potential result. This is when a reporter declares the “truth,” putting his or her money on the real-world result of the market’s underlying event. The “truth” is determined by the agreement of the market’s reporters, allowing augur to function as a decentralized oracle.

REP token holders must bet their tokens on the right outcomes to obtain monetary compensation, which is a percentage of the market’s settlement fees. If a report is erroneous, the reporter is penalized, and the prospective reward monies are lost. REP holders who do not gamble on disputes or take part in a fork (a major disagreement) are fined as well. When a market is reported and the “truth” is uncovered, those who correctly anticipated the outcome get paid in ETH.

How to use an Augur

REP is largely centered within the Augur Platform to conduct transactions and speculate on outcomes. REP can also be used as a method of payment and a speculative investment instrument.

Augur markets may be accessed via a Metamask connection through the official website, Augur.net. After connecting their wallet, users may start trading in any of the Augur platform’s existing and open markets.

Users can consult the documentation in the Augur Help Center for further information about Augur smart contracts and the REP token.

How to Choose an Augur Wallet

Is this the first time you are buying Augur? You don’t know when and where to get started?

The sort of Augur (REP) wallet you pick will most likely be determined by the purpose for which it will be used and the amount of data it will hold.

Hardware wallets, also known as cold wallets, are the safest solution for offline storage and backup. Both the Ledger and Trezor hardware wallets support REP storage and staking/voting. Hardware wallets, on the other hand, have a steeper learning curve and are more costly. As a result, more experienced users may be better suited to holding bigger quantities of REP.

Software wallets offer a different solution that is both free and simple to use. They might be custodial or non-custodial and can be downloaded as smartphone or desktop apps. With custodial wallets, the service provider manages and backs up your private keys on your behalf. Non-custodial wallets hold private keys on your device using security components. While handy, they are considered less secure than hardware wallets and may be better suited to users with lower quantities of Augur (REP) or those who are new to Augur (REP).

Online wallets, often known as online wallets, are likewise free and simple to use and can be accessed from a variety of devices using a web browser. They’re referred to as “hot wallets,” and they’re less secure than hardware or software alternatives. You should choose a reliable business with a track record in security and custody because you would be entrusting the platform with your REP. As a result, they’re best for retaining smaller sums of money or for more experienced traders who trade frequently.

Everything else you need to know about Augur:

Augur’s Reputation currency (REP) is an Ethereum token that can be used to report and dispute the outcomes of events in online prediction markets. Reporters are paid for accurately predicting the result of events.

The price of REP, like Bitcoin, is determined at any one time by the collective buying and selling of millions of individuals all over the world. Crypto exchanges like Kriptomat or one of the many other cryptocurrency tracking services may keep you up to speed on the latest market activity and news. The current price of Augur (REP) is 14.62 EUR. REP had a 24-hour trading volume of 12,001,527 €. With a market value of 101,255,359 Euro, REP is currently ranked #423 among all cryptocurrencies in terms of total market capitalization. There is 6,893,659 REP in circulation. Markets have already been launched for REP staking. Users may place bets on the result of any market they choose to be a part of. REP does not provide yield farming services.

What are the minimum and maximum amounts that may be withdrawn?

On-chain and through our platform, Coinbase has put in place measures to maintain a healthy and efficient network.

Minimum and maximum quantities for each coin we enable consumers to transmit over the blockchain are included in these protections. 0.01 REP is the bare minimum. 4,800 REP is the maximum number of reps you may earn.

In conclusion, Augur is a well-established cryptocurrency that has overcome several challenges. Due to the lack of entrance hurdles, it offers a unique value proposition in terms of speculation, which many investors may find appealing.

Augur has built a unique value proposition as an oracle maintained exclusively by its users by allowing users to construct their decentralized markets.