Everything You Need to Know About Enzyme

Enzyme’s goal is to decentralize traditional asset management, which has traditionally been the domain of professional financial advisors and organizations. The concept is that the MLN cryptocurrency will lower the barriers to entry for asset management, allowing more worldwide consumers to gain access.
Managed funds, for example, often need a minimum investment amount as well as management fees, which might put these wealth instruments out of reach for normal consumers. Their ability to construct asset management funds, which presently involve significant resources and legal consulting, is even further out of reach.

Furthermore, it can take years just to file documentation for a fund. 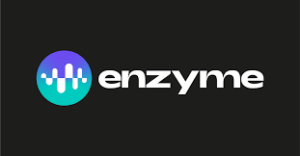 Transaction fees are paid in the ether as a result of this architecture. These costs cover the expense of utilizing Ethereum’s computer power as well as Enzyme’s software.

The protocol itself is made up of two layers: a fund layer and an infrastructure layer, and it includes its own Javascript library for web browser support.

The Fund Layer is where users create and manage the funds in which other users can invest.

Each fund is divided into two parts:

The Hub – The hub is considered the most important component of the fund layer since it provides all of the tools needed to build up a fund and tracks the components that make up the funds.

The Spokes – The Spokes defines funds using smart contracts, which are generated by each fund manager and give specialized services to the fund. Examples include the Vault, which stores tokens on behalf of the funds, and Shares, which tracks fund ownership.

The Melon Council, Enzyme’s DAO, is in charge of the infrastructure layer.

Here are some examples of infrastructure contracts:

The ‘adapter’ contract – which connects certain assets to price feeds for trading purposes.

The ‘engine’ contract, purchases MLN in exchange for ETH to assist pay for specific computations.

Melonport disbanded in 2019 after delivering the initial version of the Enzyme Finance protocol and handed up management to the Melon Council, a decentralized autonomous organization (DAO).
The Melon Council is now run via a smart contract mechanism that allows MLN users to invite new members, upgrade the protocol, and change its specifications.

Its purpose is to protect the network’s integrity, increase adoption, and stimulate innovation within its ecosystem.

Why is MLN valuable?

The MLN cryptocurrency is used to conduct fund activities as well as vote on protocol software regulations such as the inflation rate. Transaction costs, as well as performance and management fees, may be incurred as part of fund operations.

During the contribution era, a total of 1,250,000 MLN coins were made and distributed, with a fixed quantity of 300,600 MLN coined each year.

Notably, the protocol employs a buy-and-burn mechanism to encourage the use of MLN.
Because network fees are paid in ETH, the DAO converts the ETH acquired and burns the coins, essentially removing them from circulation.

What are the benefits of using MLN?

Enzyme Finance is a revolutionary attempt in bringing cryptocurrencies to traditional finance, with the goal of bridging the gap between asset management companies and investors.

If you wish to construct a fully audited and transparent blockchain fund, you might be interested in Enzyme’s technology.

You can also utilize Enzyme Finance to invest without knowing or trusting a fund manager to manage your money because managers are bound by Enzyme’s specified smart contracts.
Traders may choose to include MLN coins in their portfolio if they feel investors will continue to use the platform and it will play a larger role in crypto asset management.

Sulu by Enzyme is now available on Ethereum!

Users can start the upgrade procedure. The interface has been completely redesigned. The app’s performance should be substantially faster and smoother. Sulu mainnet will be released on Polygon in the coming weeks! From now on, new DeFi integrations will appear on a daily basis. In the future, this release will support arbitrary adapters. You no longer need the council’s approval to add an adaptor; simply add it yourself!

Melonport AG was established in July 2016 as a private corporation in Zug, Switzerland. Their main mission was to create Melon, an Ethereum-based asset management computer. To support development, the firm held a token sale in February 2017.

The team anticipates that a broader range of asset classes will be tokenized in the future, and thus sees Melon as more than just a crypto investment management tool, but as the foundation for future cross-asset class investment management 3.0. Melonport AG released v1.0 of the Melon protocol in February 2019 and will then phase out, passing authority over to the Melon Council DAO, which is now running on Aragon’s.

The Melon protocol’s goal is to allow participants to create, administer, and participate in digital asset funds in an open, competitive, transparent, and decentralized manner. Melon enables asset managers to create their own tokenized investment vehicles and define key parameters (such as fee structure, trading exchanges, asset universe, risk management, and investors), which are then deployed to the blockchain and enforced by smart contracts, rather than being written in a fund prospectus and operated and controlled by intermediaries. As a result, investors may be confident that the pooled digital assets will be handled and administered exactly as specified in the establishment of the on-chain investment vehicle. This significantly improves present fund management operations, resulting in cost, time, and operational savings.

Melon distinguishes itself from existing asset management protocols by being the first decentralized infrastructure of its kind and by allowing investors to preserve ownership of their private keys at all times, allowing them to maintain custody of their own assets. Melon, in particular, opens up the following possibilities:

Creation and maintenance of Web3 native investment vehicles (for example, Melon for the back and middle office, decentralized exchanges for trading venues, Compound, and others for lending/borrowing, and Numerai for data sourcing).

On-chain risk management aids in the prevention of “bad conduct” in asset management.
Smart contract level integration with DeFi, with the goal of being a one-stop-shop protocol for all things DeFi. This results in functionality modularity and a significant network effect.

The price of an enzyme doubles in a week as a result of significant exchange listings and high-profile DeFi agreements, which result in a 2,000 percent increase in 24-hour trading activity.
Decentralized finance (DeFi) has emerged as one of the most promising real-world uses of blockchain technology, with the potential to reshape the face of global financial markets and revolutionise how the average individual handles their money.

Enzyme Finance (MLN), a protocol focused on on-chain asset management that allows users to “build and scale vaults based on the investment strategies of their choice,” according to the project’s website, is one DeFi focused project that has been gaining attention over the past week as the mainstream world slowly opens itself up to the possibilities of DeFi.

According to data from Cointelegraph Markets Pro and TradingView, the price of MLN has risen 92 percent since a low of $65 on June 30 to an intraday high of $125 on July 5.

Several new exchange listings that helped enhance token liquidity and trader access, a new partnership with Yearn.finance, and an increase in the amount of value locked on the protocol are three reasons why the price of MLN has risen in July.

Following the launch of a new exchange, trading volume skyrockets.
Exchange listings have traditionally been a source of unexpected price and trading volume increases, particularly during sideways trading markets like the one currently afflicting the bitcoin ecosystem.

On July 5, the announcement that the MLN token would begin trading on Binance, the most active crypto exchange in terms of volume, resulted in a 55 percent increase in the price of MLN to a high of $125.

Disclaimer: This content and any information contained within it are provided to you for informational purposes only and do not constitute a recommendation by Coinbase to buy, sell, or hold any security, financial product, or instrument mentioned in the content, nor does it constitute investment advice, financial advice, trading advice, or any other type of advice.