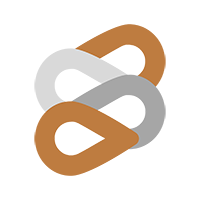 Everything You Need to Know About Hector Dao Token

WHAT IS HECTOR DAO AND HOW DOES IT WORK?
Hector is a decentralized protocol built on the HEC coin and supported by HectorDAO. The reserve currency on Fantom Opera Chain will be $HEC. Hector will employ the Algorithmic Reserve Currency mechanism to guarantee price stability and will be backed up by other decentralized assets.

Staking and bonding are two fundamental principles used by Hector DAO. Depositing money in a staking contract (similar to a pool) and collecting interest that is automatically compounded is known as staking. Bonding is the process of directly purchasing the protocol’s native token HEC in return for reduced HEC. (More HEC for a lower price.) Staking and bonding are used individually by all forks of OHM, including OHM itself. Hector DAO has modified the way it runs and consolidated staking and bonding into one.

USDC and wFTM bonds are introduced for the first time in Hector, the first fork of Ohm. The backing per HEC token rises as the protocol generates more liquidity and reserves, producing a gradually increasing price floor below which HEC Price cannot fall.

This meets the condition for a store of value to maintain a stable or growing price, indicating that HEC has a good chance of becoming a prominent participant on the Fantom Opera Chain. Because HEC’s supply is dynamic, a supply-induced price ceiling may be avoided, allowing HEC to continue to develop.

WHAT IS HECTOR DAO AND HOW DOES IT WORK? Let’s take a closer look at the Hector DAO Ecosystem. Consider the advantages it can bring to its users, adopters, and investors.

Bonds and Staking are how the Hector DAO system produces wealth.

Hector DAO makes money in a variety of methods, including bonding. Bonds of other tokens, such as DAI, will be sold for reduced HEC tokens, which will then be vested for progressive release to the bonding party. This lets full-time investors actively manage their HEC portfolios and earn considerable returns over time, while simultaneously assisting the Hector DAO’s growth by providing liquidity and encouraging greater upward price movement.

Staking the Hector DAO relies heavily on staking. Bond sales will yield compounding rewards in $sHEC (which will always be exchangeable for HEC at a 1:1 ratio) for investors who stake their $HEC. Stakers’ ownership in HEC will grow with time, bringing more profit and lowering exposure risk. Staking HEC becomes less dangerous and more lucrative over time since a rising proportion of HEC protects investors from unfavorable price action, and because the protocol guarantees a price floor of 1 HEC per DAI, staking for a long period will secure profit.

Hector DAO aspires to be Fantom’s number one Ohm fork. The benefit is obvious when considering the value of Ohm (Ethereum) and TIME (AVAX). Hector chose Fantom Opera Chain because it is the quickest blockchain network and is constantly updated. In 1–2 seconds, transactions are confirmed. Other blockchain systems are significantly slower. Transactions on the Fantom blockchain also cost a fraction of a penny. Fantom is far ahead of its predecessors and other blockchains in the industry in terms of speed and low transaction costs.

Hector DAO coined the term “HYPERSTAKING” to describe 4,4 bonding. The 4,4 Bonds are quite similar to the 1,1 Bonds and may be bought in the same way. On 1,1 Bonds, however, the 4,4 Bonding exhibits minimal distinctions.

The following are some of the distinctions between 4,4 bonding and 1,1 bonding.

It is in the protocol’s and users’ best interests.
In a handful of ways, implementing 4.4 helps both users and the protocol. Let’s take a closer look at each of them.

Let’s begin with the protocol. The protocol benefits from version 4.4 because it brings pricing stability. This is accomplished by locking the bond for four days, which means you won’t be able to access your sHEC until four days later. This helps to price stability because when HEC is locked up and staked, less HEC is traded, resulting in fewer price swings and, as a consequence, a more stable price. Furthermore, because Hector DAO is a reserve currency, maintaining a constant price is a priority.

Hector DAO is a relatively young project, having just been established three weeks ago, which explains why the price is now highly erratic. As time passes and the protocol increases in size, investors and consumers may expect the price to steady.

Users and investors benefit from 4.4 bonds because they provide users their bond and incentives in sHEC, which compounds itself automatically and eliminates the need for the user to manually claim and compound their HEC.

As a consequence, consumers earn more HEC and earn the highest potential interest. It’s important to understand how bonds work in order to appreciate how valuable this benefit is. HEC is available at a reduced price through Bonds. Let’s assume 1 HEC is worth $200 on the open market and $180 on the bond.

Regular bonds would provide a 20% return because of the price differential, and regular bonds remain locked for five days. With 4.4 bonds, the price per HEC might be $200, and the bond price could be $185, plus an additional 9% from staking. Even though the standard bond pays a larger flat rate, 4.4 bonds provide more HEC to the consumer. This is because, in addition to a flat rate, 4.4 bonds give a compounding rate through staking. When the two are combined, consumers receive more HEC for their money.

So, to summarise, 4.4 bonds change the reserve currency business by addressing the problem that many users have when purchasing a bond: they are left with an interest-bearing token that is not generating any income. Hector DAO overcomes this by providing 4.4 bonds that reward users in sHEC instead of HEC, automatically compounding and staking a user bond for them, giving them an interest-bearing token that is earning the maximum amount of interest possible.

How Do I Purchase 4,4 Bonds?
The purchase process for 4,4 Bonds is identical to that for 1,1 Bonds, with the exception that you must choose a 4,4 bond. When purchasing 4,4 Bonds, this guidance and instruction will ensure a smooth transaction.

REMINDER: Bond incentives are only valid for 5 days after purchase. The vesting term is linear, which means you can claim 20% every day at any time.

NOTE: Double-check that you’re buying the appropriate Bond! All bonds are labeled 1,1 or 4,4 respectively.

Users of the Hector DAO can buy several bonds, however, the vesting time will reset after the most recent purchase.

In Development Farming, Hector DAO is a prominent figure.

The Hector DAO token may be purchased on the decentralized exchanges listed below.

The group
Hector’s team comprises eight very skilled and devoted individuals, each with their own unique background and set of talents. For the time being, the team remains unnamed.

They are mostly located in the European Union, although they also have offices in China and Australia. Two experienced developers, one PR professional, three marketing operatives, two strategists, one community manager, and one external partnerships manager make up the Hector Team. Each of their profiles will be included in the whitepaper. They’re working hard to make Hector DAO a self-sustaining, organic-growth hype engine.

“We give the news piece based on our own extensive investigation,” says a friendly reminder. We’d want to save certain crucial details about the project that are given in our column. We cherish our readers’ opinions and appreciate your admiration for us. We also don’t recommend investing in our readers. “Invest at your own risk and only invest what you can afford to lose,” we constantly say.

Thank you for reading my article. I hope you found it useful and interesting. Please share it with your friends and family and let me know your thoughts about the Hector Dao Token in the comment section.