Tarun Mehta, CEO of EV manufacturer Ather Energy, has reacted at Ola Electric, another EV maker, on Twitter, accusing the latter’s salesperson of co-opting the word “TrueRange.” According to Mehta, an Ola sales representative allegedly claimed that the company was the first OEM (original equipment manufacturer) to outline true range. 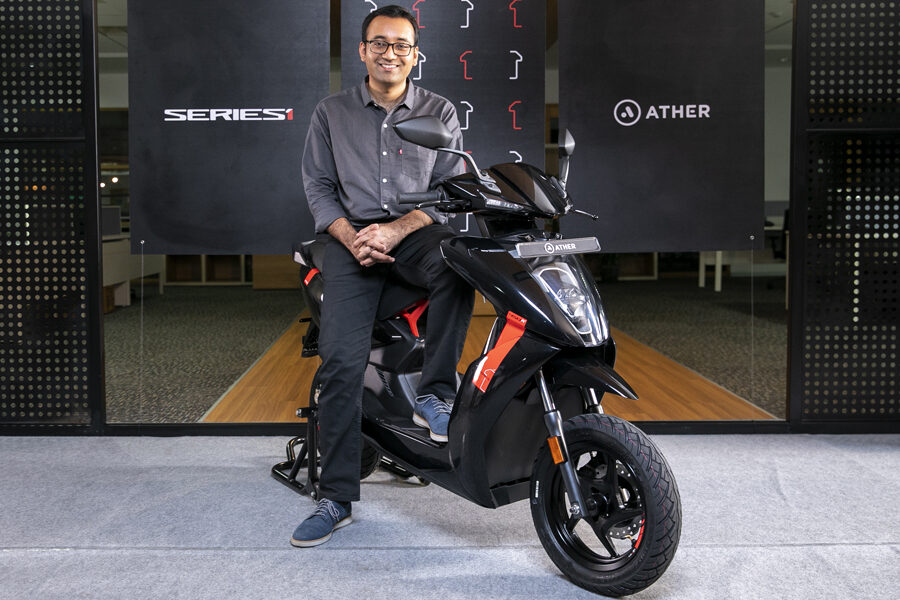 He responded to this alleged claim with a tweet noting that Ather Energy has trademarked the phrase “TrueRange.” The Indian Trade Marks Registry had granted Ather Energy a class 12 trademark for the use of the term “TrueRange” in India.

..when Ather LITERALLY has the trademark on that word.

This isn’t the worst Ola has had to deal with in recent times. For example, it was reported last month that the EV unicorn will be forced to delay mass production of its vehicles citing the global chip shortage. According to reports, Ola’s’superfactory’ was operating at significantly less than full capacity due to an over-reliance on imported components, leaving the automaker unable to deliver the 90,000 orders it has received for its vehicles so far. This week, Bhavish Aggarwal, CEO of the e-scooter maker, in a tweet said, that the company is currently producing over a thousand units of the Ola S1 and S1 Pro scooters every day.

In response to countless complaints and inquiries, Ola Electric decided to give clarifications in which it stated its unhappiness with persons outlining the range issue in comparison to the ARAI-certified range. Ola Electric’s Chief Marketing Officer, Varun Dubey, stated that the EV manufacturer has been unfairly criticized in the situation.

When Ola released the S1 and S1 Pro electric scooters in August of last year, one of the product’s key features was its range. According to Ola, the S1 Pro has an ARAI-certified range of 181 kilometers. However, the real-world range is said to be lower than the number.

Dubey added, “All vehicles have to receive a local ARAI certification which always provides a figure which is higher than the real-world mileage. This is standard industry practice. ARAI is the law. We have to get that certification. We have put that number out on our website. And we have also shared with customers what the true range is which, by the way, no other manufacturer puts on their website.”

On its website, Ather claims a certified range estimate of 116 km and a true range of 85 km (in eco-mode) for their flagship electric scooter, the Ather 450X. Meanwhile, Ola claims a certified range of 181 km and a true range of 135 km for its flagship S1 Pro Scooter. While the matter may appear to be subtle, the leading company executives in this space have previously indicated a tendency to stir things up. We’ve heard Bajaj Auto MD Rajiv Bajaj criticize Ola Electric and other EV companies, claiming that legacy manufacturers will triumph over the newcomers.