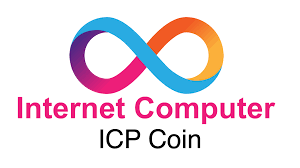 Everything You Need to Know About Internet Computer Token

Internet Computer, a new cryptocurrency that debuted earlier this month, has swiftly risen to become one of the most valuable digital currencies, climbing into the top ten behind well-known names like Bitcoin, Ethereum, and Dogecoin. The third important blockchain breakthrough is the Internet Computer. It allows smart contracts, computation, and data to scale while still running at web speed. It enhances the internet’s usefulness by allowing developers and entrepreneurs to create platforms and provide services. ICP is the platform’s native cryptocurrency for network governance.

With thousands of cryptocurrencies currently in circulation, it appears that the world does not require another.

The market, on the other hand, welcomed Internet Computer very quickly and has stayed interested in digital money, in part because it has a different goal than many other cryptocurrencies.

Here’s how the Internet Computer works and what makes it unique among cryptocurrencies.

What is the definition of Internet Computer Cryptography? 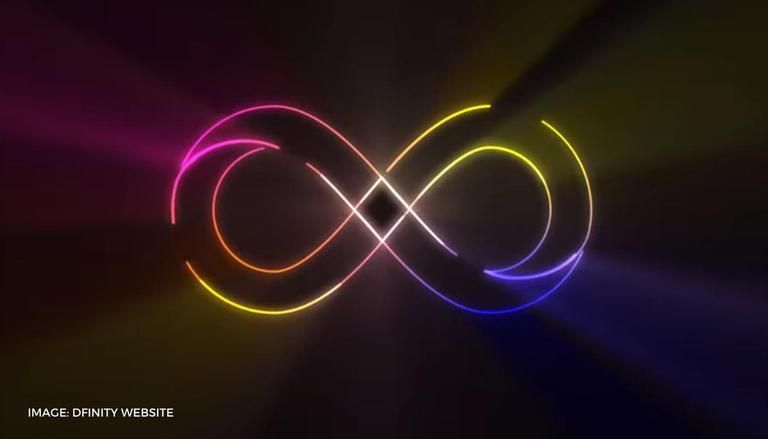 Internet Computer (ICP) is a cryptocurrency or digital token that allows users to create apps, websites, and other web-based services. The cryptocurrency was created by the Dfinity Foundation, which is backed by Andreesen Horowitz and Polychain Capital, two well-known venture capital firms.

The concept behind bitcoin is that it may be used to re-create the internet in a more decentralised fashion. Think of it as a decentralized computer network that can run new or different versions of web apps. As a consequence, the project’s founder thinks it can compete with internet behemoths like Google, Facebook, and Amazon Web Services.

Another approach is to use apps for decentralized finance, sometimes known as DeFi in the business.

Cryptocurrency might be used in such DeFi apps to imitate (or replace) traditional financial operations.

According to Dfinity, because of its highly decentralized network, Internet Computers can grow their capacity to meet increased demand.

As a result, rather than cryptocurrencies, it may be more useful to think of the Internet Computer as a network that uses blockchain technology to power apps (in the traditional sense).

What is ICP and how does it work?
Today’s Internet is extremely centralized. Popular online apps are frequently closed-source, proprietary, and housed in a small number of data centers controlled by large tech companies. And if a crucial data center goes down, it may bring down large swaths of the internet with it. Another big issue (especially among privacy activists) is the capacity of centralized, corporate web-services providers to censor or the platform apps.

The Internet Computer aims to provide a basic alternative that will allow developers to design, host, and serve applications in a more decentralized manner, allowing websites to be distributed directly onto the public internet.

Furthermore, the Internet Computer would encourage the development of open source and transparent software.

According to the MIT Technology Review’s piece on the Internet Computer, “rather of operating on a dedicated server in Google Cloud, for example, the software would wander between servers maintained by different data centers across the world.”

As long as the payment is paid, the website will be accessible on the public internet.

In principle, any type of program may be written and run on an Internet Computer, ranging from social networks like LinkedIn and TikTok to software identical to all of the familiar apps you use today to new types of applications not yet imagined. ICP developers have provided open-source code for CanCan, which they characterize as a “decentralized TikTok,” as a demonstration.

How did the Internet Computer become so popular so quickly?

At least three factors may be connected to the quick popularity of Internet Computer:

Investors with a lot of clouts: Another important investor (Polychain Capital) specializes in crypto venture capital, while Andreesen Horowitz is a well-known venture capital company. Others join the party thanks to the support of well-known investors.

Some market analysts have even set price objectives for the new cryptocurrency, predicting massive price hikes in the next years. That, understandably, hasn’t hampered investor interest in the least.

Of course, some of the surges in Internet Computer prices are due to the positive cryptocurrency market in general. It’s a fantastic moment to pique the public’s interest with huge news and generate significant funds to keep a cryptocurrency project going.

In the end, Internet Computer promises a slew of advantages, but bitcoin traders should be aware of exactly what they’re purchasing. When dealing with cryptocurrencies, which have dramatic price fluctuations and can quickly shake off inexperienced traders, this is all part of risk management. As a result, it’s easy for people to get caught up in the moment and make emotional decisions without considering their long-term goals.

When dealing with cryptocurrencies, which have dramatic price fluctuations and can quickly shake off inexperienced traders, this is all part of risk management. As a result, it’s easy for people to get caught up in the moment and make emotional decisions without considering their long-term goals. In recent months, the price of an Internet computer has been fluctuating.

The ICP was announced with great enthusiasm a few months ago. For starters, the business behind it, Dfinity, is backed by some of Silicon Valley’s most well-known investors, including Andreessen Horowitz and Polychain Capital. Last year, at a valuation of more than $9.5 billion, the business raised $102 million from these investors. These monies aided the developers in heavily promoting Internet Computer prior to its release.
The price of an Internet Computer soared to an all-time high of $630. It also drove it to become one of the world’s top seven largest cryptocurrency initiatives. The coin’s rise was short-lived, as it fell to an all-time low of $27.

Price forecast on the internet
The ICP price has plummeted from over $632 to around $34. This makes it one of the world’s worst-performing currencies. Simultaneously, its volume has decreased. Its volatility has also decreased significantly.
As a result, I feel it will take a miracle for ICP to recover at this point. For one thing, the ecosystem’s total demand has been rather low. As a result, I anticipate the currency will continue to fall as investors seek out the next critical support level at $10. If it climbs over $50, the negative perspective will be discredited.

What dangers may the Internet Computer be exposed to?
Participating in the Internet Computer may need more powerful hardware than other blockchain projects, thus jeopardizing the project’s decentralised ethos by restricting the number of members. Only large and well-capitalized players would be able to establish up data centers and participate if the hardware requirements are too high.

Who can be held responsible for hosting harmful information in a genuinely decentralized network? Corporations that control the Internet now use some type of moderation, but they also have the ability to the platform anybody at any time.
In an ideal world, Internet Computer (and other crypto protocols) will be able to develop solutions that enable for decentralized governance to address these complex issues.

The Internet Computer protocol isn’t the only one attempting to reimagine the Internet. IPFS/Filecoin and MIT’s Solid are two more possible rivals (which was created by web pioneer Tim Berners-Lee).

Who invented the Internet Computer first?

The DFINITY Foundation, which was founded by a developer called Dominic Williams in 2016, is building the Internet Computer. The DFINITY Foundation is a non-profit dedicated to studying and creating the Internet Computer, which was formally launched in May 2021 after years of research. The foundations’ work is supported by researchers from all across the world, including cryptographers with over 100,000 academic citations and 200 patents.

Cryptocurrency should be an investor’s cup of tea if he believes in technology-backed digital money. It is a ten-year-old asset class that has produced spectacular returns. Some investors are interested in using these digitally coded tokens as an inflation hedge. Despite the tremendous volatility and speculation, there are several reasons to believe they will become mainstream in the near future.

Thank you for reading my article. I hope it was worth your time. Please share it with your friends and families and let me know your thoughts about the Internet Computer Token in the comment section.