Everything You Need to Know About Orchid Token (oxt) 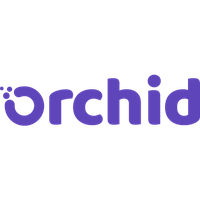 Orchid is a cryptocurrency that allows for the creation of a decentralized virtual private network (VPN). Orchid develops a trustless, distributed VPN through a network of users on the Ethereum blockchain, unlike typical VPN companies that route all user traffic through a single platform.

Users must pay for bandwidth using the orchid cryptocurrency in order to utilize this service. The Orchid network is powered by the OXT crypto coin.

• What is OXT Crypto and How Does It Function?

• What Was the Purpose of Orchid Crypto?

• Is Orchid Crypto Worth Investing In?

• What Is Orchid Crypto And How Can I Invest In It?

What exactly is OXT and how does it work?

The Orchid Network is a peer-to-peer marketplace where VPN providers and network users may make agreements using the OXT token. Orchid is a decentralized worldwide VPN service provider network. On Orchid, you use the OXT token to purchase bandwidth for private internet surfing and only pay for what you use. Instead of going via a single centralized VPN service, you log on to Orchid and are matched with a reputable and high-quality VPN provider every time you wish to access the internet anonymously and securely.

Orchid acts as a decentralized marketplace for those in need of bandwidth and others who want to sell it, bringing the two groups together. Orchid currency is the medium of exchange that they utilize to trade with one another.

In Orchid, there are two main parties involved. The first is bandwidth consumers who wish to utilize the Orchid app’s decentralized VPN service. The second group is bandwidth sellers, who are Orchid network nodes who trade bandwidth for OXT. When two users agree to share Orchid (OXT) bandwidth, the peer-to-peer connection is encrypted and routed through the seller’s internet servers.

What was the purpose of orchid crypto?

The orchid coin was established to power decentralized virtual private networks (VPNs) in order to circumvent some of the flaws that plague standard VPNs.

The greatest and most visible vulnerability is that when all internet traffic is routed via a single provider, that provider has the capacity to utilize and misuse the data. Despite the fact that certain VPN providers do not monitor user activity, they may be subpoenaed by national governments and forced to pass over customer data of some sort.

Orchid’s approach, which employs a multi-hop configuration with multilayer encryption via decentralized software, aims to overcome this critical flaw. The Orchid mobile app facilitates the exchange of bandwidth for OXT coin, allowing customers to enjoy a private surfing experience. Outside users, including the user’s internet provider, are unable to observe what is happening when internet traffic is routed over an encrypted VPN tunnel.

It’s also crucial to comprehend how the OXT crypto VPN network works with the OXT digital money. VPN bandwidth suppliers must “stake” OXT, which means they must deposit OXT tokens with Orchid and wait three months to receive them back. This encourages businesses to supply safe, high-quality bandwidth, and if they don’t, consumers have the option of switching to a better provider. Providers can’t make money without consumers, thus their interest in the network is locked. As a result, it makes sense for them to put up the effort necessary to provide their clients with secure and high-quality bandwidth. The more a provider invests in Orchid, the more likely it is that the Orchid protocol will choose them to deliver bandwidth to consumers. As a result, providers are rewarded for their dedication to the network, supporting a virtuous circle of increased stake and improved service quality. This is how a list of reputable and high-quality suppliers is compiled.

Orchid is based on the Ethereum blockchain, which has seen its processing fees, often known as gas prices, rise as the number of transactions has grown. Due to the ERC-20 nature of the OXT cryptocurrency, payments on the network require ether to cover gas costs, exposing OXT users to hefty fees. To avoid the costs, Orchid Labs replied by introducing support for alternative blockchains compatible with the Ethereum Virtual Machine (EVM). xDAI and digital assets from other EVM-compatible blockchains can be used to buy and sell bandwidth.

Users may pay only for the bandwidth they use using OXT tokens, rather than a predetermined charge or subscription as is common with centralized VPN providers. All that is required is for a user to download the VPN software and add OXT to their wallet. Then users may use a secure connection to access the internet from anywhere in the globe and “pay per packet,” which means they only pay for the websites they visit. You just pay for what you use, just as with electricity and other services.

The Orchid Network employs a clever probabilistic nano payment structure that allows you to pay for internet consumption using micropayments from your OXT wallet. These micropayments are not made on the Ethereum blockchain, which alleviates Ethereum’s processing power limitations. Instead, they happen in the background as you browse and are reconciled on the blockchain once a week. Orchid can deliver flawless, secure service to millions of people at once because of its framework. It offers an additional degree of protection by restricting user information exposure when service transactions are uploaded to the public blockchain.

Because users must pay for bandwidth using Orchid (OXT), it is expected that users would be able to remain anonymous by not having to utilize traditional payment methods like a bank account. Although other VPN services provide more anonymous payment methods like gift cards, the Orchid team claims that utilizing OXT is still more private.

The aspect that distinguishes the Orchid VPN the most is its multi-faceted approach to privacy. Rather than having a single server construct the private network, Orchid uses multi-layer encryption and numerous hops to bring together many providers.

In a virtual private network, a “hop” is a new connection. Many VPNs simply employ one hop, which means that user traffic is routed from the user’s device to the VPN server, then to the destination. Orchid, on the other hand, allows for many hops, routing communication across various servers before arriving at its final destination.

Data is safeguarded at each hop, and the theory is that as the number of hops increases, it becomes more difficult to connect internet traffic back to its original source.

Is Investing in Orchid Crypto a Good Idea?

The lower the market capitalization of any asset, whether penny stocks or cryptocurrencies, the higher the risk and volatility. Because there is less money in the asset, the market may make large changes in a short period of time with relatively modest sums of money.

Individuals who feel that growing use of the Orchid decentralized VPN service will result in a rise in the Orchid coin price (because the coin is necessary to utilize the VPN) may find the cryptocurrency to be a worthwhile investment. However, no one has a firm opinion on the subject.

The Orchid crypto is becoming more popular. Vast, a regional bank in the United States, said on September 29 that OXT is one of eight cryptocurrencies that consumers may purchase, trade, and store in its newly launched Crypto Banking service. Vast was just certified by the US government as the first federally chartered bank to allow cryptocurrency access through a current account. On October 7, OXT was also listed on the LATOKEN exchange.

Orchid Labs upgraded the app on November 5th, providing users greater control by making it easier to configure and introducing new features for multiple-hop circuits for increased anonymity. Circuits may now be purchased using both prepaid xDAI accounts and OXT.

On December 7th, OXT was listed on Crypto.com, a cryptocurrency exchange with more than 10 million users worldwide, according to Orchid.

Before making any investment choice, we urge that you conduct your own research and evaluate the latest market trends, OXT news, technical and fundamental analysis, and expert opinion. Remember that previous performance does not guarantee future results, and you should never invest more than you can afford to lose.

Orchid (OXT) is now trading at about $0.34. This is a 63 percent decrease from the all-time peak of $0.94 in August 2020 and a 228 percent gain from the all-time low in March 2020. Despite the fact that the price of Orchid will most likely be higher or lower by the time this article is published, these historical data points demonstrate how unpredictable an altcoin like Orchid can be.

In conclusion, speculative cryptocurrencies can be rewarding when the time is perfect, but investors who are willing to take on the risk should be prepared to lose a lot of money. One of the best general investment guidelines is also a sensible cryptocurrency rule: only risk what you can afford to lose when it comes to altcoins.

Cryptocurrencies are extremely volatile assets, making them riskier to invest in than other types of assets. Your risk tolerance and portfolio balance will determine if OXT is a good investment for you. You should conduct your own research to see if it is a good fit for your investment objectives. Keep in mind that past results are not always indicative of future results.

Thank you for reading. I hope you found this article interesting and useful. Share your thoughts about the Orchid Token in the comment section.