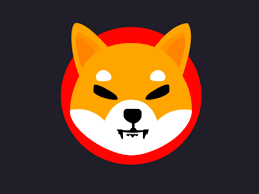 Everything You Need to Know About Shibarium

Ryoshi, the founder of Shiba Inu Coin, offered Shibarium as a blockchain/layer-2 option.

Ryoshi used the term “blockchain” at first, but it’s more likely that it’s an L2 that sits on top of an existing (Ethereum) blockchain. “The border between an L2 and own blockchain is thin,” the SHIB founder remarked. “I instance, what is the difference between Matic L2 and BSC?”

While the SHIB and LEASH tokens have more use in ShibaSwap, they will not be the primary pair token for Shibarium. It’ll be BONE instead. “BONE will have a fair and ‘0’ start,” Ryoshi added, “in which we will not have to be concerned about over-arching whale sacks.”

When ShibaSwap originally began, though, SHIB and LEASH holders received BONE, thus there are certainly a lot of BONE whales out there.

What Will Shibarium Be Able To Do?
At the time, there are little information regarding Shibarium, but we do know that one of the key aims will be to reduce transaction fees for Shiba ecosystem users.

Ryoshi first said that Shibarium’s transaction fees will be minimal, or even zero. Speaking on the Shiba Discord, Shytoshi Kusama, the Shiba Project Lead, said “Shibarium will offer low fees for every service, game or whatever that builds on it.”

High gas fees are one of the most pressing issues faced by Ethereum. Given Shiba’s reliance on the Ethereum network, it suffered from some hefty gas prices when the Shiboshi NFTs launched.

With Shibarium, SHIB payments through the likes of NOWPayments will also avoid these high transaction costs. 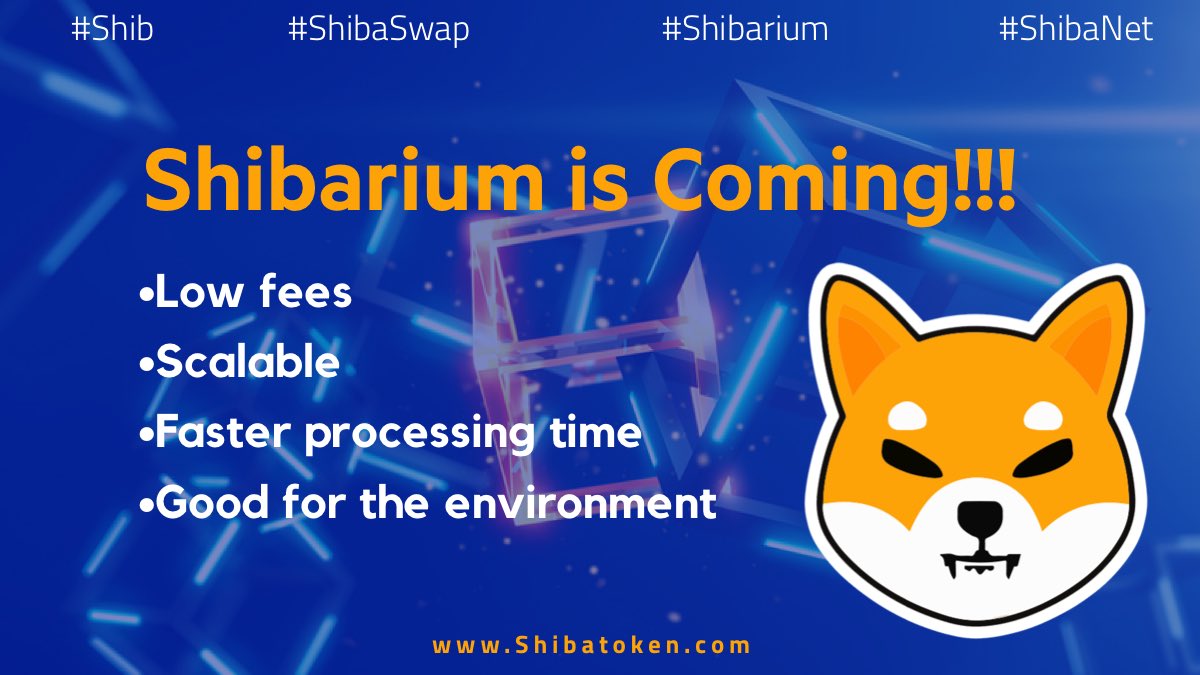 Shiba Inu, a dog meme-based token with a devoted following, is getting ready to launch yet another significant platform. The project’s creators aren’t willing to let the token become just another sh*tcoin that loses value once the hoopla dies down.

It will ultimately function with SHI, Ryoshi’s Shiba stablecoin, which he also mentioned in the same blog post. Following the criticism of the Shiboshi release, Shytoshi even promoted Shibarium on Twitter.

Shiba Inu, a dog meme-based token with a large fanbase, is about to launch yet another major platform. The project’s designers don’t want the token to become simply another shitcoin that loses value once the hype goes down. Shibarium dubbed the “Dogecoin killer,” will be available soon. According to ShibaSwap inventor Eric M on Discord, Shibarium, Shiba Inu’s layer 2 solution, will be available soon.

“Those that put their faith in the enterprise before the exchange were successful afterward… When you trust a project, you don’t need a timeframe. Shib has always functioned in this manner and will continue to do so in the future “announced the developer

Shytoshi Kusama, the project lead for Shiba Inu, also remarked on the future initiatives planned for the meme currency in the tweet below.

Shibarium was initially presented in a Medium article by Ryoshi, the developer of Shiba Inu. “Shiba will have its own l2 soon (and no, we are not cooperating with or having zero relationships with Matic as rumor boys tried to spread, they are much too centralized and always will be),” Ryoshi added.

Because of the imminent shift of the SHIB project into the NFT, gaming, and metaverse realms, this will be extremely helpful to Shiba Inu.

To provide the layer 2 solution a fresh start, the Shibarium project will use the BONE token as its native token, rather than LEASH or SHIB. SHIB token holders will have the opportunity to mint the BONE token through a method that will be introduced at the platform’s debut.

The debut of SHI, a stable currency with a value of one cent, is the next step for Shiba Inu. It is anticipated to debut following the completion of the Shibarium project.

“The ultimate objective is for SHI (which runs on both ETH and Shibarium) to become a worldwide stable currency that ordinary people in all nations may use as a store of value and a form of payment,” Ryoshi said in his blog.

Since March 2020, investors have watched history in a variety of ways. Stock investors, for example, have seen the benchmark S&amp;P 500 provide the best rally from a bear market bottom in history. The index doubled in less than 17 months from its low point.

However, cryptocurrency “hodlers” have probably made more significant gains and have a longer track record (a term that affably describes crypto token holders). As of late evening on December 3, 2021, the total value of all digital currencies has risen from $141 billion in March 2020 to $2.42 trillion.

The real show-stopper, though, is Shiba Inu meme currency (CRYPTO:SHIB). At midnight on January 1, SHIB coins may be acquired for $0.000000000073. Six of these zeroes had vanished by the weekend, and Shiba Inu coins were being traded for $0.00003962. This equates to a 54,273,873 percent increase year-to-date. To put it another way, a $2 investment made at midnight on New Year’s Day on Dec. 3 would have earned you a millionaire.

Despite these record gains, the fervent “SHIBArmy,” which has grown to over 1 million hodlers, according to Etherscan wallet address data, expects the coin to continue to rise in 2022. While there were some transient triggers in 2021, such as tweets from the world’s richest person, Elon Musk, the following five catalysts are anticipated to be Shiba Inu’s top momentum generators in 2022.

SHIB tokens are accepted by AMC.
Newegg Commerce, an online computer shop, said in late November that SHIB tokens will be accepted as a means of payment by “early December.” Shiba Inu will now be accepted alongside Bitcoin, Dogecoin, and Litecoin as a digital currency payment option.

The inclusion of SHIB tokens as a means of payment for movie theatre giant AMC Entertainment is anticipated to be the biggest deployment (NYSE: AMC). AMC is undoubtedly a more well-known global brand, and hence a stronger measure of Shiba Inu coin’s real-world utility.

Shibarium’s anticipated debut
The continuous development of Shibarium, a layer-2 blockchain initiative, is another strong stimulus for Shiba Inu. Layer-2 blockchains are created on top of an existing blockchain foundation with the goal of lowering fees, increasing scalability, and/or shortening network processing times.

The Shiba Inu coin is an ERC-20 token based on the Ethereum platform. Although it is extremely simple to construct on Ethereum, it has also linked Shiba Inu to Ethereum’s shortcomings, such as high transaction fees and potentially delayed processing at times.

Shibarium is the solution. The most significant benefit of Shibarium is the prospect of very cheaper transaction fees, or maybe no fees at all. Because the Shiba Inu ecosystem includes game creation and non-fungible tokens, these lower costs are critical (NFTs). Future services must have lower costs than what is now offered on the Ethereum network.

Shibarium is currently in the middle of development, with Project Leader Shytoshi Kusama anticipating a debut within the year.

The Oshiverse has been updated.
The creation of the “Oshiverse” is a third significant stimulus for SHIB in the coming year. This is a word that is being used to describe a play-to-earn video game that will be available to iOS and Android users.

In the bitcoin world, creating decentralized applications and games on the blockchain is nothing new. However, dangling a play-to-earn carrot in front of players may be a potent tool for increasing Shiba Inu’s community and encouraging currency acceptance.

It’s also worth mentioning that revenues from in-app game purchases might be utilized to burn more coins. Vitalik Buterin, the co-founder of Ethereum, moved around 410 trillion of SHIB’s 1 quadrillion token supply to a dead blockchain address, thus removing them from circulation. The premise behind continuous coin burn is that it will increase the value of each surviving coin.

Shibarium must be launched before the Oshiverse becomes the center of attention in the big scheme of things. As a result, in 2022, updates on the Oshiverse will be crucial.

Robinhood is a platform where you may list your business.
The SHIBArmy is also looking forward to a possible listing of Shiba Inu currency on Robinhood Markets, a retail investor-driven trading platform (NASDAQ: HOOD).

Shiba Inu collectors and fans have amassed over 500,000 petitions on Change.org in an attempt to compel Robinhood to list SHIB for trade. Having Shiba Inu available on Robinhood would be a symbolic triumph on a frequently used trading platform, and it would be another step toward increasing Shiba Inu’s liquidity.

Robinhood has a vested financial stake in the move as well. Transaction-based cryptocurrency revenue fell to $51 million in the third quarter from $233 million the previous quarter. SHIB’s popularity may be able to assist generate more cash.

Staking ShibaSwap
Finally, expect for ShibaSwap, a decentralized exchange, to continue to be a possible positive driver in 2022. ShibaSwap was established in July and lets users buy, sell, and exchange SHIB (along with other tokens) as well as Shiboshi NFTs.

The most exciting component of ShibaSwap, though, maybe its most mundane feature: staking.

In the cryptocurrency world, staking coins to produce passive income is nothing new. But, in order to stake coins and generate passive revenue, you must be patient. If Shiba Inu wants to break free from the meme mindset that now surrounds it, the average holding duration for SHIB will have to drastically increase. ShibaSwap gives an incentive to increase the average holding time, perhaps reducing wild price fluctuations in Shiba Inu currency.

A sobering reality check
While there are plenty of potential catalysts for the world’s hottest cryptocurrency, I’d be negligent if I didn’t also give hodlers and potential investors a reality check.

For starters, Shiba Inu’s utility outside of bitcoin exchanges is quite restricted. Only 375 retailers globally accept SHIB for payment, according to the online business directory Cryptwerk, with over 10% of these merchants being crypto exchanges. In comparison, the world’s entrepreneur population is above 500 million. SHIB isn’t useful in the actual world, to put it bluntly.

Another gut check for hodlers is that the Shiba Inu breed does not provide any meaningful competitive advantage or distinctiveness. While some may refer to Shiboshi NFTs or the Oshiverse as examples of distinction, I’d want to point out that NFTs and games are used in a variety of other projects. There’s nothing about Shiba Inu that indicates, “This is the reason that will cause businesses to battle to embrace SHIB.” It won’t be able to keep its $21.5 billion market worth if it can’t separate out from the throng.

History also serves as a cautionary tale. Payment coins that had earlier risen 24,000 percent or more in a short period of time have reversed their fortunes, losing 93 percent to 99 percent of their value in the same time frame. There’s a good likelihood that a 54,000,000% rise in less than a year will be followed by a similarly massive drop.

Thank you for reading my article. I hope you found it interesting and useful. Let me know your views in the comment section.