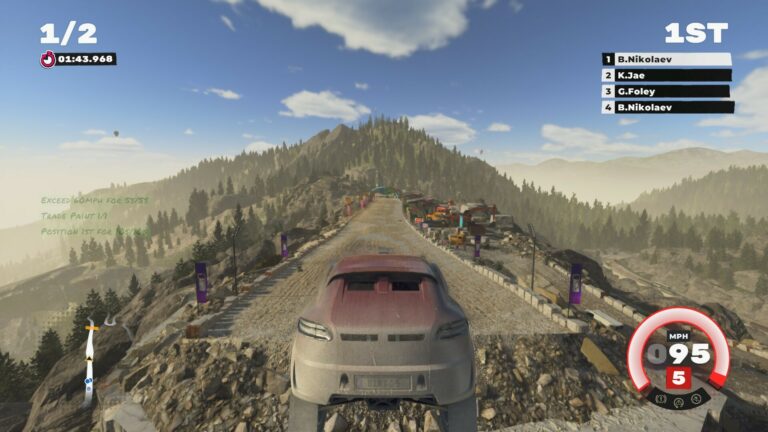 PS Plus games for January 2022 have been revealed early

It’s still a long way off the PS Plus free games release date is January 2022, but an exciting leak has surfaced with fantastic titles for both PlayStation 4 and PS5. It has been a good year for video games as we got a lot of great new games like Guardians of the Galaxy, Deathloop, Ratchet, and Clank Rift Apart, Resident Evil Village, and many more. The January PlayStation Plus add-ons were unveiled, and this month the PlayStation is getting some love alongside some small but respected titles. The Official PlayStation Blog has revealed which two PlayStation 4 games we will have in the next couple of months.

According to a report by Dealabs, starting in 2022, PlayStation Plus will launch at least three new free games which will include action RPG Persona 5 forward, racing game Dirt 5 and science-fiction shooting game Deep Rock Galactic. The free games for PlayStation Plus in January 2022 will be announced soon at the end of December, and it is expected that Sony will usher in a new year. Although PS Plus subscribers still have less than two weeks to activate the free games that will launch the service in December 2021, many members have begun to wonder what might be the first lineup for the new year. If Sony follows its regular pattern the official announcement will be made on Wednesday, 29th December, and the games will be released for subscribers on 4th January 2022.

However, it’s also worth noting that this isn’t the first time Dealabs has received information on the PS Plus. Dealabs, the forum’s French website, has revealed all PS Plus games with a high degree of accuracy in recent months. The post leaked only the name of each free PS Plus game, and also managed to leak a mysterious ad game from the Epic Games Store.

Similar to the previous leak from Dealabs, this is a lingering uncertainty as it comes days before Sony can reasonably expect the official announcement of the free-to-play game that PS Plus subscribers can expect in January. We were only guessing at this for the PS5 title because next-gen games are ending and Sony has begun resorting to launching games like Godfall. Plus, it’s not the only thing that has made fans nervous about the December squad. For December we had the classic duo of PS4 titles Mortal Shell and Lego DC Super-Villian, And the thing which no one expected was a new version of Godfall.

PS5 and PS4 players will continue to have access to last month’s line of free games – Just Cause 4, Rocket Arena, and Worms Rumble – until Monday, January 4th. According to Dealabs, Deep Rock Galactic (PS5 / PS4), Persona 5 Strikers (PS4), and Dirt 5 (PS5 / PS4) will be free to play on PS Plus in January 2022.

Although many people only keep their membership to play online games, more people have subscribed to the service due to the free games distributed every month. The series is available for PS Plus subscribers on PS5 and is a great way to come back and play some games you might have missed. As the new year kicks off slowly in terms of game releases, it looks like Sony will be gearing up to ditch its old free-to-play catalog for PS4 and focusing on PS5. Let us know what you think of December PS Plus games and what you want in January in the comments below.