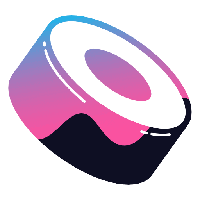 Everything You Need to Know about SushiSwap Crypto

What exactly is SushiSwap?
SushiSwap is a decentralized exchange that uses an Automated Market Maker (AMM) smart contract to conduct token exchanges and yield farming. The exchange, which runs on Ethereum, is an advanced fork of the Uniswap protocol, another DEX that uses the same AMM technology.

By paying liquidity providers with fees, the exchange financially incentivizes them to contribute tokens to the marketplace. These users are compensated with the charges that other traders incur while doing token swaps.
SushiSwap uses a multitude of decentralized oracles to report prices. SushiSwap’s TWAP oracle, Compound’s Open Price feed oracle, and Chainlink’s oracles are all on the list. Furthermore, arbitrageurs help to ‘deliver’ correct prices by reducing price discrepancies across all trading pairs.

What is SushiSwap, exactly?
SushiSwap is a decentralized exchange that conducts token trades and yield farming using an Automated Market Maker (AMM) smart contract. The Ethereum-based exchange is an improved fork of the Uniswap protocol, which employs the same AMM technology.

The exchange financially incentivizes liquidity providers to contribute tokens to the marketplace by paying them fees. These users are reimbursed for the fees that other traders pay when they execute token swaps.
SushiSwap reports prices using a network of decentralized oracles. The TWAP oracle from SushiSwap, the Open Price feed oracle from Compound, and the oracles from Chainlink are all in the list. Arbitrageurs also aid in the ‘delivery’ of right prices by lowering price disparities across all trading pairs.

SushiSwap is now ranked sixth on the DeFi Pulse leaderboard, with a total of $3.69 billion in collateralized assets. Uniswap, on the other side, is rated sixth with $3.97 billion in assets.

The DEX’s success is mostly due to strategic and tactical thinking. SushiSwap gained more than $1.6 billion in liquidity in less than a month by providing superior services than their competitors. However, because the features were only transitory, the platform’s popularity waned. SushiSwap moved from being DeFi’s finest endeavor to being the worst as a result of a few disputes.

As a result, for months, no one wanted to touch the protocol. SushiSwap was only able to regain the confidence of the community once fresh developers began working on it.

SushiSwap’s beginnings
Chef Nomi, an unknown developer operating under the alias of a character from the popular online card game Hearthstone, invented SushiSwap. The idea gathered traction on Twitter around August 28 when people discussed the possibility of making more profit by transferring Uniswap’s liquidity to a forked platform.

As a metaphor to SushiSwap sucking liquidity from the old platform, the technique was dubbed “vampire mining.” The DEX only had three liquidity pools when it was opened in early September: SUSHI/ETH, USDC/ETH, and USDT/ETH.

SushiSwap garnered a large portion of the market’s liquidity by offering key DeFi features before Uniswap. SushiSwap established a governance mechanism along with its SUSHI coin, whereas the other exchanges lagged behind.

Liquidity providers have earned 1,000 SUSHI tokens for each block for the first two weeks. The whole DeFi community got on the SushiSwap bandwagon after learning that the new platform planned to reward yield growers with ten times higher APR for a short period. Even the most ardent Uniswap supporters have flipped.

Traders ended up farming on pools with cheaper costs, such as SushiSwap, which charged 0.25 percent vs Uniswap’s 0.3 percent. The SUSHI token, on the other hand, was the key inducement for people to join the new platform. Farmers received an additional 0.05 percent in the form of SUSHI as a prize.

Those who were optimistic about SUSHI’s long-term prospects moved, while those who desired bigger fee incentives remained with Uniswap.

Chef Nomi refused to back down on the matter of locking $14 million in assets from SushiSwap’s development fund, and the initiative collapsed under its own weight after only two weeks. After that, he was replaced by a group of competent blockchain developers who secretly began working on the exchange.

Why is SushiSwap such a hit?
SushiSwap is well-known for its wide number of liquidity pools and community-oriented strategy. It is one of the only decentralized exchanges with significant liquidity, comparable to centralized trading platforms.

SushiSwap is frequently used by traders as a substitute for Uniswap. Despite the fact that the trades are nearly identical, many people are dissatisfied with Uniswap’s lack of progress. Since the debut of the UNI coin and its governance architecture, the project hasn’t added any major features.

SushiSwap developers, on the other hand, work hard to create unique features that help the platform remain competitive. In the sections below, we’ll go through some of the features.

SushiSwap’s distinguishing traits
SushiSwap is quite similar to Uniswap, with the exception of a few unique features. If you know how one DEX works, you’ll have no trouble using the other.

Token exchanges and yield farming are the two main aspects of SushiSwap. Token swaps are used for trade, whereas yield farming is used to generate interest on current assets. If you’ve spent more than 5 minutes on Crypto Twitter, you’re undoubtedly familiar with these two notions. We’ll talk about the latest things that SushiSwap has to offer instead of regurgitating information.

SushiSwap began as a contentious yet popular fork of the Uniswap system. After six months, the project has risen to the top of DeFi’s top ten DeFi protocols and is the second-best decentralized exchange. It’s time to clarify what the DEX is all about with a detailed SushiSwap review now that it’s directly competing with its older sibling Uniswap.

The top DeFi initiatives are decentralized exchanges (DEXs). They’re an important aspect of the ecosystem that allows everyone to trade and invest without needing authorization, and they’re unlike anything we’ve seen with CEXs.

Decentralized exchanges, like centralized exchanges, are subject to continual community pressure as well as rivalry from rivals. There isn’t a single month in this space when different procedures don’t replace one another. DeFi investors, in the spirit of capitalism, are always on the lookout for the most efficient and productive platforms available.

SushiSwap is one such competing platform that has managed to steal the focus from the market’s most promising projects. SushiSwap made millions of dollars within hours after releasing its yield farming platform, despite starting off basic with only a new interface and a farmable governance token.

It’s more than simply a cryptocurrency with your favorite meal as its name.

SushiSwap (SUSHI) is a digital token and a decentralized exchange that was launched in August 2020. The exchange provides a venue for anybody to trade cryptocurrencies, thus the term “swap” is in the name’s second part. In terms of the first half, it appears that the designer enjoys sushi.

SushiSwap isn’t a joke, even though it attempts for a lighthearted atmosphere. According to CoinMarketCap statistics, the exchange currently has over $3 billion in liquidity, and the cryptocurrency’s price has grown by over 1,500 percent since November. If you’re considering becoming a “sushi chef,” as SushiSwap refers to them, here’s what you need to know first.

SushiSwap is an automated market maker based on the code of Uniswap.
SushiSwap is an automated market maker, which is a form of decentralized exchange (AMM). It allows users to exchange cryptocurrency tokens, but deals are not managed by a central authority. SushiSwap, on the other hand, uses mathematical algorithms to calculate pricing and uses smart contracts to handle deals.

1. What is the source of all these bitcoin funds? SushiSwap has liquidity pools, or big pools of funds, for this purpose. In exchange for incentives, its members lend their own crypto to these liquidity pools.

SushiSwap is an automated market maker based on the code of Uniswap.
SushiSwap is an automated market maker, which is a form of decentralized exchange (AMM). It allows users to exchange cryptocurrency tokens, but deals are not managed by a central authority. SushiSwap, on the other hand, uses mathematical algorithms to calculate pricing and uses smart contracts to handle deals.

What is the source of all these bitcoin funds? SushiSwap has liquidity pools, or big pools of funds, for this purpose. In exchange for incentives, its members lend their own crypto to these liquidity pools.

SushiSwap isn’t the only AMM out there. It’s based on a different one: Uniswap (UNI). Chef Nomi, a nickname for an unknown developer, cloned Uniswap’s code, which meant they used it to make SushiSwap.

SushiSwap’s initial challenge was attracting customers who would offer liquidity by lending their cryptocurrency. People could already do that with Uniswap, thus an incentive to migrate to a new exchange would be necessary.

SushiSwap tokens were used as an incentive by Chef Nomi. SushiSwap users might get these by making deposits. Chef Nomi devised a strategy to assist SushiSwap to acquire an advantage over its competitor. To gain incentives on SushiSwap, users would have to deposit Uniswap tokens. Those that moved to SushiSwap would earn more than they could on Uniswap because of the perks.

This has been dubbed a “vampire assault” since it resulted in Uniswap’s liquidity being drained and transferred to SushiSwap. SushiSwap ended up with roughly $810 million in bitcoin money. However, the incident drew so much attention that both exchanges saw a significant increase in users.

3. The original developer pulled a rug out from under you, but then restored your money.
SushiSwap hasn’t always been popular. Chef Nomi engaged in a typical ruse known as a rug pull early on. This occurs when a developer obtains monies from a project’s investors.

On Sept. 5, 2020, barely a week after the exchange’s inception, Chef Nomi took over 2.5 million SushiSwap tokens and 20,000 Ethereum. The crypto stolen at the time was worth around $14 million.

Many people in the SushiSwap community were disappointed, but it wasn’t the end of the world. Sam Bankman-Fried, CEO of FTX and a SushiSwap early investor, volunteered to take over the initiative and gift 5 million SushiSwap tokens.

To manage the project, a new team was formed. Chef Nomi also expressed regret to the community and returned all of the cryptocurrency he had taken.

4. Users may trade cryptocurrency, borrow money, and earn points.
SushiSwap allows you to accomplish a variety of tasks, including:

5. SushiSwap does not require an account to utilize.
The SushiSwap experience is vastly different from that of centralized bitcoin exchanges. You are not required to register an account or complete an identity verification process.

If you want to buy SushiSwap, it’s available on several crypto exchanges. Make sure to check out some of its competitors as well if decentralized finance (DeFi) applications are of interest to you. And remember that like all crypto, SushiSwap is risky, so you shouldn’t spend more on it than you could afford to lose.