Everything You Need to Know About TrueFi 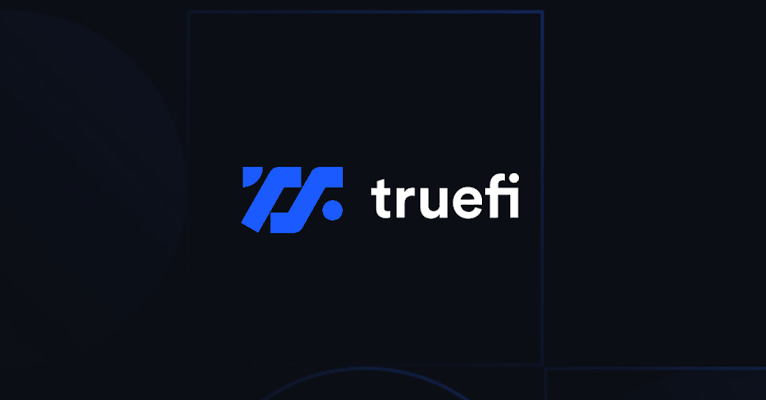 TrueFi (TRU) is an Ethereum token that drives TrueFi, a decentralized financial system that uses on-chain credit scores for uncollateralized lending. On the TrueFi protocol, TRU can be used for staking (approving or rejecting new loans) and governance.

TrueFi is a technology that allows liquidity providers to create interest-bearing pools with a high APR. TrueFi uses TrustTokens (TRU) as a utility and incentives system, rewarding players for maintaining stable, high APRs.

TRU is the TrueFi protocol’s native token, and it’s used for: TrustToken holders have the last word on who is a trustworthy borrower in the prediction market. TRU allows the account holder to rate credit for other parties. TRU credit rating allows for the creation of a permissionless credit system based solely on incentives. TRU shareholders have a stake in the development of a new credit system.

Truefi, a marketplace for uncollateralized loans, has raised $12.5 million from three key investors. Blocktower, a cryptocurrency investment business located in New York, led the token sale. Alameda Research, which is controlled by Sam Bankman-Fried, the inventor of FTX, and A16z were also significant investors. Truefi is one of the industry’s few uncollateralized Defi-based lending systems.

What is TrustToken?
TrueFi, a DeFi platform on the Ethereum Blockchain that allows uncollateralized lending in the cryptocurrency business, and TrueFX, a stablecoin basket built on all five TrueCurrencies, including TUSD, TGBP, TAUD, TCAD, and THKD, are two of TrustToken’s main offerings.

Rafael explained to us more about TrustToken and its company throughout the conversation. “Our major offering is TrueFi,” he said, referring to a DeFi protocol for uncollateralized lending. It’s similar to Compound or Aave, except instead of requiring collateral, it does genuine credit scoring.

TrueFi, a platform for uncollateralized lending driven by the first-ever on-chain credit scores and managed by TRU token holders, has been introduced by TrustToken.

TrueFi enabled (a) verified borrowers to seek loans denominated in TrueUSD (“TUSD”), (b) TRU Stakers to analyze the trustworthiness of loans, and (c) TrueUSD lenders to earn substantial APY & TRU incentives on stablecoins loaned via the protocol when it launched on November 21st, 2020.

TrueFi’s mission is to introduce uncollateralized lending to the DeFi market.

This allows bitcoin lenders to earn excellent, long-term returns while also providing cryptocurrency borrowers with predictable loans that allow them to maximize their operating capital.
Importantly, all loan and borrowing activity on TrueFi is completely transparent, allowing lenders to fully comprehend participating borrowers and cash movements.

July 20, 2021, Though the danger of loss in uncollateralized lending remains a real factor, TrueFi is making progress in decreasing these risks:
Loss Probability: While no investment is without danger, TrueFi continues to expand the pool of funds used to safeguard the assets lent to the platform, which is divided into two tranches:

1. Staked TRU (“stkTRU”), which gives lenders +$3 million in default protection as of this writing (up to 10 percent of all stkTRU can be liquidated in case of default)
2. In TrueFi V4, the Backstop (AKA “SAFU”) Fund will be launched, which will provide a specific layer of assurance against default losses, supported in part by the Company and in part by TrueFi protocol fees.

How Does TrueFi Work?

TRU holders may now dictate the future development of the TrueFi platform, including voting to modify the mechanics stated above, thanks to the advent of the TrueFi forum and Snapshot voting.

Truefi has secured $12.5 million in capital to help the company grow its operations and product offerings. The funds were raised by purchasing truefi (TRU), the company’s native token, which will be distributed in stages. Blocktower, a bitcoin blockchain VC firm based in New York, arranged the token sale, which included Alameda and A16z, two of the leading crypto investment organizations.

The approach was developed after extensive testing on defi using a system that simulates typical financial scenarios. Traditional financing is not the same as defi loans, which involve the provision of collateral in the first place. Banks use a credit score to determine whether or not to give loans, which is based on the customer’s activity and the number of transactions.

Truefi aspires to imitate this behavior by allowing users to take out uncollateralized loans based on certain criteria. Each blockchain user’s credit score will be determined by these characteristics. Trusttoken, the business behind the system and the issuer of trueusd, a popular stablecoin, has already received more than $200 million in loan originations as a result of this.

What is the smallest and largest sum that may be withdrawn?
Coinbase has put in place mechanisms on-chain and through our platform to keep the network healthy and efficient.

These safeguards include minimum and maximum quantities for each currency that customers can send through the blockchain.

Commitment to a Fair Market and Progressive Decentralization

TrueFi will be built on the notion of progressive decentralization. TrueFi’s initial efforts will be focused on establishing the protocol and disseminating TRU to the protocol’s user and developer community.
In the long term, TrueFi intends to build a market-driven, automated credit scoring and lending methodology. This will entail going above the prudent minimum and maximum APY restrictions, as well as a high TRU participation factor. It will also need more user responsibility, especially when it comes to onboarding new clients who are not on the pre-approved whitelist and allowing new loan types.

Progressive decentralization will be achieved in part through the issuance of TRU, which will be used to bet on individual loans at launch and might be used to influence significant TrueFi decisions in the future, such as onboarding new customers.
To progressively bring TrueFi under the hands of its users, 39 percent of TRU has been given to an incentive pool for platform participants including Lenders, TRU Stakers, and Liquidity Providers, as part of a strategy for progressive decentralization.

TRU is the TrueFi protocol’s native token, and it’s used for: TrustToken holders have the last word on who is a trustworthy borrower in the prediction market. TRU allows the account holder to rate credit for other parties. TRU credit rating allows for the creation of a permissionless credit system based solely on incentives. TRU shareholders have a stake in the development of a new credit system.

Trust partners control the funds backing TrueUSD directly for increased security. A redeemable USD certificate is issued for each token a consumer purchases and transmitted to their ETH wallet address.

TUSD is an excellent option for crypto traders who wish to trade without having to deal with Bitcoin or Ethereum right away. It may be relied upon to protect against market volatility.

Thank you for taking the time to read my article. I hope you found it informative and entertaining. Please spread the word to your friends and family, and let me know what you think in the comments area below.