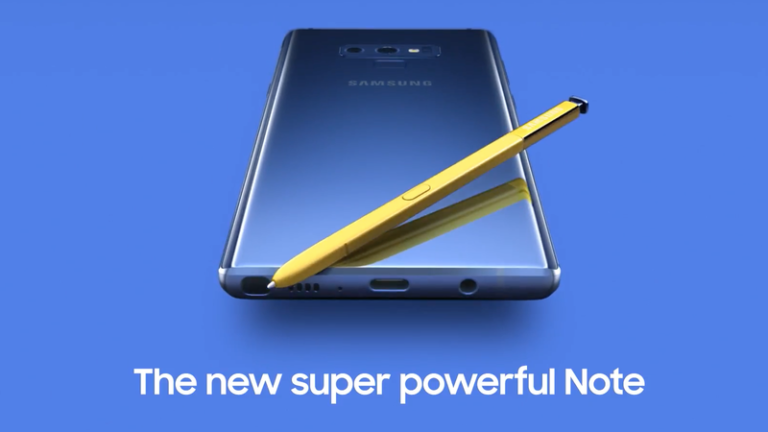 Everything You Want to Know about Samsung Unpacked 2018

Samsung unveiled a range of new devices in the Samsung Unpacked 2018 event in New York. The company launched its new flagship smartphone – Galaxy Note 9, a smartwatch – Galaxy Watch, and a smart speaker – Galaxy Home, which will feature Bixby.

Samsung also announced that it has entered into a partnership with Spotify, which means that soon, Spotify integration will come to Samsung devices.

As far as its look or design is concerned, the Note 9 has a metal frame sandwiched in between two glass sheets, one at the back and another at the front. It features curved glass so that its design looks different and stands out in the crowd.

The front camera has 8 MP sensor with f/1.7 aperture. Samsung has added some new features in the camera software and now it offers AI features like Scene Optimizer.

Apart from these, the Note 9 has S Pen. the company has added Bluetooth support to S Pen now users can use S Pen as a remote control for their phones. Users can activate the camera shutter, control music playback, unlock their phone, and launch apps by using the Bluetooth feature of S Pen.

The S Pen could turn out to be one of the main attractions and a defining factor for the Samsung Galaxy Note 9.

The Note 9 has a 4000 mAh battery to power it up. This is the largest battery among the Note Series smartphones. The chances of a battery fiasco like the Note 7 is highly unlikely. The smartphone supports fast charging and wireless charging. It has a USB -C port for charging and data transfer purposes.

The pre-order will begin on August 10 in US. And the sale will start form August 24 in US.

Samsung also launched a new smartwatch with fresh branding. The Galaxy Watch has 3G/LTE connectivity. Also, the watch charges wirelessly. The company has launched the two models of the smartwatch – a 46mm silver watch and a 42mm black and rose gold variant.