Everything You Wanted To Know About India’s Biggest Personal Assistance Platforms – Haptik!

Artificial Intelligence has changed our lives so much that it has become very difficult for us to live without them. Most of the services provided by humans have been replaced by AI. This has made a drastic shift in the way we see things. Haptik is one such platform that has made all of our lives so much easier with their personal assistance services through chatbots and so on.

The artificial intelligence market in India is growing at a rate of 37.2% CAGR. The industry is on its way to reach 11,781 million USD by the end of 2025. The government of India has introduced plans and packages supporting the same, which reinforces the positive trend.

Haptik was launched in India in 2013, and this was a time when people were only getting familiar with terms such as artificial intelligence and chatbots. The team had to face tough competition from companies providing similar services such as Floatbot, Yellow Messenger and so on. But they have been able to secure a niche of their own.

No one can imagine a life without their smartphone in it. We have become especially attached to our messaging and chatting apps. This trend was observed way before by Aakrit Vaish and Swapan Rajdev, which gave them the idea of launching a chatbot based application. 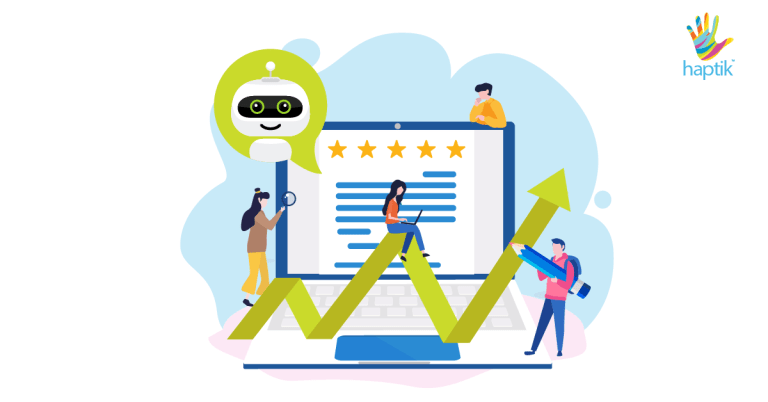 They deciphered that a personal assistance platform would take off well in the future and they were absolutely right. Started in 2013 in Mumbai, Haptik has faced its fair share of challenges and setbacks, but is all set to reap the benefits of the favorable market.

Haptik has always been in the leading position when it came to the chatbot business. They were one of the very first enterprises to come up with the idea and have a huge advantage of the experience factor when compared to its competitors. They have had lots and lots of experimentations done on the concept and have almost perfected the art. 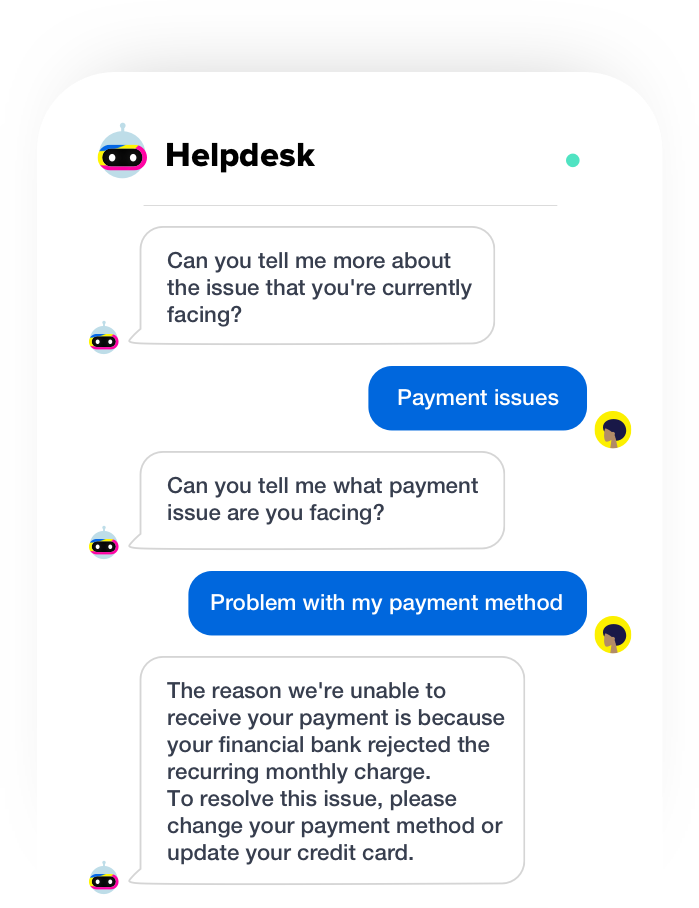 One of their biggest strong points is indeed the upper hand in technology. The in-depth knowledge in Machine Learning and NLP has also aided the company to be one step ahead of the competitors. They were one of the very first firms to reap the benefits of the chatbot industry by foreseeing the growing liking of the people to interface and personal assistance.

They also concentrated on being a B2B model, which proved more effective for the team. The biggest advantage of Haptik is that they provide customized services to the customers. There is no one model for all kind of a concept that works there. This has also led to the team to stand out from the rest.

Founders Background In The Industry

The right decisions at the right time have helped Haptik reach the level of success we see today. And all credit goes to the co-founders Aakrit Vaish and Swapan Rajdev. Aakrit is an engineering graduate from the University of Illinois, and after his studies, he joined Motorola and then Deloitte. Soon, he transferred to Flurry where he was exposed to the world of mobile applications and their endless scope.

As he came back to India, he began looking for opportunities to build something of his own and sought the help of his friend Swapan Rajdev. Swapan too was an engineering graduate from the University of Illinois, who also had the talent to spot the right opportunity at the right time.

From a rather unsuccessful launch of its beta phase called Batman to becoming the nation’s biggest AI-based personal assistance platform, Haptik has indeed come a very long way. They have over one million downloads in Play Store and are the highest-rated mobile application in India. 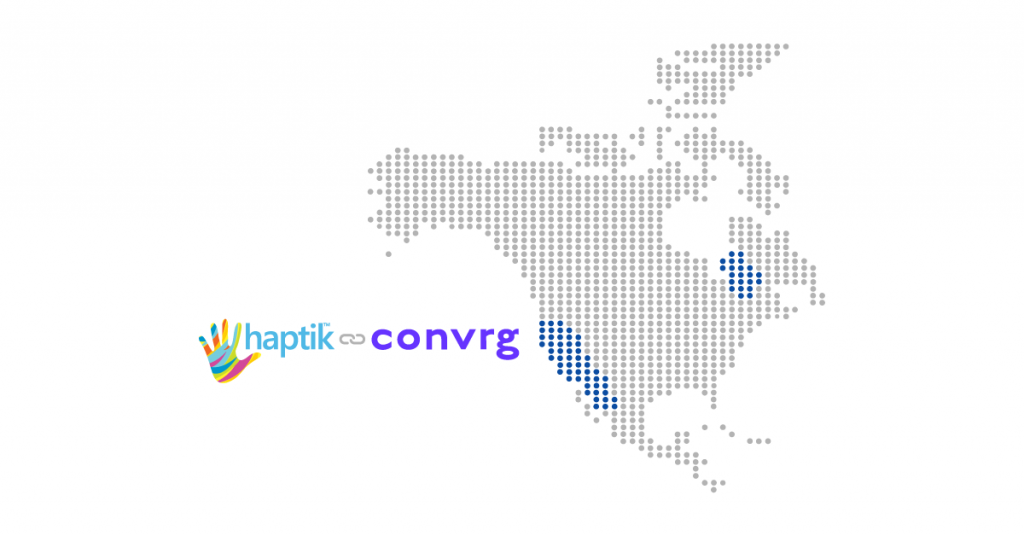 The organization handles over 50 million conversation yearly and has a clean history when it comes to customer churns. This is no ordinary feat and the team has indeed worked very hard to reach where they are today.

More and more people seek the assistance of chatbots to solve their daily problems and help in easier decision making. The company is now looking forward to expanding there scope across the globe and are absolutely confident that they will be able to see the same magnitude of results they could see in India.

Haptik has raised over 12.2 million USD from 2 rounds of funding. Kalaari Capital and Times Internet are the major investors of the company. The firm has also acquired Buzzo.ai and CONVRG in the past years. They have also partnered with some major companies such as Amazon Pay, HDFC Life, Uber, Times Internet and so on. 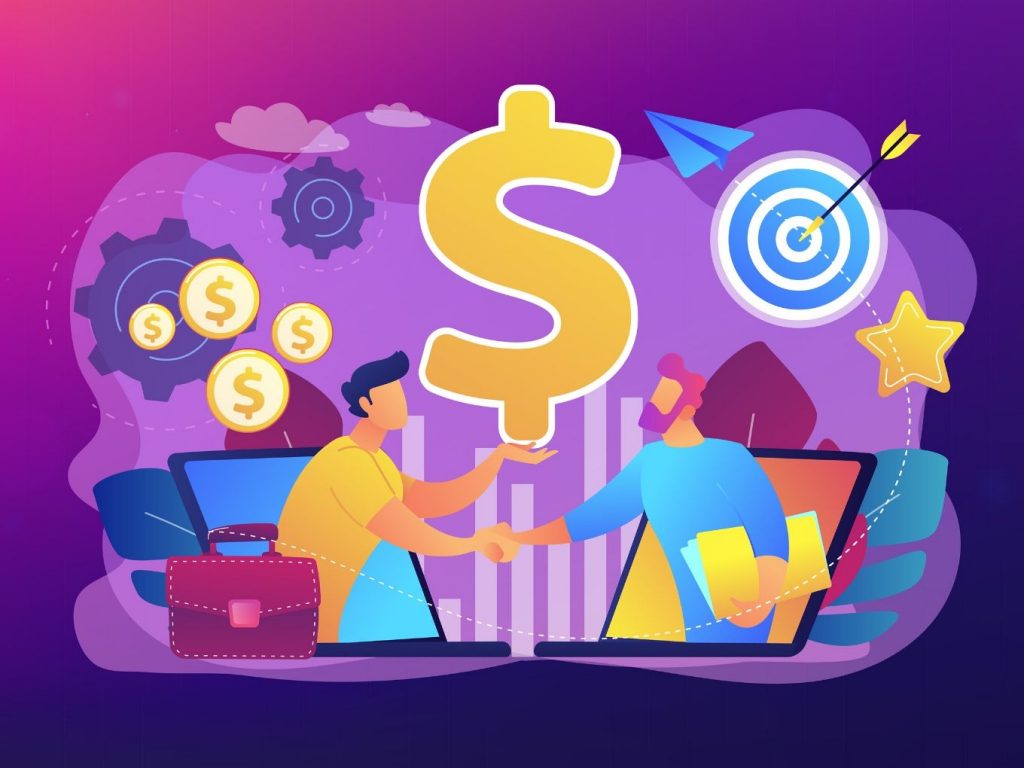 In 2019, Reliance Jio Digital acquired a major stake of Haptik for around 700 crores. The firm is looking forward to building more of their automated system and even voice assistance services. They also are planning to expand to the US and other areas where the scope for AI has untapped potential.

As of now, the chat-bot assistance is available only in English. The organization is looking forward to including a lot more of the regional languages into the system, so that they can get to the rest of the nations population.  Again, the firm is looking forward to bringing in more and more technological advancements that help them stay ahead of the game. 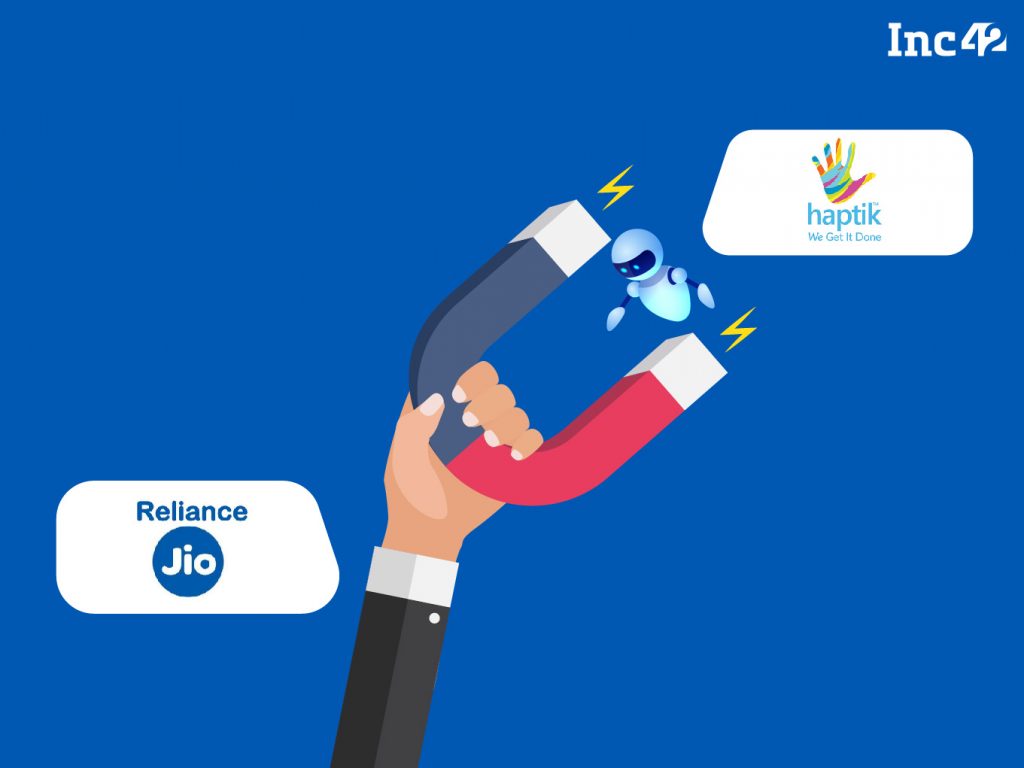 More and more enterprises are adopting chat-bots into their interfaces and the traffic is also increasing proportionately. This has set a great set of opportunities for Haptik, which they are about to channel into.