Excitement pours down as Dubai creates fake rain to beat the heat. 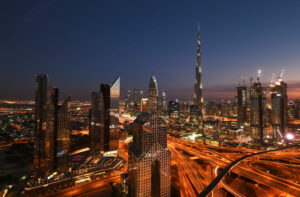 Dubai has come up with an interesting plan of action to beat the intolerable heat. Fake rain was created by the National Centre of Meteorology providing a rather smart solution for the problem at hand. Seems like the heat instead of frying the brains had the positive effect of energizing the brain into brilliant action. And they have a solution at hand. As the heat crossed 50 degrees celsius, the experts took the matter to their hands rather than waiting for the rain gods to be merciful. As the wise ones say, “when there is a will, there is a way.” And this “will” materialized in the form of a heavy downpour that will even beat the actual monsoon downpour.

The Secret Behind The Showers

Humans do not have magic that can miraculously change situations with the flick of a wand. However, they sure have technology that is a good enough substitute for magic. Perhaps, an even better substitute with better results. All you need to do to work the magic is to lubricate the brain a bit so that it gets a speed boost to work with brilliance. Seems like the experts in Dubai got that spell right. The rage of the Sun is no more a matter to be worried about, thanks to technology.

Jokes apart, the secret behind the rains in Dubai that gave the much-awaited relief from the raging summer heat is a drone technology that goes by the name, “cloud seeding.” The news of the fake rains might be shockingly surprising. Well, can there be a better coincidence. Because these rains came about by giving a shock to the clouds. As insane as that sounds, when viewed with the glass of tech knowledge, it does make sense. The showers come about as the clouds crowd together in response to the electric shock given by the tech. It is also evident that the drones gave an electric charge not just to the air molecules but also a charge of excitement to those around them.

Technology and science are the logical counterparts of magic and spells that are often described with awe and wonder in fantastical stories. Seems like magic is not a forbidden treasure for humankind after all. The artificial rain that poured down is yet another example of man mastering his environment, a modern-day version of the same story when they worked out the spell behind fire and wheel and kick-started a revolution.