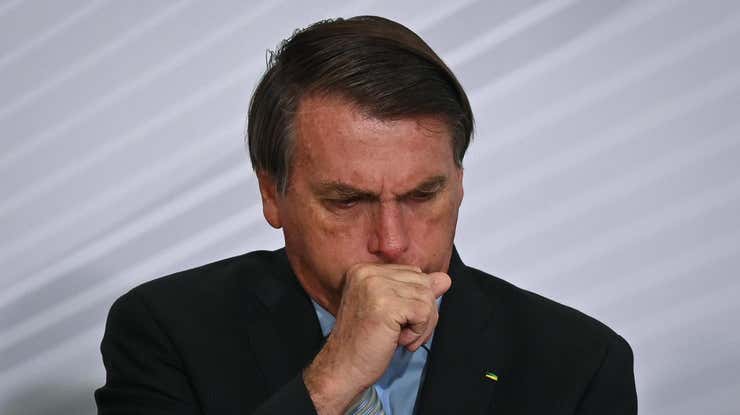 What did Bolsonaro say in the video that was so offensive that it had to be removed because it violated Facebook’s rules? In the video, Bolsonaro stated that covid-19 vaccines were causing AIDS in humans.

According to an English translation by France 24, “people who are fully vaccinated against covid-19 are developing Acquired Immune Deficiency Syndrome much faster than expected.”

Bolsonaro’s assertion that vaccines cause AIDS is based on a false online hoax that went popular in anti-vaccine circles and claimed to be backed up by the British authorities.

Bolsonaro remarked in the now-deleted video, “I recommend you read the article,” without specifying which item he was referring to.

Bolsonaro, on the other hand, was plainly aware that he was propagating nonsense, as he even warned that sharing too much information about the conspiracy theory could result in his being removed from Facebook.

“I’m not going to read it here because I don’t want to lose my Facebook live video,” Bolsonaro remarked of the article.

Why bother mentioning the nameless article if you knew it was so bad that it could get your video taken down? That section is a bit hazy. Bolsonaro, who contracted covid-19 but survived, has been a key hurdle to getting Brazilians vaccinated against the coronavirus, which is the only long-term solution to the pandemic.

It’s unclear why the video took so long to be removed if it was in violation of the social media giant’s rules of service.

Brazilian senators have accused Bolsonaro, a far-right ally of other authoritarians like Donald Trump, of crimes against humanity for his response to the covid-19 outbreak, which has killed more than 606,000 people. Bolsonaro’s animosity for Brazil’s indigenous population, as well as the senseless deaths of indigenous people, has been criticised.

“Even before the pandemic, President Jair Bolsonaro commanded an anti-indigenous policy that deliberately exposed native peoples to a lack of assistance, harassment, land invasions and violence, with these acts of outright hostility intensifying … after the arrival of the virus,” the draft report says, according to a copy reviewed by the Guardian.

“By allowing the virus to proceed … he caused death and suffering remotely. The constant harassment and deliberate neglect, combined with the pandemic, were worse than weapons,” the report continues.

Brazil is averaging roughly 11,000 new covid-19 cases every day, with 334 new deaths per day on a seven-day average. While this is far better than the United States’ present performance, Brazil has a smaller population.