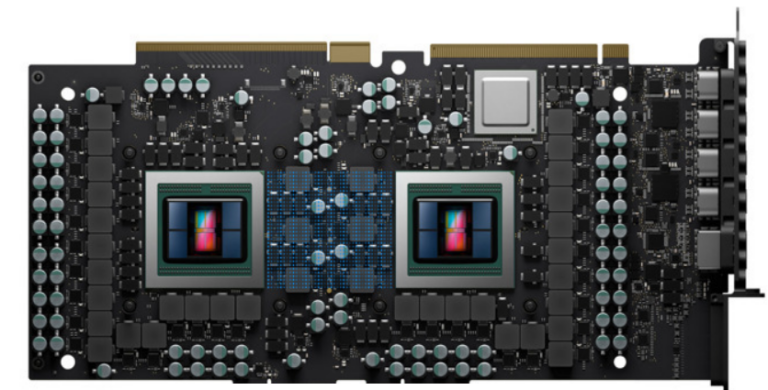 Apple blasted Intel with its first-generation M1 CPUs, delivering a rare step-change performance boost with the 2020 MacBook Air and 13-inch MacBook Pro. It is currently competing with the best GPUs from AMD and Nvidia less than a year later.

Nvidia’s Studio laptops have attempted to entice many of Apple’s professional and creative customers, but Apple has not only corrected the mistakes it made with the MacBook port selection and keyboard, but it has also scaled up its M1 chips to meet the performance expectations of 14- and 16-inch laptops. It’s simple to see why creative professionals are ecstatic about the outcome.

While Windows laptops have grown in popularity among Mac users over the previous five years, Apple’s new M1 Pro and M1 Max CPUs tilt the scales, especially in the GPU area. They look to be warning shots fired at AMD and Nvidia-powered competitors.

Apple appears to be sure that it can provide the same performance as a high-end discrete graphics card while consuming significantly less power.

This is all part of Apple’s ambitious goal of transitioning its whole Mac lineup to Apple Silicon by the end of 2022, and it’s only a taste of what’s in store for the company’s most powerful Mac, the towering Mac Pro.

While the M1 Max is Apple’s biggest processor to date, it still incorporates graphics within a system-on-a-chip (SoC) architecture, as opposed to dedicated and separate RTX 3080 cards.

While there are certain limitations, early reviews appear to back up some of Apple’s promises. Anandtech discovered that both the M1 Pro and M1 Max perform well on productivity-focused workloads, with a GFXBench test bringing it near to defeating an RTX 3080 laptop outfitted with Intel’s flagship Core i9-11980HK notebook CPU.

These are the kinds of workloads you’d expect the M1 Max to do well, especially considering Apple’s efforts to improve its processors for productivity activities.

YouTuber Dave2D noticed that the M1 Max was somewhat slower than a comparable RTX 3080 computer for Adobe Premiere Pro workloads, and that M1 Max performance fluctuates depending on the work performed.

When it comes to gaming, the M1 Max and M1 Pro clearly fall short. In Shadow of the Tomb Raider, the M1 Max outperforms an RTX 3060 machine. While midrange gaming on an SoC is fantastic, it falls short of Apple’s claims because an RTX 3060 is a substantial step down from an RTX 3070, much alone an RTX 3080.

In Borderlands 3, the flagship M1 Max performs less than half as well as an RTX 3080 laptop, according to Anandtech’s testing. We’re still analyzing Apple’s newest MacBook Pros, but we’ve learned that in terms of gaming performance, the M1 Max is about equivalent to an RTX 3060 laptop.

When you consider the power demand and thermal headroom involved, it’s also outstanding. We’ve already seen how a fan can improve the performance of the MacBook Pro 13-inch model over the fanless MacBook Air.

Now we’ll see how it performs with a 140W power adapter and a bigger 14- or 16-inch chassis to distribute heat. What might Apple do in an iMac or Mac Pro with more time and space to construct a bigger and better GPU with fewer thermal and power constraints?

“It’s clear that Apple’s ongoing experience with GPUs has paid off with the development of their A-series chips, and now their M1 family of SoCs,” writes Anandtech’s Andrei Frumusanu. “Put succinctly, the new M1 SoCs prove that Apple can build the kind of big and powerful GPUs that they need for their high-end machines. AMD and NVIDIA need not apply.”

According to Bloomberg reporter Mark Gurman, those larger processors are already on the way, with Apple planning two variants for the next desktop Mac Pro that will have “2x and 4x the amount of CPU and GPU cores as the M1 Max.” On the most top-end Mac Pro models, this will result in up to 40 CPU cores and up to 128 GPU cores, and it will be the true test of Apple’s ability to expand its M1 edge.

For those who think the M1 Pro and M1 Max in the MacBook Pro are impressive, the new Mac Pro desktop is expected to come in at least two variations: 2X and 4X the number of CPU and GPU cores as the M1 Max. That’s up to 40 CPU cores and 128 GPU cores on the high-end.

With the M1 Max, Apple is already close to mobile RTX 3080s in some workloads – we’re excited to see what it can achieve when Apple’s chip designers can focus less on mobility and more on cooling its hardware for optimal performance.

If additional applications and even games are tuned to take use of the M1 Pro and M1 Max chips, and Apple’s desktop CPUs produce the performance increases we’ve seen with M1, Apple might be on track to redefine desktop PC performance expectations, just as it did with laptop chips late last year.