Shiv And Steve’s Exclusive On Facebook F8 And Neuralink Updates 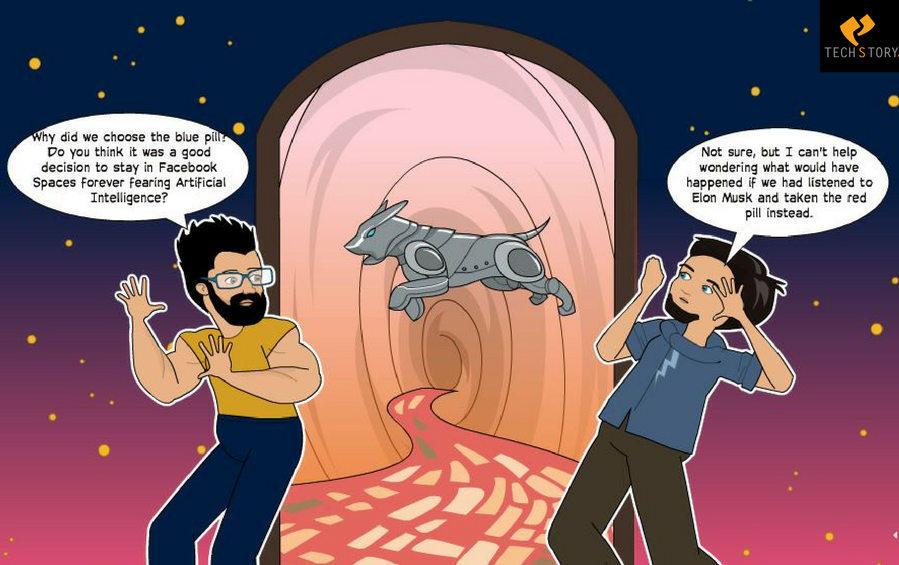 Steve: Virtual world is turning into reality.. ? Do you think he is The One? Also, Facebook spaces is amazing man.. Now we can have our entire team meeting in virtual spaces.. ?

Shiv: Woho! I didn’t know Zuckerberg too is looking out for the future! Oh yes we’ll have such meetings ? and we can hire people using Google Hire ?? Sorted.

Steve: At the rate people are laid off, I am guessing more people will be opting Google hire.. How cool it would be if Google is going to hire them directly.. ?

Also will Amazon use Google Hire, to set up Its team in Australia? ?

Shiv: Haha will they check the Google history? Cos you need a Google account for ‘Hire’! Yeah man too many companies are laying off people. Will they end up in each other’s company?

Steve: There are definitely huge possibilities for that or given Ola’s recent business expansion plans, we can find more cab drivers.. ? “Will Quora hire laid off employees?” can we post this question on Quora?

Shiv: Haha, anyway Indians won’t be getting as much chance as they use to get before due to visa issues. Union minister Arun Jaitley raised concerns but I doubt if US will be biased towards India ?

Steve: Come on man, they need to be biased towards a poor country.. Else we’ll uninstall all their apps from our Android and iPhones and give them 1 star rating.. ?

Shiv: Hahaha Epic! Yeah we certainly can do that as well as uninstall our apps ? we can protest against Trump! As it many companies are against his decision and people are criticizing him for fake promises! ?

Steve: Well, this is a classic case of one troll making others pay the toll! Come on man, we need to unite to fight this injustice. How about merging local players like Grofers and BigBasket?

Shiv: Honestly these merger news could be a great story, but they don’t last long. They are much like Snapchat stories man, they will be on top for sometime and then vanish after 24 hours.

Steve: Yeah, it sucks in that way. But how about we copy cat this story model and call it zuck?

If you are thinking that these two are behind zuck.js, well you are terribly wrong. They are one of the bunch of co-founders who plan to copy cat a certain model without realizing that it has already hit the market. But will they startup something? Stay tuned until next week.