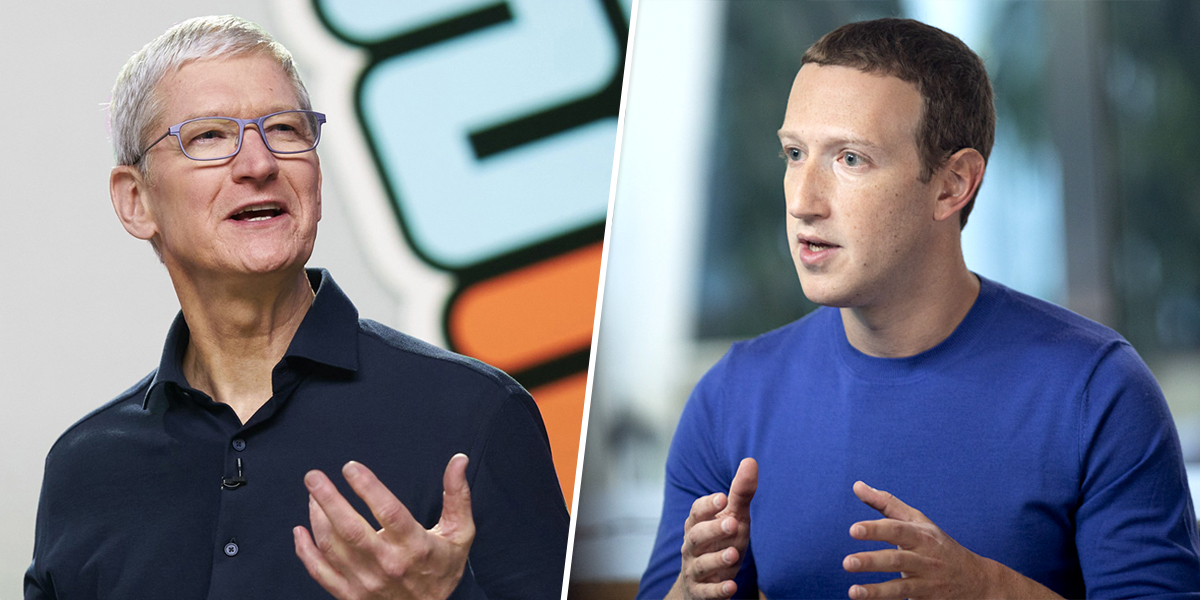 Facebook has recently paid for a research paper that claims Apple’s iOS 14 privacy and app tacking measures are for Apple’s own benefit and invokes anti-competitive behaviour in the market.

Yes, you read that right! Apple’s iOS 14 privacy measures are being questioned again, the integrity of the company is once again at stake because iOS 14 ad tracking and privacy controlling features have created a significant buzz in the industry. According to recent research conducted, only 2% of Apple users have allowed apps like Facebook to track their data for targeted advertisements and other purposes, the rest 98% of the population is in support of Apple for bringing light to such activities.

Anyhow, regarding these recent iOS 14 updates, Facebook has been furious since the beginning and calls it anti-competitive. The social media conglomerate says that Apple’s iOS 14 update that allows users to control their ad tracking and app tracking functionality has proven to be a great loss to small business and other advertising businesses that heavily relied on targeted ads for their revenue. Facebook is also one of those apps whose main revenue is generated through ad tracking and targeted advertisements.

According to recent reports, Facebook has funded a research paper that is studying Apple’s new iOS 14 app tracking transparency features and states that these changes are solely for Apple’s own benefit and prove to be anti-competitive in nature. As mentioned in a report by iMore, the paper is a blanket of condemnation of Apple’s new policy that seems almost undeniable.

“Huber C. Hurst Eminent Scholar Chair in Law and Professor, University of Florida Levin College of Law and Piramal Associate Professor of Business Administration, HBS. We gratefully acknowledge support from Facebook, Inc. in funding this analysis. The views expressed here are solely our own.”

This above-mentioned statement was mentioned on the first page of the paper in the footnotes and it clearly mentions that Facebook has funded this research against Apple’s new privacy and app transparency changes.

Furthermore, the abstract of the research paper says,

“Apple’s iOS 14 update represents an anti-competitive strategy disguised as a privacy-protecting measure. Apple now prohibits non-Apple apps from using information essential to providing relevant, personalized advertising, without explicit user opt-in. And users may opt-in only after they are shown an ominous and misleading prompt about “tracking,” one that Apple’s own apps and services need not display because consumers are automatically “opted in” to Apple’s own tracking. Apple’s policy will have the pernicious effects of enhancing the dominance of iOS among mobile operating systems and the dominance of its own apps and services within the iOS ecosystem while reducing consumer choice and devastating the free-app ecosystem”, as mentioned in a report by iMore.

Well, it is no surprise that Facebook is pissed at Apple for bringing in these changes and giving users the ability to change app tracking and ad tracking functionality using their iPhones. You must resonate with me when I tell you that just searching for an iPhone case would show me iPhone case advertisements all over social media on Instagram and Facebook. It becomes really creepy sometimes on how accurate these advertisements get and such incidents make us question, is our precious data even safe?

Anyhow, Facebook is getting back at Apple by funding this research paper because it is evidently not happy with Apple’s monopolistic ways.

Check out the complete research paper funded by Facebook, here.