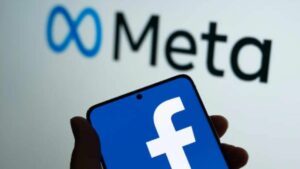 This comes after it was disclosed that the US police department has been collaborating with a tech business to analyze user data to aid in the investigation of crimes. The creation and usage of fraudulent accounts are forbidden on Facebook. The goal was to “establish a safe workplace where people can trust and hold one another accountable,” according to the statement.
In a letter outlining Facebook’s policies, vice president and deputy general counsel for civil rights Roy Austin wrote, “Not only do LAPD instructional documents use Facebook as an explicit example is advising officers to set up fake social media accounts, but documents also indicate that LAPD policies simply allow officers to create fake accounts for ‘online investigative activity.”
“While the LAPD may determine the legality of such policies, officers must follow Facebook’s policies when creating accounts on our services.” All activity on Facebook involving the use of phony accounts, impersonation of others, and data collecting for surveillance should be stopped by the police department.
The LAPD used Voyager Labs’ social media surveillance software to acquire data from suspects’ social media networks, including their friends’ accounts, according to documents obtained through public record requests submitted by the Brennan Center for Justice. Voyager Labs says that its software can analyze enormous volumes of data to aid in the investigation of crimes, including determining users’ motives and opinions.
The program had proved particularly beneficial in analyzing the operations of street gangs online, and important in helping the LAPD’s robbery and homicide section collect evidence, according to emails from the LAPD. Facebook claims that spying on users and impersonating legitimate users is incompatible with the company’s mission, which is to allow individuals to “connect and share with real people using their true identities.”
Fake names, according to Robert Potter, an Australian security expert who specializes in legitimate monitoring, can be permissible in instances where human rights advocates or journalists want to safeguard their anonymity online, or for users in countries where the internet is censored. And he’s shocked by the social media giant’s tough position against the LAPD, given that it’s been sluggish to act on issues like false political ads, online frauds, and social media’s bad effects on youth in the past. Despite its claims of authenticity and accountability, Facebook blocked the accounts of US academics who were analyzing political ads on its site in August.
Facebook claimed that the academics’ data-scraping browser extension tool jeopardized its security, while the academics contended that their work was critical in sustaining democracy and transparency in the social network’s policies.
Mr. Potter, who built the Washington Post’s cyber-security operations center and has advised the Australian government on cyber-security, said, “If you’re not cracking down across the board on malicious actors using your platform, you don’t have strong grounds to crack down on legitimate use of the platform.”