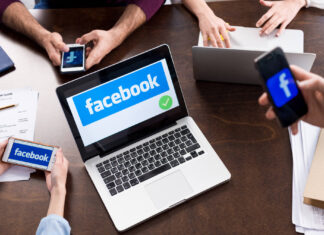 A new report claims that social media giant Facebook and tech biggie Google profited from dangerous “abortion reversal” ads, that were used to target teens, and were viewed millions of times.

The report has been published by the Center for Countering Digital Hate.

The ads were apparently about abortion reversal pills, which are sold using unverified methods to reverse the effects of medicines that are taken to initiate medical abortion. The American College of Obstericians and Gynaecologists has deemed the pills to be “unsafe and unscientific.” One highly dangerous adverse effect of the drugs has been found to be potentially fatal bleeding.

These ads have been viewed by users in Facebook a total of 18.4 million times since January last year. Out of these, 70,000 views were from teens, which have been attributed to a specific Facebook tool which allows advertisers to target users between 13 and 17 years of age.

These ads were displayed even though Facebook has a policy in place, which bans ads promoting “inappropriate, illegal, or unsafe” products that are targeted towards minors. The reason? Presumably a hefty profit that the social media company made in return for letting the advertisements persist. The report claims the firm made a profit of about $140,667 through ads about abortion reversal products/services since the beginning of 2020.

A Facebook  spokesperson has said that a handful of such ads, which were found to be “inactive or months or years old,” have been taken down by the firm, since they were violating its policies about “adult products and services.”

Meanwhile, search giant Google too, has been accused of supporting such ads in the report. As per the Center, as many as eighty three percent searches pertaining to keywords like “unwanted pregnancy,” “find abortion clinic near me,” or “planned parenthood” turned up results containing abortion reversal ads. Out of these, 98 percent of the ads were placed by Heartbeat International, an Ohio-based firm.

A spokesperson for the company has said that such ads have been removed, and are not allowed without proper medical approval. Additionally, companies running ads that have anything to do with the word “abortion” need to complete a certification to ascertain whether or not they offer abortion services.

This information is used by the search engine to provide automatic in-ad disclosures about whether or not the advertiser provides abortion services.