Facebook rolls out Live Audio Rooms and Podcasts in the U.S. 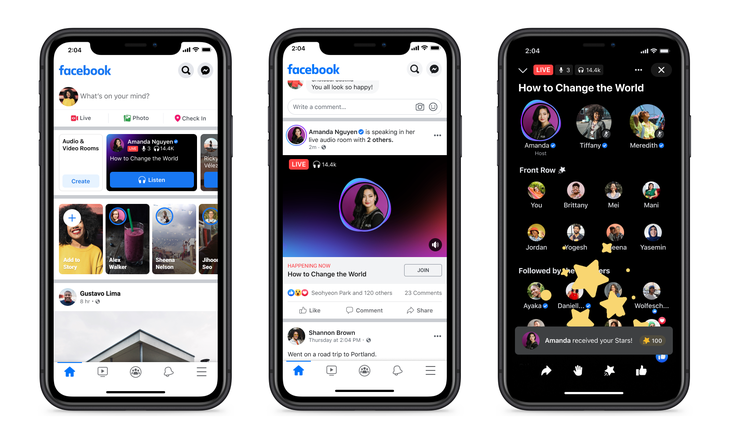 Facebook is one of the most innovative companies in the industry, the social media conglomerate is developing new technology and entering newer niches every second day to remain competitive in the market.

Audio Rooms from Facebook is a direct competitor to Clubhouse which has become an instant hit in the industry after its launch. The platform is an invite-only social audio platform that allows moderators and hosts to create rooms and anyone on Clubhouse can join those rooms to have a vocal conversation on any topic. The concept of this new platform has the audience hooked and Clubhouse, per se, has become one of the most popular and trending platforms across the globe.

Facebook being the social media conglomerate sees the opportunity in this new niche and is thereby launching Live Audio Rooms that works on a similar concept. Conversations will stream live on the new Facebook platform and hosts can invite other members to the speaking panel.

As mentioned in a report by Engadget, The Facebook application will promote its new Social Audio feature on Facebook Stories. The company will fairly rely on automation and user reports, according to the report, to enforce its content rules with the new Facebook feature.

Speaking of promotions, Facebook will heavily promote Live Audio Rooms in Facebook Groups where admins can host rooms and enable live audio streaming features for members. The company is starting its promotions with select groups but with time, it will expand its functionality.

Having said that, Clubhouse started out as an invite-only application available exclusively on iPhones but seeking the extraordinary response, it expanded to Android and with such a large audience on the platform, it is difficult to keep the conversational audio rooms away from trouble. Clubhouse has been actively struggling with reports on how to control who speaks but Facebook is taking the more cautious route by enabling the Live Audio Rooms only for verified public figures and only in the United States. Creators who have a good standing in the U.S. can also host Facebook’s Live Audio Rooms and anyone on the platform can join and listen to what the verified public speakers have to say. Hosts can even invite non-verified speakers to speak up on the panel.

Other than this, Facebook has also introduced its Podcast feature on the platform and has even begun to add some of them. With this feature, users will now be able to listen to their favorite podcasts while browsing their Facebook news feed. With these features being launched, the social media conglomerate is taking on Clubhouse, Twitter, and Spotify at the same time.

There is a reason why Facebook is still the king of social media and if you can’t join them, become them to beat them.