As per a new threat intelligence report released by social media giant Facebook, the United States sits at the top of the list of targets, among the 150-odd disinformation campaigns that have been caught and removed by the platform in the past four years. Among these campaigns, most have originated in other countries, but a significant number have come from people in the US itself, who seem to be targeting their fellow country-people. 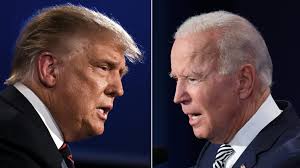 One popular causes for the campaigns have been the Presidential Elections of 2020, as per Nathaniel Gleicher, Head of Security Policy at Facebook. One of these campaigns came directly from a marketing firm based in the States, which was working on behalf of its clients, a pro-Trump organization among them.

A total of 16 “coordinated inauthentic behaviour networks” (a fancier term for disinformation campaigns) were taken down around the time of the 2020 elections. Out of these, five were from the US, five from Iran, one from China, and five from Russia.

Russia and Iran Playing a Part?

The researchers have further added that a few of the campaigns had links to the Governments in Iran and Russia. Following this, Facebook also admitted to having witnessed a first-of-its kind “perception attack” on its platform. In the attack, the Iran-based actors made use of social media for giving the false impression of having pulled off major electorial hacks.

Gleicher also said that now, the US has become more vigilant towards such attacks, as have other countries which are hot targets for disinformation campaigns, including the likes of the United Kingdom and Ukraine.

He then wrapped up by claiming that Facebook is getting better at the game of “Uncover and Stop the campaign”, thanks to having been doing so for the past few years. Even smaller operations are now finding it difficult to get past the surveillance systems, he signs off.