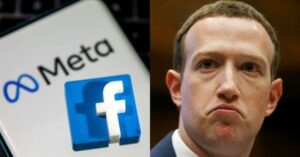 Reports suggest that Meta Platforms’ Facebook used a front group to secretly place op-eds in local papers around the United States. This was in hopes of lobbying Washington to back down from an antitrust legislation targeted at enhancing tech competition.

According to reports, political advocacy group American Edge, funded by Facebook, launched a public relation campaign in March. This was around the same that US Senate uncovered a bipartisan piece of legislation seeking to rein major tech companies. Although the ads and op-eds claimed to be from groups which represent small businesses, they were actually paid for by Meta’s Facebook.

Moreover, the reports stated how these ads and writings place warnings of a ‘misguided agenda’ to snatch the ‘technology we use every day.’ Some even mentioned how a range of local business owners were running several op-eds and letters to the editor in many of the country’s small newspapers. In fact, they were surprisingly alike in wording as they visibly defended big tech companies.

The Senate bill is set to target the major tech giants on the basis of market valuation, along with user base — possibly affecting firms such as Apple, Amazon, Google, Facebook and Microsoft. They would be suspended from boosting their products and services in search results, along with other steps for promotion during competition.

Evident placement of op-eds in newspapers:

Several op-eds were visibly placed in various local papers by American Edge, whose sole funder is Facebook. Moreover, it commissioned studies purporting to show the risk the bill posed to the US tech sector. It also ran ads warning that the country would lose it tech lead to China in case it went on to place antitrust restrictions on it most significant companies.

Additionally, American Edge enlisted former national security officials to come up with crucial predictions of Russian cyber-hacking in the event of Congress going ahead with its reforms. These ads comprised of small business groups’ pitches such as those from The Alliance. It is a economic development organisation based in Mississippi, which spoke against the proposed legislation.

Facebook was charged by critics claiming that it’s hiding behind the front group as a way of getting its message across to the public. Moreover, Meta publicly claimed that it is ready to cooperate with lawmakers to reform internet regulations.

A spokesperson for the company told the Washington Post that “we’ve been clear about our support for the American Edge Project’s effort to educate the public about the benefits of American technology.”

“But the proposed antitrust reforms would do nothing to address the areas of greatest concern to people and could weaken America’s competitiveness.”