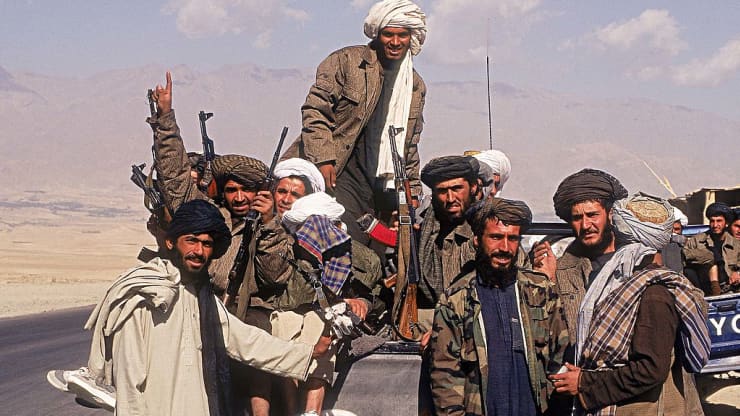 Facebook, TikTok won’t lift ban on posts that promote Taliban after the fall of Afghanistan

Following the Taliban’s takeover of Afghanistan, Facebook and TikTok announced Tuesday that they will not lift their bans on content that promotes the Taliban.

The social media behemoths told CNBC that the Afghan group, which has long exploited social media platforms to spread its views, is a terrorist organisation.

Facebook claims to have a specialised team of content moderators who monitor and remove Taliban-related posts, pictures, videos, and other content. The exact number of persons on the team is unknown.

In a public press conference in Kabul on Tuesday, the Taliban’s spokesman, Zabihullah Mujahid, slammed Facebook for censorship, alleging that the internet giant’s restriction is suffocating the group’s freedom of speech. Several user accounts tied to Mujahid were apparently deactivated from Facebook this week after they were reported to the company by journalists from The New York Times.

Over the weekend, the Islamic extremist group took control of Kabul, including the Presidential Palace. Following President Joe Biden’s decision to withdraw US troops from Afghanistan in April, the Taliban made significant battlefield gains, and the rebels now control nearly the whole country.

A Facebook spokesperson told CNBC: “The Taliban is sanctioned as a terrorist organization under U.S. law and we have banned them from our services under our Dangerous Organization policies.”

According to the spokesperson, the Taliban has been banned from Facebook for numerous years. According to Facebook, this implies that accounts operated by or on behalf of the Taliban, as well as those that applaud, support, and represent them, are removed.

“We also have a dedicated team of Afghanistan experts, who are native Dari and Pashto speakers and have knowledge of local context, helping to identify and alert us to emerging issues on the platform,” the Facebook spokesperson said.

Facebook stated that it does not make decisions on whether or not to recognise national governments. Instead, it defers to the “international community’s authority.”

TikTok declined to issue a statement, but informed CNBC that the Taliban has been labelled as a terrorist group, and that it continues to remove content that praises, glorifies, or supports them.

Facebook’s restriction extends to Instagram and WhatsApp, however reports claim that the Taliban continue to communicate via WhatsApp. Because the chat platform is end-to-end encrypted, Facebook is unable to see what individuals are saying.

YouTube, which is owned by Alphabet, claims that its community guidelines apply to everyone and that it enforces its regulations based on the content and context in which it is presented. According to the company, it permits information that is sufficiently instructive, documentary, scientific, or creative.