As of last week, social media giant Facebook has launched “Good Ideas Shops in New York, Seattle, and Fort Worth, Texas, as part of its new advertising campaign in the US, with the aim of boosting small online businesses as the the year’s busiest shopping time approaches. By doing so, Facebook is attempting to use storefronts loaded with QR codes, to direct offline buyers to online businesses. Another similar store is set to debut at Los Angeles in December this year, but that will reportedly be specific to Black-owned businesses, in line with the company’s initiative, #BuyBlack Friday.

Visit a Stotefront, Then Shop Online 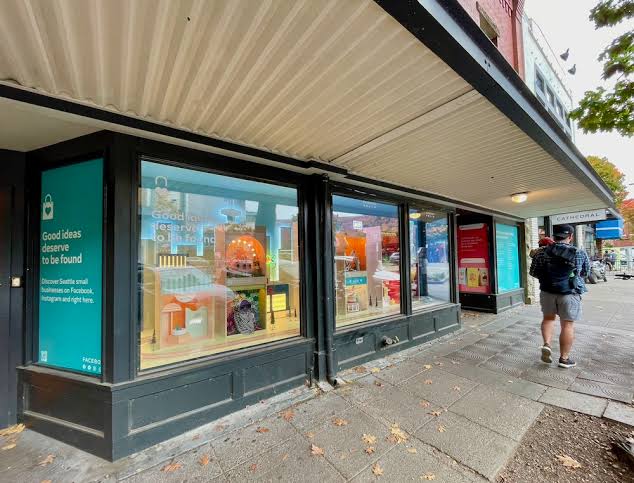 In Seattle, Facebook has set up a window display at the famous Ballard neighborhood. The display has been created for 10 separate businesses situated in the city itself, with each of them having their own QR code. Small boxes have also been set up, featuring products from the stores, to create a streetscape of sorts. The idea is to attract shoppers to the online shops of these businesses on Facebook and Instagram, from the storefront.

A representative for the firm has said that “Good Ideas Shops” will work to highlight how FB aids small businesses in getting discovered, with the “out-of-home campaign” being assisted with ads like the one running in newspapers.

Shifting the Spotlight to Smaller Businesses

This new campaign apparently seems to be a part of Facebook’s “Good Ideas Deserve To Be Found” initiative, which the company had discussed in a blog post earlier this year. Back then, it had said that it was keen to spotlight small businesses, seeing as how so many of them were facing the “greatest challenge of their lifetimes.” In the post, it had also gone on to call digital marketing and personalized advertising a “lifeline.”

At Ballard, the businesses that have been featured include The Seattle Barkery, Radnor Golf, Wunderground, Kornerpocket Billiardz, and Mylle. None of these had to pay for the placement. Following the deal, Wunderground brand director Kathleen Tarrant has said that they “love this way of discovering us,” while expressing their happiness at becoming one of the mode scanned codes.

Weird For People Who Wanted Something Tangible

At the same time, many shoppers said that while they found the idea of urging people who had intended to shop at the conventional stores, to go online, a little “weird,” they liked the fact that they got to see more businesses that might have otherwise remained hidden.

Nevertheless, they have also added that offline shoppers probably wish for something “more tangible” than online shopping, while acknowledging the fact that the effort appears to be a “better use of space” than leaving the completely vacant.