Fake Messages On WhatsApp Claims To Link The Users Devices To The Government. Beware 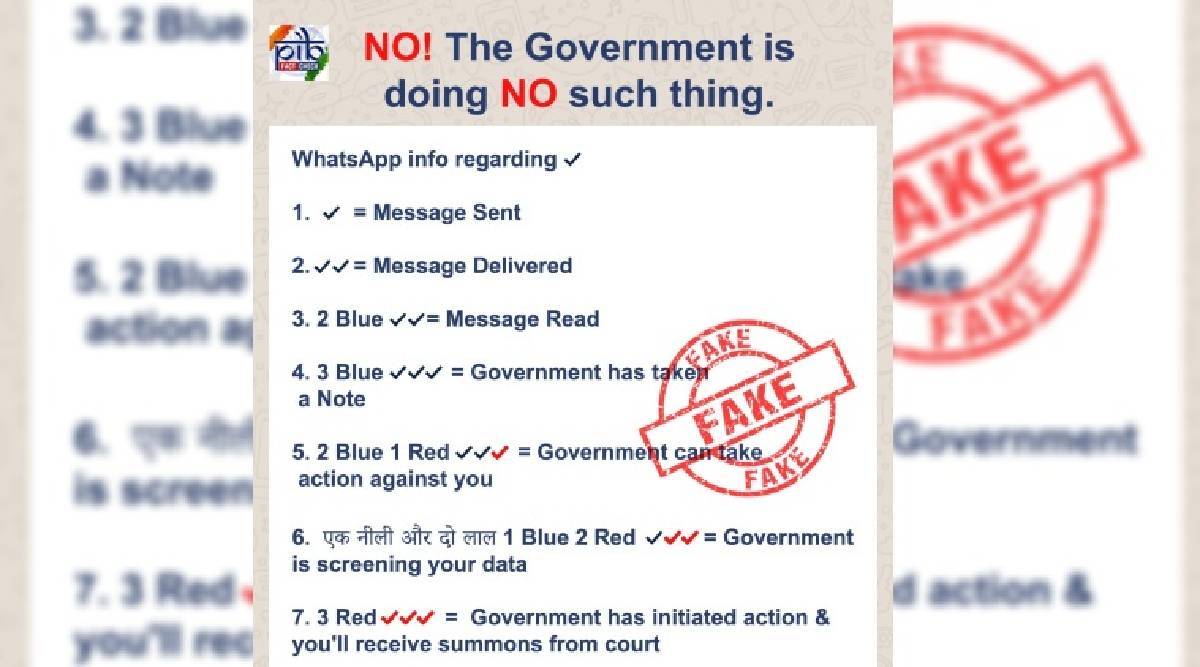 This is a fuel to the fire in the matter as it broke in the middle of the legal lawsuit between the Government and the Facebook owned WhatsApp messenger over the app’s latest terms of service and the newly announced IT rules by the MEITy.

The message which, the government cleared that is fake, had been circulating in many WhatsApp groups. This fake message claimed that the messenger will be rolling out new communication features and rules for tracking messages and calls that will connect the user’s device to the Government. The false message also says that the new system that will roll out will also allow the law enforcement authorities to take legal actions against the users who post messages or media or talk against the government that are critical for the government.

Whatever said here is not true at all as there is no such change in the system of WhatsApp. It should also be noted that the WhatsApp messages are end-to-end encrypted so that no one, not even WhatsApp itself can read the conversations or access it, therefore the government is however out of the picture.

Circulation of these types of messages that contain fake news or false claims have become common now. Just as similar of a message was also being circulated about a year ago as well where the mentions of “red ticks” was done and that the government would be able to access the users’ account.

WhatsApp users are appealed to not forward and circulate these types of messages. Keeping the current situation in mind, it will be a lot easy for the users to believe on this as WhatsApp is already defending itself from the actions of the government and the new IT rules which are going to be imposed on all social platforms.