Fantasy Cricket is Back with IPL Beginning From 19th September

Finally, after almost 5 months of ups and downs, we have some great news for all the fantasy sports enthusiasts. The Indian premier league will now commence from 19th of September positively.  The IPL officials were waiting for one final green light from the Indian government. 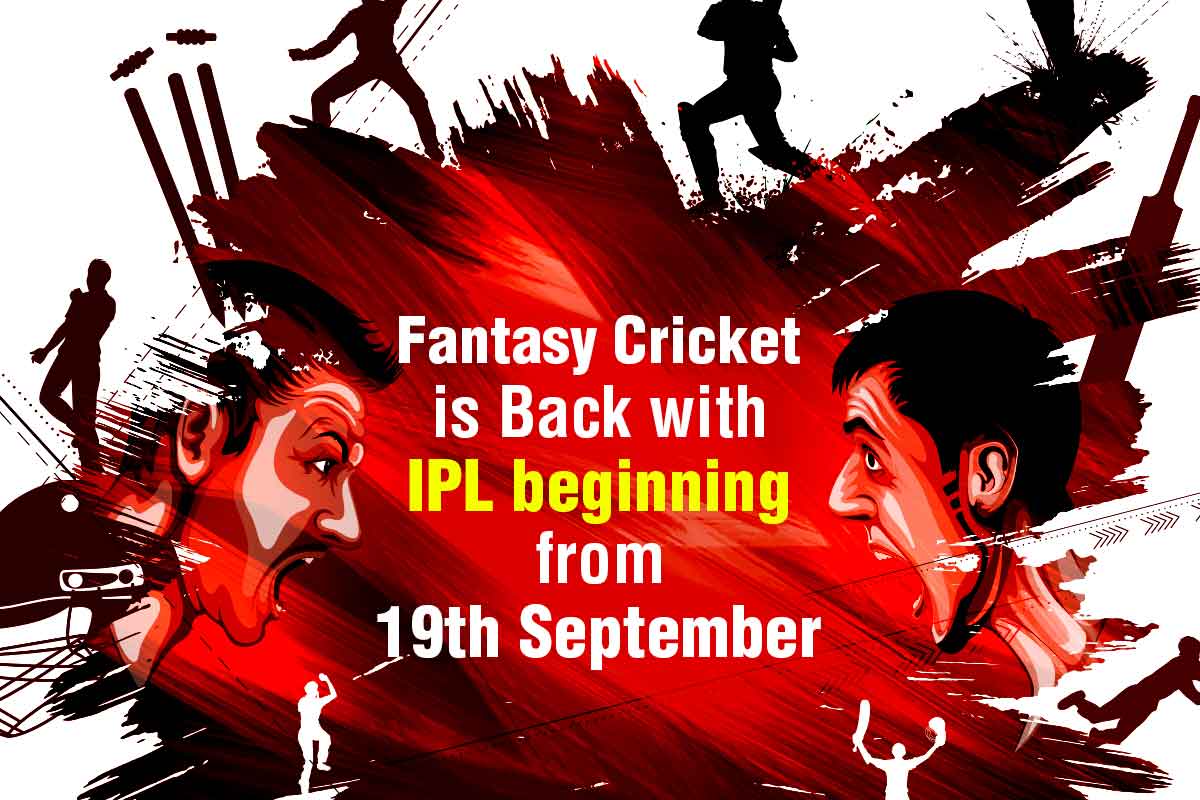 The COVID-19 situation is getting worst in India and the numbers are rising every day. Keeping the safety of onlookers and players as a priority, the authorities have decided that the Indian Premier League will be staged in the United Arab Emirates (UAE) and the matches will be played in Dubai, Sharjah and Abu Dhabi

The same was conveyed through Indian Premier League’s official Twitter account with a message from Jay Shas who is the secretary of the Board of Control for Cricket in India (BCCI). In the same message, he also shed some light on the Women’s T20 Challenge which will also take place in the UAE and will comprise three teams with four matches to be played during the IPL Playoff week. All the matches will be played in zero crowd stadiums in a bio-secure environment.

The final will be played on 10th November 2020. The 53-day tournament will witness 10-afternoon matches starting at 15:30 IST while the evening matches will start at 19:30 IST. So there you have it, now there is no room for any excuses for you to try fantasy sports. You can watch your favorite sport and earn thousands and thousands of rupees on a daily basis.

Apart from the Indian premier league, there are many other matches that are going on. You can make your teams in those matches and become a pro in the realm of fantasy sports so that when IPL comes you can be ready with all your mighty force.

Don’t know how to use fantasy gaming to your advantage? Worry not, we are here to help. In fantasy cricket, you have to make a team and you have to think like a team manager. You start by making your team and after selecting the team you have to select a captain and a vice-captain both of which will help you win the match because in fantasy sports whatever your captain and vice-captain scores it gets multiplied by 2 and 1.5 which gives you a good amount of total. You can watch your game while managing your team in the comfort of your home.

If you are new in the world of fantasy sports then you can update yourself with the knowledge of cricket players, stadiums, pitches, and everything related to cricket. Still, confused about the right platform to do all this? Let us introduce you to BalleBaazi.

BalleBaazi is India’s leading fantasy sports app with a user base of 4 million fantasy sports enthusiasts who are earning real cash every day. Launched in January 2018, the fantasy sports conglomerate has since become a mighty force in the Indian fantasy gaming space and now it’s considered one of the best fantasy sports apps in India. As the name suggests, BalleBaazi started with cricket as its primary sport but then branched out in several other games like football, kabaddi, basketball, and baseball.

Not only just cricket but you can earn real cash through these other sports that they offer. If you are a fan of football then go on and make a football team, If you think your knowledge of basketball is impeccable then make a basketball team. There is literally nothing stopping you from earning real money online. So take out your smartphone and download BalleBaazi. Apply your knowledge and start earning real cash right now.

If you want to dabble in the world of fantasy sports then BalleBaazi is the best way to do it. You can win free tickets from the weekly contests. You can use BalleBaazi Codes and get up to 100% Bonus. BalleBaazi has been chosen as the best fantasy sports app in India by the 4 million-plus user base that they have and this user base is growing rapidly. If you should do it, then do it with BalleBaazi.