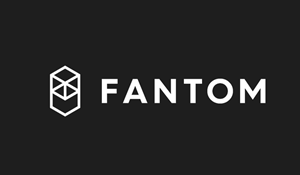 Your $1,000 investment would have gotten you 59,102 FTM tokens valued 0.01692 apiece on January 1. According to CoinMarketCap, those tokens were worth $1.66 each as of yesterday, resulting in some staggering profits.

What does Fantom do?

Fantom is a smart contract cryptocurrency platform that, like many Ethereum clones, offers minimal transaction fees and rapid transactions.

This feature is at the heart of the decentralised finance (DeFi) business, which eliminates the intermediary in a wide range of financial transactions. For example, smart contracts allow an insurance broker to pay out automatically when specific circumstances are met, eliminating the need for anybody to register a claim.

The price increase in Fantom reflects a surge in investor interest in next-generation smart contract platforms. Several significant announcements including the debut of Rarity, a game in which players may create and exchange non-fungible tokens (NFTs). NFTs, a form of digital collectable, are also in high demand right now. NFTs record ownership information via smart contracts, making each one unique, and NFT gaming is a popular area.

The risks of investing with a “what if” mindset

Playing the “what if” game can be entertaining, but life isn’t that way. If we’d all bought Bitcoin, Ethereum, or Amazon at the start, we’d all be millionaires.

But, with over 11,000 cryptocurrencies on the market, it takes time, patience, luck, and maybe even a little genius to sift through the possibilities and find one that can turn $1,000 into $100,000 in less than a year. That, and a high-risk tolerance.

It’s important to remember that over 2,000 coins have previously failed. If you had invested $1,000 into one of them, you would have lost it all. And if you had invested $1,000 in Fantom at its top in May, you would have seen it plummet by nearly 80% in just two months before recovering again. One of the reasons it’s advisable to invest for the long term is because of this.

Investing in cryptocurrencies can be risky and speculative. On a coin like Fantom, you could make astronomical profits, but there are no certainties. Furthermore, the market is unpredictably volatile and often unregulated. Nobody could have predicted that Elon Musk would embrace Dogecoin as his personal pet coin and drive the joke coin into the mainstream (except perhaps Musk himself). We can’t always trust the information these projects disclose about themselves because of the lack of control.