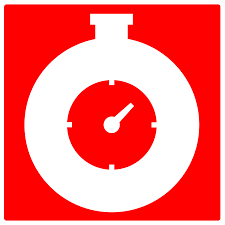 What would happen if some of the world’s biggest websites (and most of your favourite ones at that) were to go for a shut down together? Internet users worldwide got the answer to this question on Tuesday, after a massive global internet outage caused several of the most popular websites to go down.

News, social media, and even governments were not spared, as reports emerged claiming that the cause of the outage can be attributed to Fastly, the US-based provider of cloud computing services.

In response, Fastly posted an update on its own website (can’t say if it was saved from the outage or not), saying that it was in the middle of investigating the issue and the “impact to performance”. The site further revealed that most of its areas of coverage showed a “Degraded Performance”.

Amazon Inc.’s online retail portal was also not to be left behind, as it went down in a manner seemingly unrelated to the issue at Fastly, but equally problematic nonetheless. Twitch, which is also run by the e-commerce giant, also reportedly faced some problems.

As for social media platforms, Reddit was among the worst-hit, with some 21,000 users facing trouble with the site. Outages were also witnessed by popular news outlets, including the New York Times, the Financial Times, Bloomberg News, and the Guardian.

Other websites which were caught up in the problem included the likes of BBC, Spotify, Stack Overflow, HBO Max, PayPal, Quora, Shopify, Stripe, Hulu, GirHub, Pinterest and Vimeo.

Fastly managed to slowly get the problem under control, around an hour after the first outage. An update at 3:50 AM PT had read that the issue which had caused the problem had been identified, and was being fixed.

In case your wondering, content delivery networks (CDNs) like Fastly play a major role in allowing many of the major websites in the world to remain up and running. Rey improve the performance of the internet, by creating and managing complex webs and networks between servers.

They also act as proxy servers and cache some important data close to the user-end. An example can be media content, which allows webpages to be loaded quickly, instead of the CDN having to fetch the data from the servers every time.

Fastly is one of the more popular CDN services, and is often used by media outlets. The problem on Tuesday didn’t comprise a single data center, but instead,affected the entire system at Fastly, as a whole.