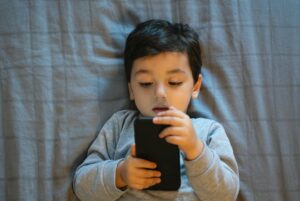 Kids being ignorant as to how to moderate their screen time has been a common occurrence. In a similar incident, a desperate father had to take down an entire town’s internet to regulate his children. A man from France appeared to accidentally blitz an entire town’s connection to get this children offline. For the outage, he is set to face up to six months in prison.

The report about the unnamed father came from the outlet France Bleu. He apparently attempted to use a multi-wave band jammer to cut off the internet connection at his residence temporarily. The incident occurred in the French town of Messanges,

The multi-wave band jammers the man had reportedly used are illegal in both France and in the United States. They work by initiating interference between telecommunication signals, hence stifling connections. In spite of its illegality, people are still known to get arrested for using them most of the time.

In this situation, the concerned father deployed the device hoping that his prying children, addicted to social media, would get away from their devices. When a government official later questioned him, the man confessed that his only intention was to cut the internet connection at his house, Specifically, between midnight and 3 a.m. at night in order to get his kids to put down their respectively devices and go to bed.

The out France Bleu reported:

“He was thinking of depriving his only children of the internet and did not imagine that the wave jammer he was using would disrupt telecommunications in an area spanning two municipalities.”

What the father did not realise was that the jamming device was powerful enough to deprive the entire surrounding area of internet connection. Though he had only targeted for just his residence to lose its connection, the entire neighbourhood suffered. Eventually his neighbours began to report about the outages they had been facing.

As the government officials were forced to investigate, legal proceedings were initiated soon after. An investigation by the organisation of National Frequency Agency established his fault. He is now said to be facing up to six months in jail, along with a fine of 30,000 euros.

A tweet from a similarly concerned parent about Screentime: