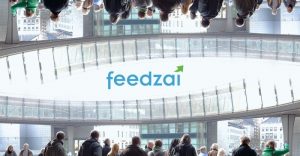 Feedzai Inc. raised a funding of $200 million. The round was led by investment firm, KKR. The funding, announced this morning, will raise the startup’s outside funding to above $277 million and its valuation will supposedly cross the $1 billion mark.

The startup is based in San Mateo, California and Lisbon, Portugal. It specializes in the sale of fraud detection platform powered by artificial intelligence, that helps banks in particular to prevent illicit and illegal transactions in their systems. It is a suitable and efficient alternative to traditional fraud detection tools, which require manual definition of the criteria that a particular transaction must fulfill in order to be flagged for review. The artificial intelligence algorithms that replace the manual designs are capable of tracking a larger number of threats with increased accuracy, while also saving time.

According to the claims of the startup, the algorithms determine whether the transaction should get the stamp of approval or not, in less than three milliseconds, which in other words is faster than the blink of an eye. A feature that is highly desirable when it comes to optimization of time and efforts, with the best possible results.

The platform’s assessment generation is based on a number of factors. For instance, it evaluates the new transactions made from a device, the recent history of unusual activity in a user account, so on and so forth. In addition to that, the platform also displays ample information about its assessments in its interface. This is an added advantage for a company’s finance team while conducting fraud reviews. 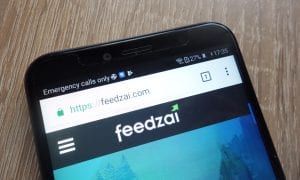 It also offers advanced tools which facilitates the identification of relationship between individual transactions, credit cards and other entities. This equips the analysts with a better toolset when it comes to in-depth investigations.

In case, a company has advanced technical requirements, then it can make use of custom AI fraud detection tools, in addition to Feedzai’s platform. As a part of the platform, Feedzai also provides neural networks such as DataRobot, which can be imported by these companies.

If the claims made by the startup are to be believed, the Fortune 500 firms and other organizations utilisinf the platform have over 800 million customers across the world.

The capital raised from the funding will be used to further polish and refine its detection abilities. According to a blogpost of Nuno Sebastiao, Chief Executive,