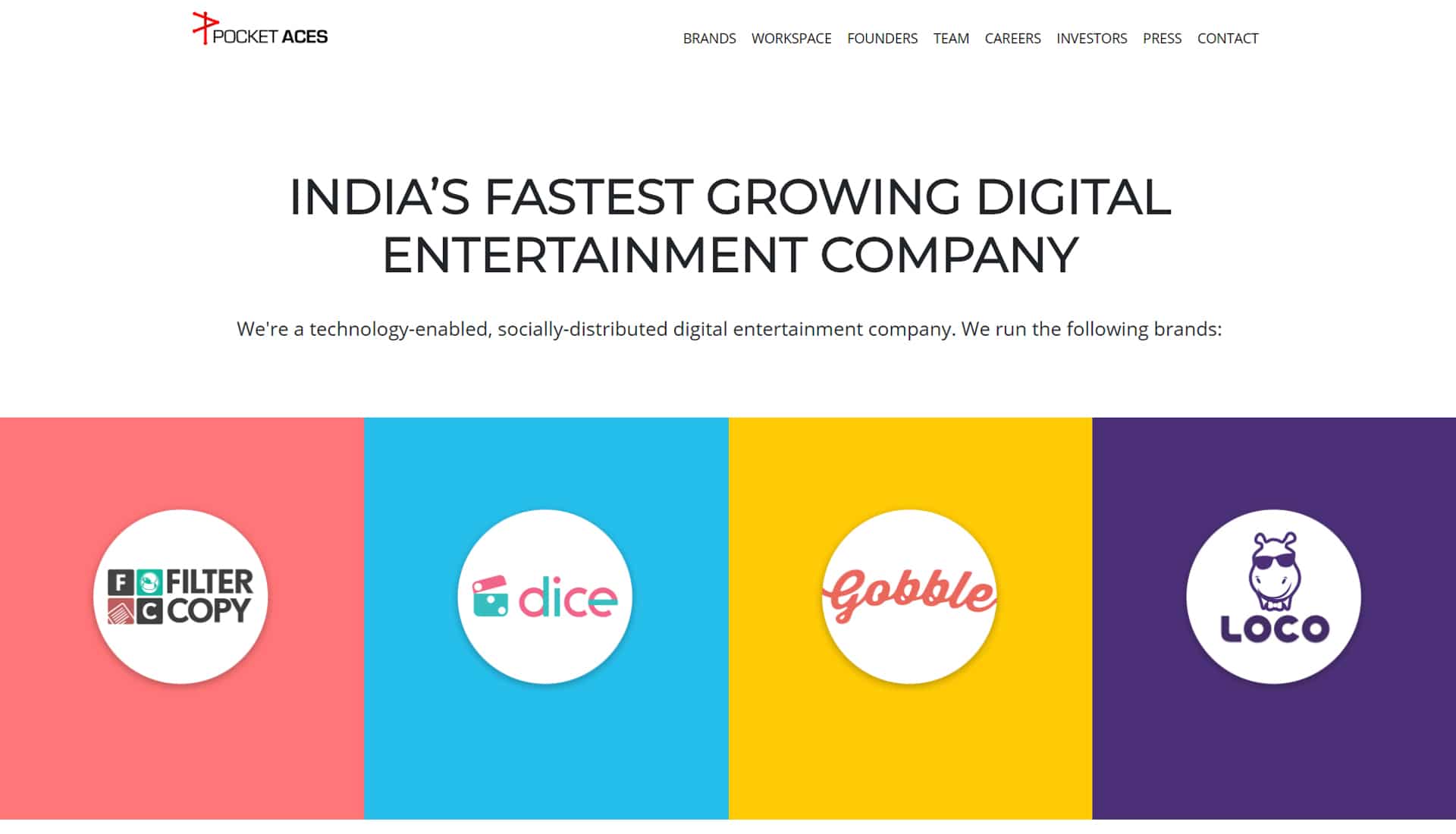 Pocket Aces is a digital entertainment company that runs multiple channels of entertainment with highly relatable video content and most recently the company has announced to raise INR 17 crore in debt financing from Venture Debt fund, Stride Ventures.

When asked about the latest infusion of funds, the company mentions utilising these funds to begin partnership and its growth journey with Stride Ventures given its strong relationships with corporate entities and banks and looks forward to leveraging the Venture Capital firm’s personalised offerings, as mentioned in a report by Entrepreneur.

In addition to this, the funds will be used to maximise content creation output s and investments will be made in newer content formats across its multiple distribution channels.

As we are all aware of the global pandemic and what negative impact it has had on businesses and the economy at large, but media and digital industry boomed with this life pause as everyone was forced to stay and home. 2020 was a year of success for media companies including Pocket Aces as the platform released multiple shows and highly relatable content which is most popular among college teens and students. The entertainment channels kept their audiences engaged during the new normal phase of life with new stories of love and life.

According to reports, Pocket Aces have collaborated with multiple brands across all sectors including Bacardi, Tinder, Mondelez, PureMe, Unacadmy, Hindustan Unilever etc. According to a report by Entrepreneur, the entertainment company has also known to work with platforms like PepsiCo, AMFI, Flipkart and P&G among many others as a part of their advertising and marketing strategies.

Ishpreet Gandhi, Founder and Managing Partner, Stride Ventures comments on the new partnership that Pocket Aces has pioneered digital content in India through its successful data-driven approach towards content creation. He further added that the company delivers content which is relatable and appealing, especially to the younger demographics in the country. Stride Ventures prefers partnering with indigenous companies who have the ability to scale up immediately by leveraging technology. He concludes the statement by saying that Pocket Aces is a great addition to Stride Venture’s portfolio.

In 2020, the multimedia and entertainment industry boomed beyond expectations because of the COVID-19 lockdowns. It was a difficult time for the world and entertainment was a good way of dealing with it. The digital content consumption accelerated rapidly and Pocket Aces innovated new content on priority to keep their audiences engaged and entertained while they capitalised on the opportunity, says Aditi Shrivastava, Co-founder, Pocket Aces.

However, she further mentions that the company is excited for 2021 because of the increased size of the entertainment industry with vast growth opportunities and that it is happy to partner with Stride Ventures on its entrepreneurial journey.

The digital entertainment industry has vast opportunities in India especially after 2020 and it is true as they say, “A good story never goes out of Style”.