Fintech Start-up Innoviti Receives $45 million Investment in Latest Round Innoviti will use the funds to expand the company’s mid-market product lines in electronics, fashion, and grocery.

Innoviti payments solution, another player in the Indian financial tech world came out to announce that the company has raised funds amounting to $45 million USD in their latest round of funding. The total funding is a mixture of equity and as loans. 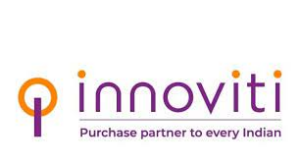 This round was primarily led by Panthera Growth Partners, which is a Singaporean based investment firm. That company alone put in $15 million USD which is a third of the total investment. Many other venture capital companies also took part in the round which includes Alumni Ventures and Bessemer Venture Partners.

The ratio between the debt and the total equity given out has not been revealed to the public.

When asked what the company will be doing with this fresh batch of funds, their spokes people said that they will scale up their mid-market product lines which include consumer electronics, clothing, and fast moving consumer goods. They also plan to utilise and strengthen their use of the wildly popular unified payments interface and bring about and strengthen many features relating to it. They will also be looking to acquire other start-ups in the space that could help all parties involved.

Innoviti has actually been around for 2 decades as it was established in 2002. They facilitate digital payments from various types of cards, online wallets, and even UPI. It also allows lenders to give out loans and even EMIs to people looking for capital at point of sale terminals.

According to the company, they have partnered up with around 25,000 retailers all across the nation located in well over 2000 various cities. They even process transactions that amount to over Rs. 70,000 crores every year and that they even claim to have almost three fourths of the enterprise field in the country.

The company gives out various payments and finance solutions that are industry specific to retailers and businesses in the clothing, fast moving consumer goods, consumer electronics and many other industries.

They even offer Buy Now Pay Later features to their users, but with the new mandate that was released by the Reserve Bank of India, it is unclear as to whether that part of their business will be affected or not.

The company has also said that their gross transaction value every year crosses the Rs, 1000 crores mark which show cases the success that they have been having for so many years. They even have many patents that protect them legally.