Pine Labs, a fintech company in the country just came out to announce that the company has acquired Setu, a fintech start-up company for around $70 million USD to $ 75 million USD. This acquisition has taken place Pine Labs is looking to plant their roots and strengthen their online payments platform and loaning system as it is looking to get listen in the United States of America.

Setu is a fintech start-up company that enables application programme interface usage for financial tech companies so that they can work along side financial institutions such as commercial banks, non-banking financial companies and so on. The company was founded 4 years ago back in 2018 and its head office is situated in Bangalore, Karnataka.

The founders of Setu, in a public statement said that the company will still be run by them and will hold on to its name and will also still continue its operations as a separate entity. 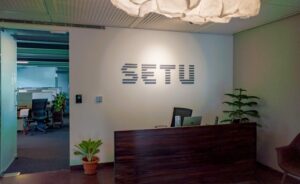 The co-founder and the chief executive officer of the company, Sahil Kini said that their brand, market, customers, employees and deals will still remain the same. But the company now has great potential to grow as with the help of their new parent company, Setu can have access to the massive consumer base that Pine Labs has.

B Amrish Rau, the chief executive officer of Pine Labs said that he is excited and can’t wait to work with the people of Setu. He also said that this is a cross between a payment stack and a fintech stack and with both coming together, the potential for growth is unbounded. He also said that both companies complement each other very well and will be looking for both companies to synergize together and grow along side each other.

Over the past 12 months, Pine Labs approach to the market as been very one dimensional, but they are now looking to expand their business and scale up to various areas in the country and across the world.

Over a year ago, the company acquired Fave, another fintech company and with that, they started operating in the online payments space. Fave Pay is a popular payment app used in South East Asia. Their Buy Now, Pay Later feature has also entered the region recently.

Since its inception, the company has received investments amounting to $1.2 billion USD and the valuation stands at around $ 5.5 billion USD.