Fintech startup FinBox raises $15 million in Series A round led by A91 Partners This would enable the startup to disburse more than Rs. 20,000 crore worth of credit by 2023. 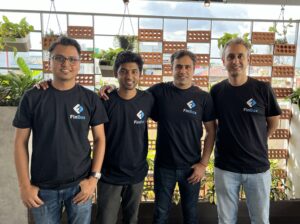 Fintech startup FinBox raises $15 million in Series A round led by A91 Partners.
Source: Tech in Asia

Credit infrastructure fintech FinBox, based in Bengaluru, has reportedly raised $15 million in Series A that A91 Partners led. Additionally, other participants included Aditya Birla Ventures, Flipkart Ventures, along with Arali Ventures’ existing investors.

As mentioned in the press release, the fintech startup is set to use this funding to scale its offering and facilitate expansion to South East Asia. Moreover, FinBox announced that it would go on to double its present workforce in order to power its expansion. Clearly, the fundraise would allow the startup to disburse credit worth more than Rs. 20,000 crore by next year, launching FinBox in various parts of South East Asia.

In the past year, the Bengaluru-based company has witnessed its monthly revenue grow over 700%. This was with its credit facilitation GMV growing by over 80x after the launch of its Embedded Finance platform in January last year.

It is clear that the startup hopes to fulfil its numerous goals with this new funding in its hands. FinBox stated that it aims to power more than 10 million SMEs through formal credit by means of its marquee partnerships with 50+ banks, FinTechs and NBFCs.

The history of FinBox:

The fintech startup was founded by Anant Deshpande, Rajat Deshpande, Srijan Nagar and Nikhil Bhawsika. Essentially, it is a B2B credit risk management platform comprising proprietary data connectors that mainly assists in lending to merchants that are self-employed. Along with it, to new-to-credit customers and non-banking financial companies (NBFCs).

Among its clients, the company counts, Khatabook, Home Credit India, ZestMoney, TrueBalance, IIFL. Along with it, large firms, telcos, banks and others among Fortune India 500 companies.

The chief executive and co-founder of FinBox, Rajat Deshpande gave a statement on the new development. He stated how a ‘curated set of offerings’ to users, provided by the company, determines the ‘future of financial services.’ He added how it ‘improves trust,’ along with the ‘velocity of transactions,’ helping users get their desired products. The company, he stated, would allow this by guiding companies to offer 100% digital products. Additionally, he stated that FinBox aims to make this process easier by the day.

Moreover, A91 Partners’ Kashik Anand stated financial services becoming digital requires the re-imagination of ‘credit and underlying value chains,’ along with being built ‘from the ground up.’ He added that the company is the region’s most significant ‘credit infrastructure player,’ and is well placed to emerge as the ‘leading infrastructure player for banking-as-a-service internationally’ as well.