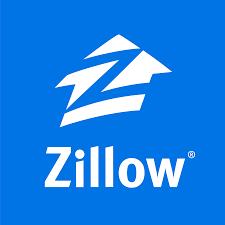 Firms like Zillow in “arms race” to acquire US housing stock

Many firms like Zillow are engaging in an “arms race” to acquire US housing stocks, so as to dominate the high-tech iBuyer industry, or the house-flipping market. The names that stand out among this list include Zillow Offers, which is currently in a $450 million bond deal to take in some much-needed money. Opendoor, on the other hand, recently went public through a SPAC deal backed Chamath Palihapitiya, in a bid to dramatically increase its stock. Meanwhile, Rocket Homes too, is just testing out the waters for its own iBuyer programme, and is hiring agents for the same.

Auction.com’s VP of Market Economics, Daren Blomquist believes that the race is a an “almost frenzied” competition to see who can get the most investory, instead of actually making money through that inventory.

Rocket Homes is rather a new addition to the list of high-tech companies, like Zillow Offers and Opendoor, that are out to make a name for themselves in the housing market. iBuyers are basically a type of real estate middlemen, which eye mid-level houses that are in a decent condition. Once the ideal house is found, they offer to purchase it using cash, and then make the next step, that is, selling the house a lot easier. The house is put on the market, usually at a higher price than before, after a few tweaks and repairs. Meanwhile, the home seller is also asked for a fee for the services, which can vary depending on multiple factors.

The industry is seeing a growth that is both sure and rapid, even though it still remains quite small as compared to the residential real estate market, that’s currently worth a whopping $36 trillion. University of Colorado Boulder’s Mike DelPrete has published an analysis this week, where he says that iBuyers have shifted their focus to a “free-for-all, acquire at any cost strategy.” And the way these companies are hoarding up on houses, it is no surprise that they are currently racking up losses on that account.

Opendoor now has its reach in over 40 markets, and has purchases as many as 8,500 homes in the second quarter alone. Zillow, on the other hand, took in some 3,800 homes during the second quarter, and plans to scale up massively by the end of the year. It expects its Home sector to bring in as much as $1.4-1.5 billion by the next quarter.

At the same time, the latter has also announced that it is borrowing $450 million through a bond deal, to enable it to buy and sell more houses. A spokesperson has told Motherboard that this business model has the potential of generating a large cumulative profit. DelPrete’s analysis backs these claims, as he holds that iBuyers are making a lot more money reselling homes than they ever did before. Zillow’s CFO Allen Parker says that the firm has recently been selling homes for approximately 13% more than what they acquired them for.

With the rate at which this industry is growing, one can expect it to go far in the coming times, especially as these companies offer, in their own words, “convenience.”