Intel, the world’s largest semiconductor maker, announced today to the Securities and Exchange Commission (SEC) that it has purchased 3,014 shares in Coinbase, a cryptocurrency exchange that went public in April. 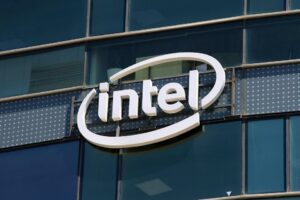 Based on the current Coinbase (COIN) stock price of $261.25 a share, the shares are worth about $787,000 as of this writing. The shares were purchased before the end of June, according to Intel’s report.

According to Barron, Intel may have purchased the shares before Coinbase’s direct listing began in April, but the position in the crypto exchange is so minuscule (by corporate standards) that it falls well below the 5% level that would force Coinbase to disclose it when going public. Intel informed the Securities and Exchange Commission about the investment because it has more than $100 million in total investments as a public corporation.

Intel’s investment in Coinbase appears to be a gamble on the cryptocurrency market’s future, as the exchange’s fortunes tend to follow that of the cryptocurrency market. Coinbase went public in April at a time when the market was at all-time highs, but when Bitcoin, Ethereum, and other leading coins fell in mid-May, the stock price plummeted considerably below the original $250 reference price.

Coinbase’s stock price has risen in tandem with the cryptocurrency market’s recent ascent. It hit a recent low of just over $220 per share on July 19, but it’s now worth roughly 19 percent higher as of today’s close. Despite this, Coinbase’s stock is still trading at a discount to its opening day high of roughly $430, which sparked a feeding frenzy among investors.

Since the exchange went public, Cathie Wood’s ARK Invest has been the single largest institutional owner of Coinbase shares. ARK Investment Management holds more than 5.6 million shares in Coinbase, valued at more than $1.3 billion, according to CNN. Another chunk of shares, approximately 4.26 million, are held through the ARK Innovation ETF, which is valued at just over $1 billion as of this writing.

Coinbase’s shares momentarily rose beyond $290 per share this week after the company reported record earnings for the second quarter, with just over $1.6 billion in profit—nearly double the previous quarter’s total. Monthly transactional users (MTU) on Coinbase increased by 44% from Q1 to Q2, to 8.8 million, and the company currently has 68 million verified users.