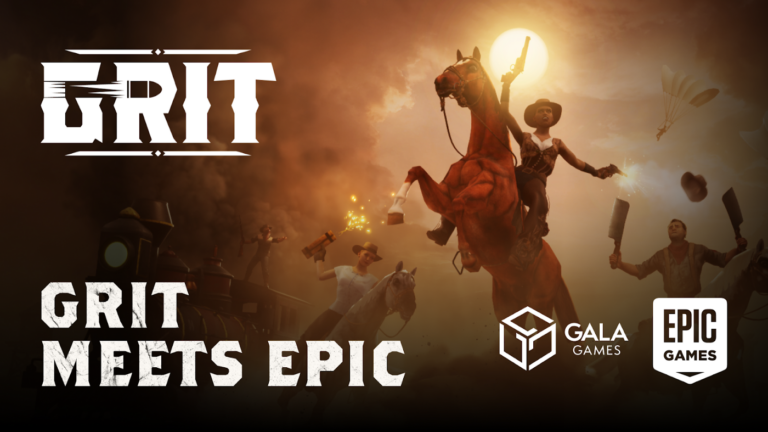 Despite Steam’s October ban on Web3 games containing NFT or crypto hooks, newcomer Epic Titles Store has said that such titles would be allowed as of that date.

Epic has announced the first Web3 game to be released on its platform.

Gala Games announced today that GRIT, an NFT-powered Wild West-themed shooter, will be released on the Epic Games Store. In GRIT, a free-to-play online multiplayer game for Windows PCs, user-owned NFT assets will be accessible for purchase, trade, and usage.

NFT coins based on blockchain technology may be used to verify ownership of a broad variety of objects, from artwork to memorabilia to video game in-game assets. Avatars, cars, weaponry, clothing, and virtual plots of land are some gaming examples.

Gala will offer each of the 10,000 GRIT avatars distinctive appearance and personalization options. The sale of “Gunslinger’s Box” will begin this week at the publisher’s Galaverse event in Malta, where the avatars will be available.

GRIT forces players into a free-for-all battle to the death, similar to Fortnite, but with a Western-style. The game will be powered by Epic Games’ Unreal Engine and will be released in the second half of 2022.

According to the company’s press announcement, GRIT will not be Gala Games’ sole release on the Epic Games Store.

“Epic is a pioneer and industry visionary in the video gaming industry. The addition of Gala Games goods in the Epic Game Store lends credence to this new game genre.” Gala’s VP of gaming, John Osvald, said as much in a news statement. Digital ownership may enhance the gaming experience, and simple access to Web3 games is a watershed moment for gamers who haven’t understood it yet.

Gala Games has swiftly become a major participant in the blockchain gaming industry, employing seasoned game creators like Will Wright (The Sims) and Peter Molyneux (Fable) to produce NFT-enhanced games and attract NFT-savvy celebrities such as Snoop Dogg and Steve Aoki.

Valve took a harsh stance against such titles when it stated in October that it will no longer allow NFTs or cryptocurrencies to be released on its Steam platform.

He stated that for Epic Games Store to accept blockchain-based games, they must meet applicable laws, publish their terms, and be age-rated by an approved organization. “While Epic does not use cryptocurrency in its games, we support technological and financial innovation.”