Firstbase bags funding worth $13M in Series A round 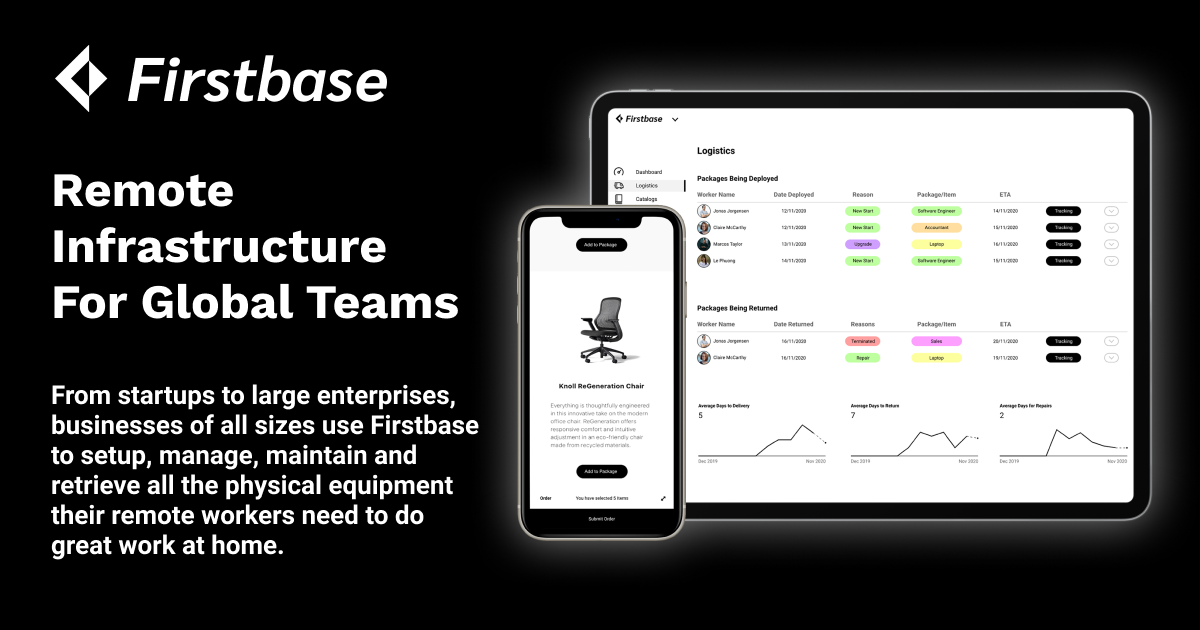 Firstbase is a New York-based remote work platform that offers Software as a Service along with hardware to support the needs of companies with respect to tracking and managing hardware equipment assets.

The start-up has recently announced to have raised funds worth USD 13 million in its latest Series A financing round led by Andreessen Horowitz, a stage-agnostic Venture Capital firm from California. Existing investors including B Capital Group, Alpaca VC, Base Case Capital, Eric Yuan among a few others also participated in the funding round.

The COVID-19 pandemic has struck through the world with mere brutality as it shuts several businesses and leaves many people unemployed concerning the entrepreneurial impact. Employees have not been able to get back to their offices on a regular basis and according to multiple analysts, there is a high chance that remote work/ work from home becomes the primary form of employment in the future.

Having said that, Firstbase is a software solution start-up that has built a software and hardware solution to provide remote workers with the tools and required support for efficient productivity.

Founded back in 2019 by Chris Herd and Trey Bastian, the company has successfully developed a software solution that it sells under the Software as a Service category. This solution helps companies to successfully track and manage their hardware assets that they provide to remote working employees. As mentioned in a report by Tech Crunch, start-ups and businesses can either use Firstbase’s solution on Software as a Service basis or software paired with hardware for better productivity.

Firstbase is still at a pretty nascent stage for attracting major clientele through its hardware offerings. According to the report, the primary source of gross margins for the company is selling its software solution to companies and businesses. On the other hand, the demand for hardware is respectively less than the software as the company has only begun its operations at a steady pace since November last year. The overall product building is and establishment of the business is still at a nascent stage considering the fact that the company just started to onboard customers.

Firstbase initially started off as a fintech start-up, says Chris Herd, the co-founder and Chief Executive Officer of Firstbase. He mentioned in a statement that the original financial technology experience was absolutely stellar but it was hard to provide employees with the hardware they needed and even more difficult to get it back to the company after the employees had left.

Later on, the company developed their own software solution to tackle this issue and eventually realised that it could have wider applications in the market and consequently Firstbase became a SaaS company.